Keith Cornett, owner and editor of www.CorvetteBlogger.com has posted a real treat for Corvette race car fans on his YouTube channel. Keith and a group of Corvette friends spent some time at the Plant City, Florida home and personal car museum of retired Corvette engineer, Bill Tower. The star of the day was Bill’s 1963 Grand Sport #005 Corvette Coupe. 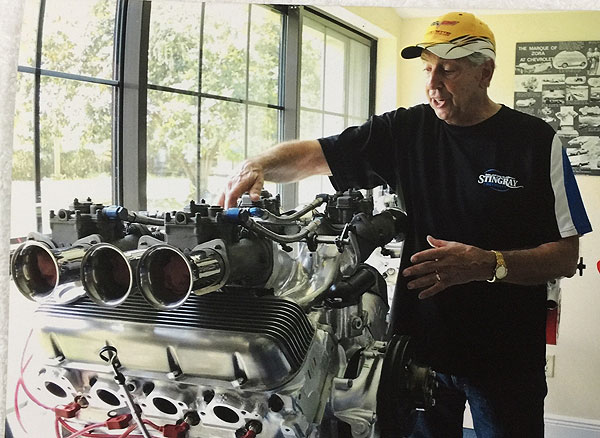 Bill is a living encyclopedia of Chevrolet and Corvette R&D experience and can keep an audience enthralled with insider stories about the early days of secret performance Corvette design and development. After attending General Motors Institute (GMI) in the early 1960s, Bill was hired by Chevrolet and landed a peach of a job (abet a LOT of work!) as a Development Engineer in the Corvette Design Group.
Tower worked with, and, or knew all of the key people within the world of Corvette R&D. Needless to say, Bill has stacks of stories, insights, and understandings

into what went down during the wild days with Duntov and the team. Tower was also pals with race car driver/engineer, Mark Donohue and NASCAR legend, Smokey Yunick.

But for Corvette lovers, his two grand prizes are his 1956 SR-2 Corvette race car and his “Roger Penske” livery 1963 Grand Sport #005. The focus of attention in Keith Cornett’s video is the Grand Sport. Bill shares of juicy details about his Grand Sport with his usual, “Good Ol’Boy” Southern charm. 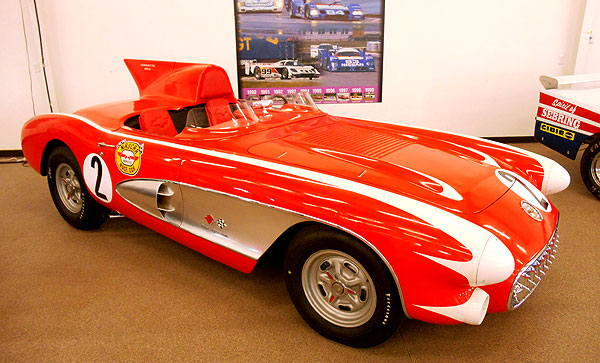 Enjoy this video trip down Memory Lane, from when race cars were 100% mechanical beasts! – Scott

You can read the full story from www.CorveteBlogger.com, HERE. 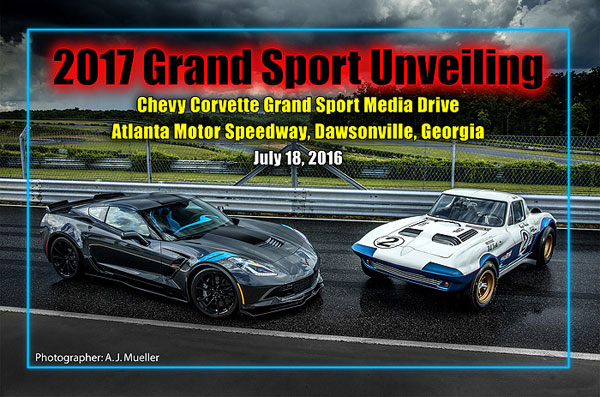 We have a large selection of Grand Sport Corvette art prints HERE. Or, just click any of the below images! 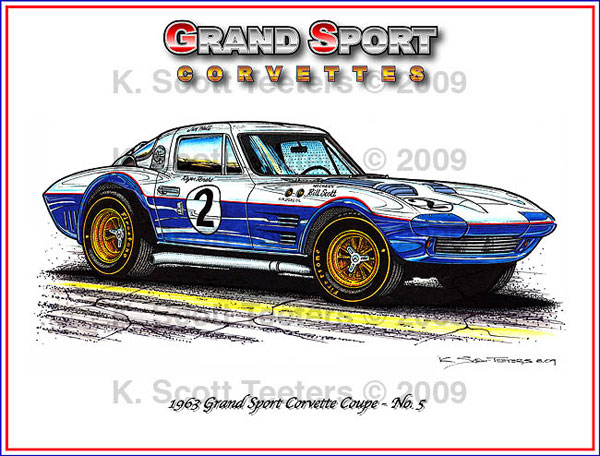 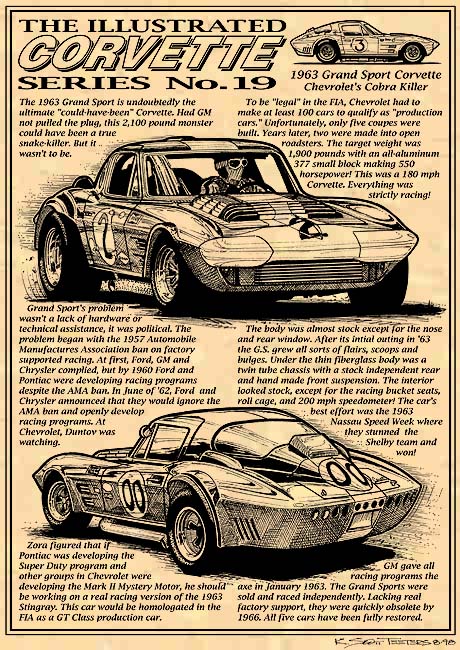 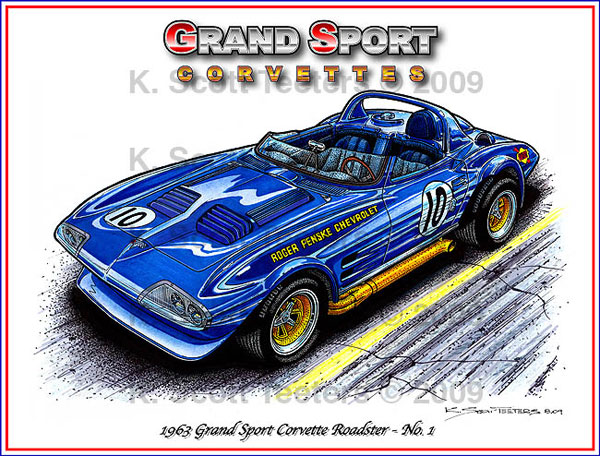 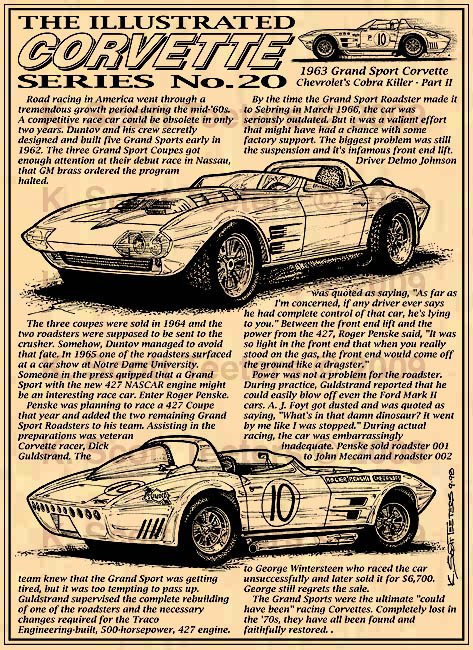