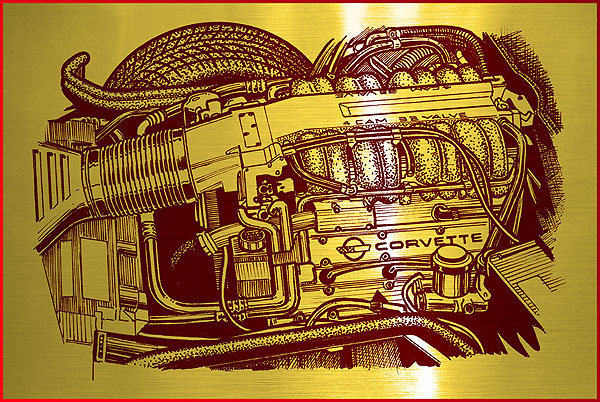 Dateline December 2015: Mercury Marine is generally known for their superb outboard boat motors and chainsaws. They even fielded a NASCAR Ford racer in 1955 and 1956 that won their championship with Buck Baker and Tim Flock driving. By the 1960s their MerCruiser stern-drive line of boats had 80% of the world market. Mercury Marine was one of the world leaders in the design and assembly of all-aluminum performance engines.

Corvette Chief Engineer, Dave McLellan’s master plan for his C4 Super Vette called for an all-aluminum, double-overhead valve, pent-roof combustion chamber engine. The exotic new Corvette engine was designed and developed in a joint venture with Lotus Engineering and the Chevrolet engineering department. This was to be the ultimate street Corvette and had to be perfect right out of the box.

Actual production of the LT-5 engines didn’t start for another 18-1/2 months on July 13, 1989. Production of complete 1990 ZR-1 Corvettes began on August 30, 1989. The C4 ZR-1 has been surpassed by many performance and base model Corvettes. For decades, engines with double overhead-cams, was the stuff of exotic European sports cars. And now you could buy a Chevrolet-built exotic? This was heavy stuff. “Greatness” can be a long and arduous task, but the ZR-1 was worth the wait.