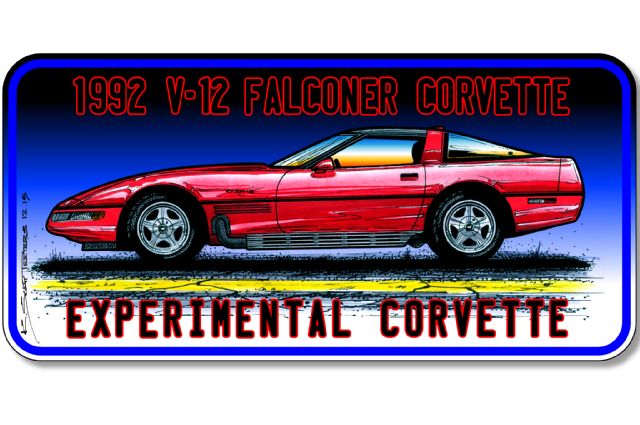 by K. Scott Teeters as written for Vette Magazine and republished from SuperChevy.com
Excerpted from: Trend Setting, Part 15: A look back at Chevrolet’s experimental, prototype, concept car, and show car Corvettes

Dateline 1.22.15: When the Dodge Viper debuted at the North American International Auto Show in January 1989, NO ONE knew what hit them! The Viper was new and fresh, yet the connection to the Shelby Cobra was obvious. Advanced orders were flooding in! You just know that the Corvette designers were going back to the office saying, “DAMN!”

The Corvette team was already working on three fronts: improving the production Corvette, getting the ZR-1 and the LT5 engine ready for production, and honing the CERV III prototype as a possible C5 Corvette. But the economy wasn’t good and the reality of a CERV III-based car seemed dim at best. Meanwhile, Chrysler was going into production with the V-10–powered Viper. This posed a serious threat to the Corvette’s “America’s Only True Sports Car” status. Under the guise of a “chassis development” program, the Corvette team came up with the idea of trumping the V-10 Viper with a V-12 Corvette prototype, nicknamed Conan the Corvette. Enter Ryan Falconer.

Falconer got his start in the early ’60s working for Andy Granatelli on Andy’s Novi engine-powered Indy racers. The last Novi engine that Granatelli used had just 167 cubic-inches, was supercharged and made 837 hp! Later, Ryan joined in the Shelby American team and worked on the GT40 and racing Cobras. Two years later in 1966, Ryan started his own company, building his own racing engines. Falconer’s associates list reads like a who’s who of auto racing legends, including Parnelli Jones, Al Unser, Mario Andretti, Jackie Stewart, and many others.

So when the Corvette team decided to one-up the Viper with four extra cylinders, they decided on one of Ryan Falconer’s stunning, all aluminum, 600-cubic-inch, 683hp, 680 lb-ft V-12 racing engines. Similar Falconer engines usually saw duty in marine applications and as a reliable engine for P-51 fighter plane replicas. The engine is actually a variant of the traditional Chevy small-block, with four more pistons on each side. So, we could consider the V-12 Falconer engine as a “second cousin, once removed” from the small-block Chevy family. Since the Corvette would have to be stretched, this was the perfect time for a “chassis study.”

Remember, in 1989, the production L98 Corvette had 245 hp and the ZR-1’s LT5 was rated at 375 hp. Since the Falconer V-12 was a horsepower and torque monster, the obvious platform to use was a production ZR-1 because the entire drivetrain of the ZR-1 had been beefed up for the more powerful LT5 engine. The biggest challenge was the fact that the all-aluminum V-12 engine was 8.8-inches longer than the production Corvette engine. So the front end of the ZR-1 would have to be stretched 8 inches. SportsFab of Wixom, Michigan, was contracted to stretch the front end. The extra length is barely noticeable, but the ’60s-styled side-pipe covers and big black exhaust collector poking through the front fenders sure were. Those were straight-through pipes, directly off the tuned headers, with no mufflers! With the hood up, the engine looked enormous.

The all-aluminum V-12 weighed 523 pounds, about the same as an iron small-block Chevy. Amazingly, the extra length and the larger engine only added 100 pounds to the overall weight of the car. By comparison, the stock L98 was using a cast-iron block and aluminum heads. The Falconer V-12 used electronic fuel injection with a short-runner intake manifold and the aluminum block had pressed-in cast-iron sleeves, similar to the infamous big-block 427 ZL1. When automotive journalist Don Sherman reviewed the car in the May 1992 issue of Motor Trend, he described the Falconer’s unmuffled exhaust tone as “Satan’s own serenade” and said that the engine’s idle was “ capable of intimidating anything short of a Pro Stocker.”

When Sherman spent time with Chevrolet drivetrain engineer Jim Minneker and the ZR-12, the car fried the big ZR-1 rear tires for half the quarter-mile test track. Actual performance figures were never published, as the big ZR-12 was having overheating issues. Besides, this was just a “chassis study.” Using the published weight of a ZR-1 at 3,465, plus an additional 100 pounds for the honk’n V-12, puts the power-to-weight ratio at 5.19:1! What was certain was that at $45,000 per engine (1990 dollars), plus the chassis and body modifications, this car didn’t stand a snowball’s chance of ever getting into production. It is ironic how what was once a fantasy, “a 683hp Corvette,” is today so easily attainable, and then some.

Nicknamed Conan because of the huge V-12 engine, the ZR-12 was without a doubt, one of the baddest engineering study Corvettes ever made. Almost a throwback to the 1960s when the attitude in Corvette R&D was, “Let’s try it!” 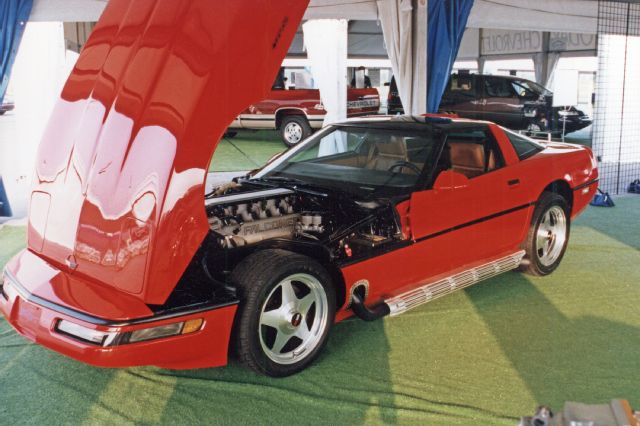