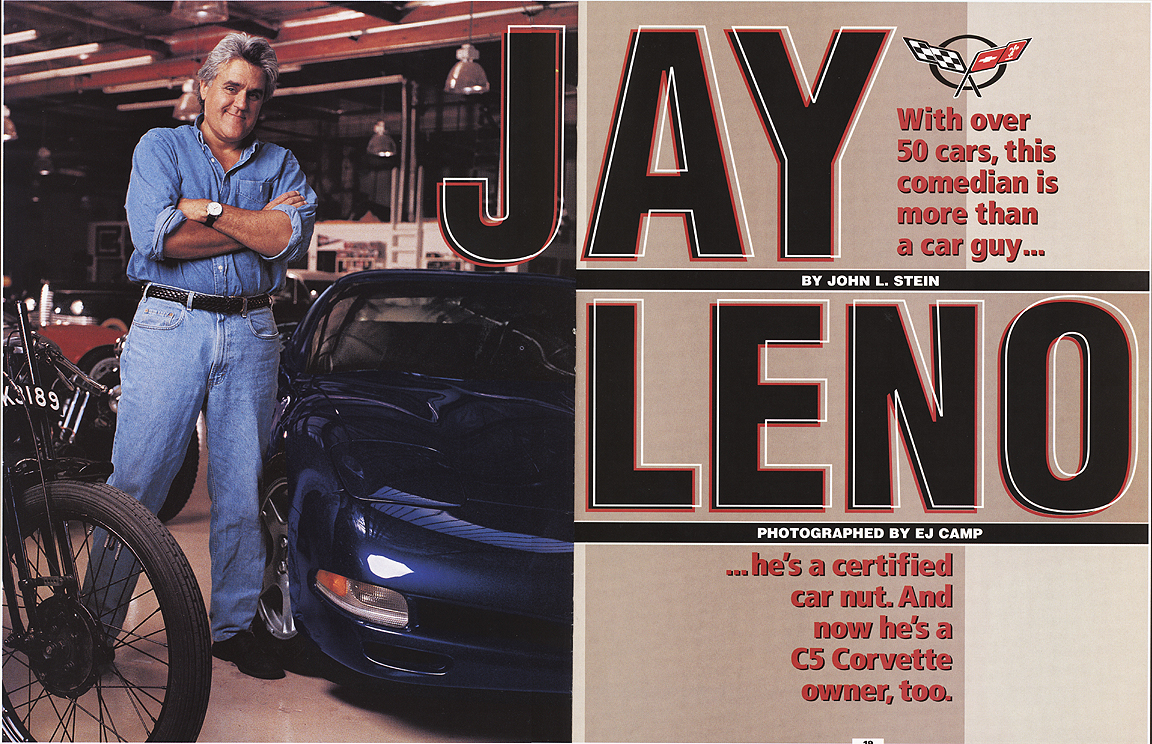 Jay Leno Finally Gets A Corvette! 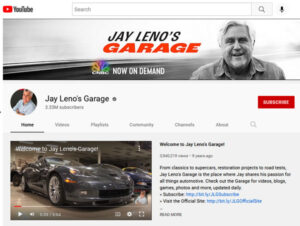 “Jay Leno’s Garage” started in August 2014 as a “special” on CNBC and soon became a prime time series on CNBC the following year. The series ran on TV for six seasons. Many of us have been experiencing Jay Leno’s Garage on YouTube.com that launched ten years ago in 2012. As of today (5.4.22), the channel has 3.33-million subscribers! Typically, the channel adds a new video once a week.

The local Corvette club I belong to is Highlands County Corvettes, here in Highlands County, Florida. Our club leader, John Meyerhoff resides in Lake Placid, Florida, which is about 15 miles south of Sebring International Raceway. The club is very active with Corvette Car Shows on the 4th Saturday of every month, from October through to the end of May. We have Destination Events, a Christmas Party, and we get together every week on Fridays at Oscar’s Family Restaurant in Sebring for breakfast. It is a very social group of guys and gals.

At nearly every breakfast and Corvette show, I hear someone mention Jay Leno. He’s everywhere, he’s everywhere! And the comments are consistently positive. Jay is held in very high regard.

In 1999 Jay drove the pace car at the Indy 500 and in exchange for cash, Jay asked for product and was given a Navy Blue 1999 Corvette Coupe with chrome 5-spoke wheels. For the Jay Leno faithful know, Jay has lots of superb, high-end exotic sports cars, so I was pleasantly surprised when I watched the 23-minute1999 Corvette video on his YouTube Channel that Jay really liked the C5 Corvette! Of course, why wouldn’t he?

The Corvette Quarterly interview with Jay Leno was written by John L. Stein, with photographs by EJ Camp is a fun read. You can read the scans of the interview below. Enjoy! – Scott 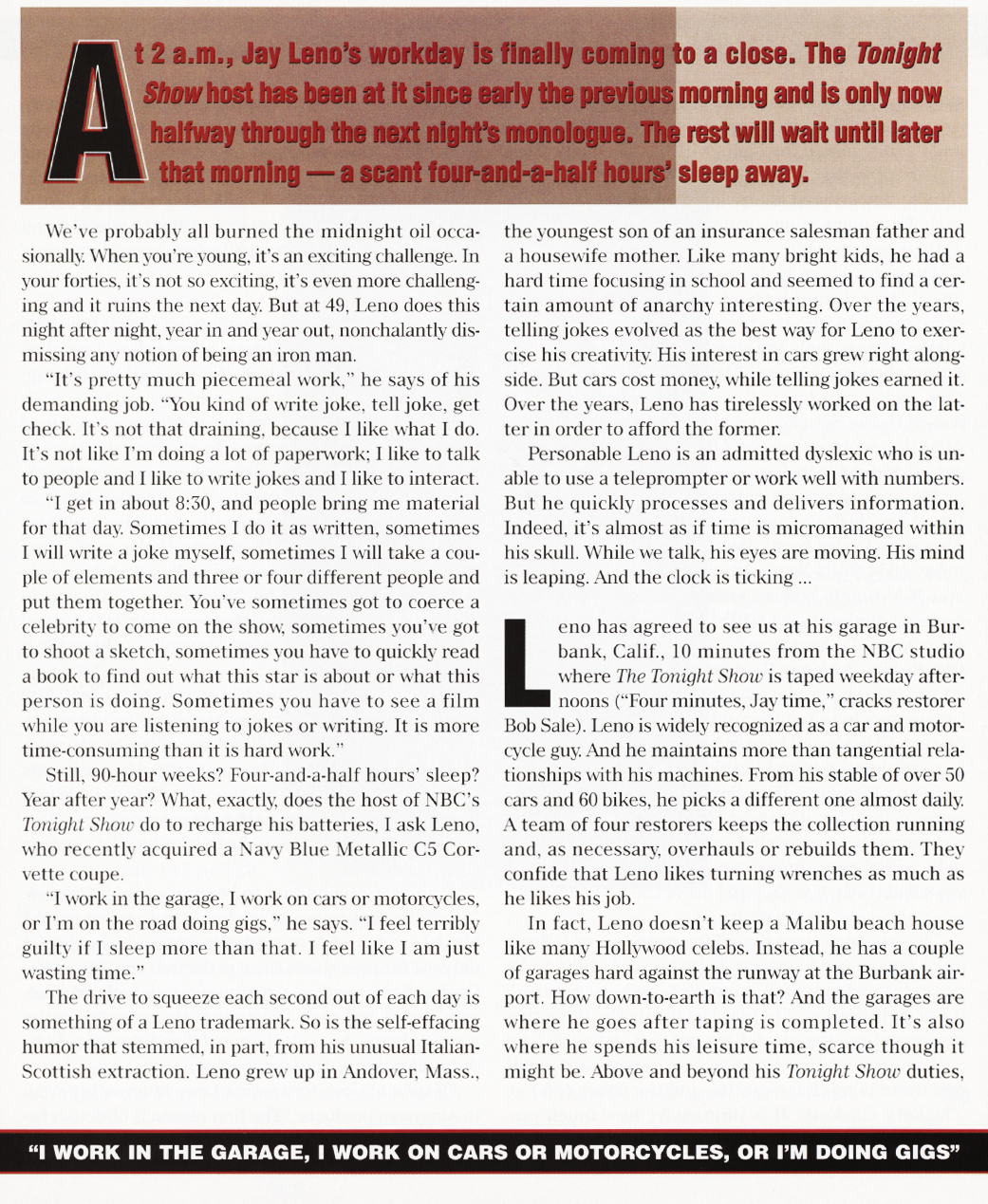 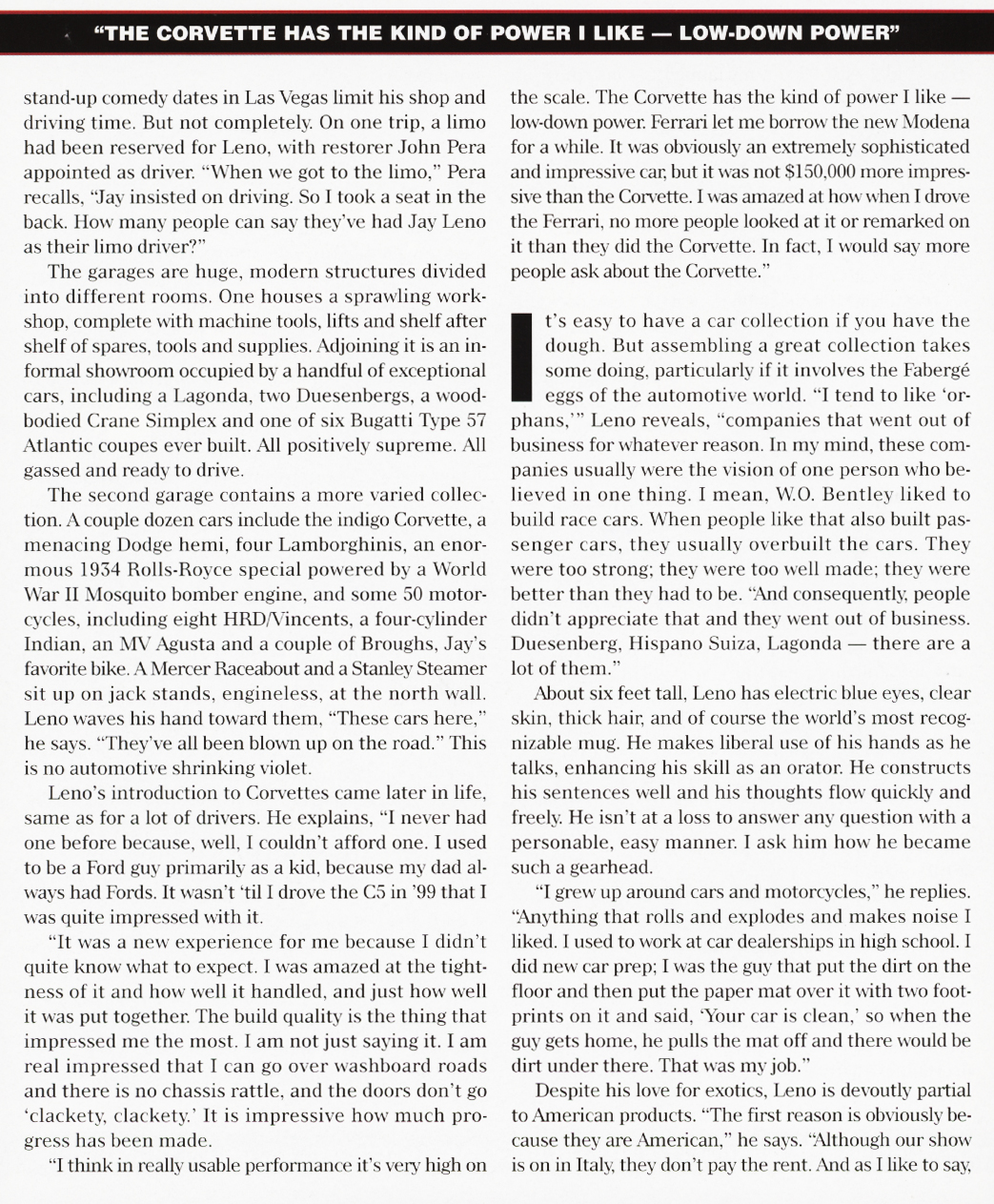 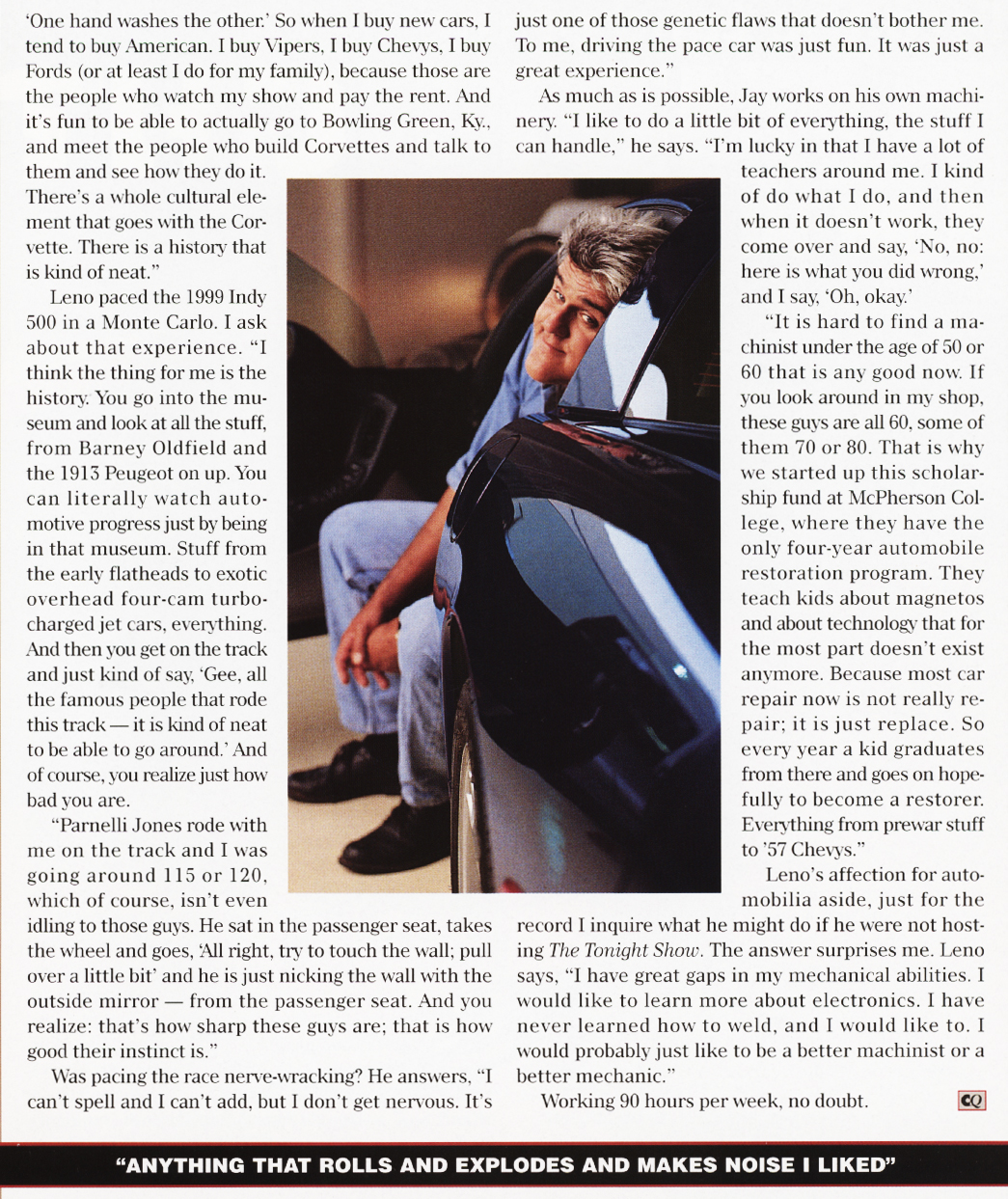 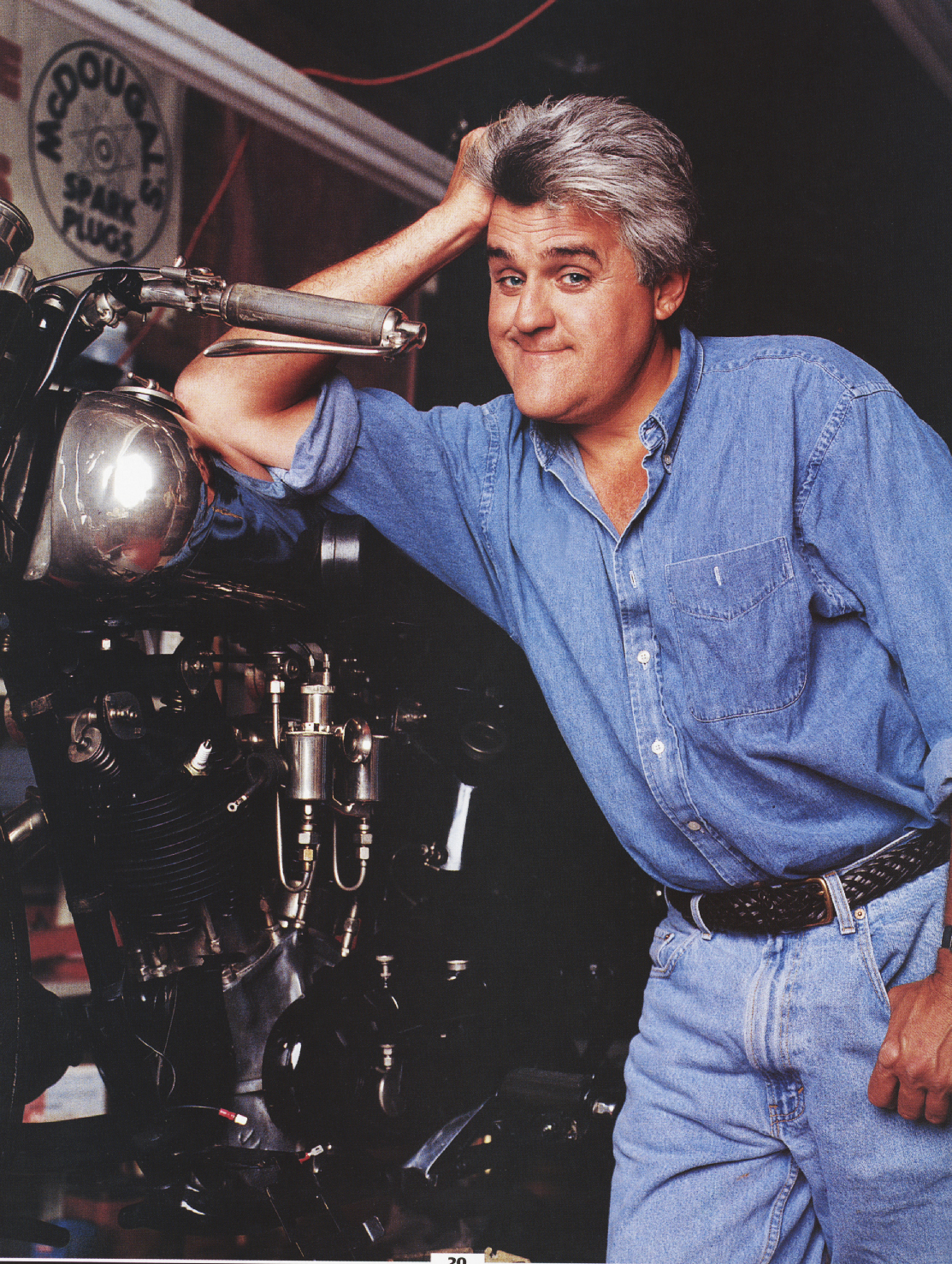