Peter Brock was one of the youngest designers ever hired by GM Styling. Ed Cole was the new general manager at Chevrolet and after the success of his small-block Chevy engine design, he wanted to make a follow-up splash by introducing the entire 1960 Chevrolet line of cars equipped with a transaxle, including an all-new Corvette. A transaxle would improve weight distribution and yield more front seat interior space. 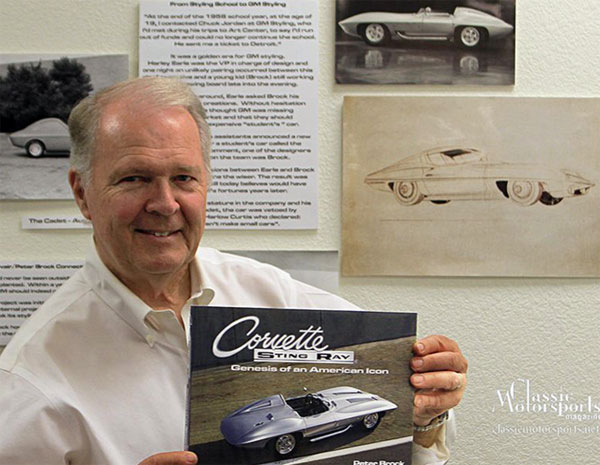 The sketch shown here was unique enough that Bill Mitchell approved the construction of a scale model and then a full-size clay mockup that Peter Brock and Bob Veryzer worked out for evaluation. The entire Q-Chevrolet concept quickly came to a screeching halt due to the high cost of the transaxle, so Brock’s design was on hold.

Then in 1959 Mitchell had stylist Larry Shinoda take the basic Q-Corvette shape and make it into a body that would drape the Corvette SS mule chassis that Mitchell bought to go racing. This became the Stingray Racer, which eventually become the 1963 Sting Ray that was developed by Shinoda. But the genesis of the 1963-1967 Sting Ray goes back to Peter Brock original design sketches.

After Brock left GM, he worked for Carroll Shelby and designed the Cobra Daytona Coupe. – Scott

Signed and numbered art prints of the Q-Corvette are available HERE. 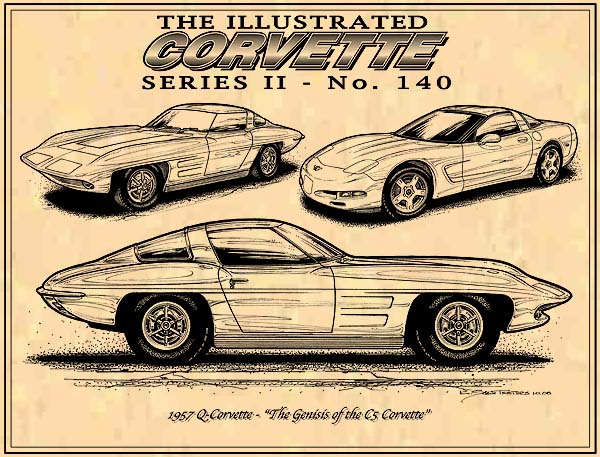 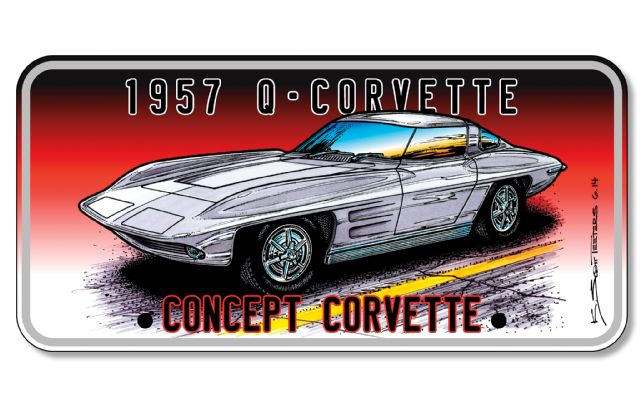