August 31, 1992 – Dave McLellan accepts early retirement and steps down after 18 years as the Corvette’s second Chief of Engineering.

General Motors had a mandatory, “retirement at 65” policy, so as Corvette Chief Engineer Zora Arkus-Duntov was nearing retirement in January 1975 the big question was who would be chosen to fill Zora’s big shoes. Duntov was not consulted about his replacement and McLellan would not have been his choice, but Dave was definitely the man for the job. McLellan was an Alfred P. Slone Fellow with a degree in engineering and management. The ‘70s was not a fun time and there were serious issues to be dealt with besides horsepower, racing, and mid-engine designs. There were emissions and quality control issues, as well as the implantation of a new assembly plant and an all-new Corvette to be designed and developed.

When the C4 Corvette came out it received rave reviews – “The Best Vette Yet!” and under McLellan’s leadership kept getting better and better every year. By the late 80s, performance was back to late 1960s levels, an ’88 Corvette setup with twin-turbochargers by Callaway hit 254-mph and the ’90 ZR-1 was, and still is, a jewel. In May 1993 GM offered McLellan an early retirement package that he took as an opportunity to rest after over 18 years of driving the Corvette through some of its most difficult times. Dave McLellan was inducted into the National Corvette Museum’s Hall of Fame in 1999. – Scott 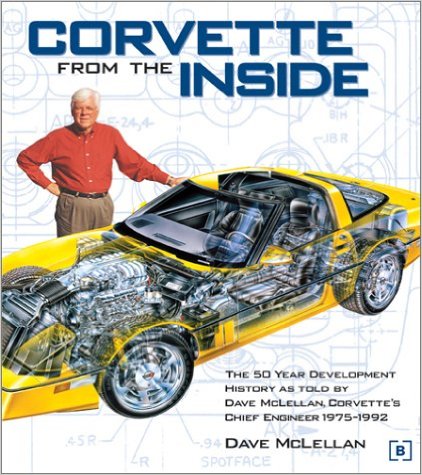 Dave McLellan’s book, “Corvette From the Inside” is available HERE.