The First Z06 Corvette Was a Race Car!

Dateline: 8.30.15 – The original Z06 was Duntov’s “racer kit” for the then-new 1963 Sting Ray. Unlike modern Z06s, there was no flash to the first Z06, it was strictly hardware designed for the racetrack – no badges, special body panels, or designations at all! But considering the official “we don’t race” policy of GM, 199 1963 Fuel Injected Corvettes with heavy-duty brakes and suspension, wasn’t anything in GM’s big picture. But, if you wanted to race your Corvette in ’63, it was everything, and Duntov made sure you got what you needed.

Thanks to the SCCA rules that allowed the 2000-pound Cobra to race against the 3100-pound Corvette, even with the Z06 racer kit, the Vette was at a serious disadvantage. Development work on the Z06 package was done in mid-1962 with Duntov doing much of the testing himself at Sebring and Daytona. Parts had to be ready by September so that a batch of Z06 ’63 Sting Rays could be built as “pilot cars” to get the St. Louis assembly plant up to speed with the all-new Corvette. Some of the cars went directly on to the road, others were loaded onto transporters to be delivered to dealers, and four were to become racecars.

Racers handpicked to campaign the new Z06s included: Dave MacDonald (the Don Steves Chevrolet car), Jerry Grant, Bob Bondurant, and Mickey Thompson. The goal was for the four Corvettes to race in the October 13, 1962, L.A. Times Grand Prix at Riverside. Getting the Z06-equipped Corvettes built, delivered, and prepped for the race was going to be tight. To expedite matters, Duntov arranged to have Dave and Sherry MacDonald, Jerry Grant, and Bob Bondurant flown to St. Louis to pick up their Z06 Corvettes. The MacDonalds and Bondurant drove back to California and Grant to Washington to prep their cars for the October 13 race.

Mickey Thompson was “The King of Speed” having recently become the first American to break the 400-mph barrier at the Bonneville Salt Flats with a speed of 406.60-mph. No one had more clout than “Sir Mick.” Thompson convinced Chevrolet to hire The Flying Tigers to have his Z06 flown to California two-weeks before the other guys so he could have more prep time. Thompson used his pull to get the best racing tires he could fit on his Z06. A hotter cam was installed but the lift was too high, which limited the Fuelie’s rpm range. Thompson wasn’t happy about not having the fastest car, but holding back a little helped the engine survive. MacDonald, Grant, and Bondurant got their cars to California, less than two weeks before the race. Dave MacDonald and Bill Thomas (Mr. Cheetah) got as much done as they could. Modifications were limited to rebuilding the engine, installing side exhaust, adding a roll bar, and removal of the bumpers. The Sting Ray’s fender humps and hood bulge were painted blue with red pin stripping and “Don Steves Chevrolet” and MacDonald’s “00” lettering was added.

Anything can go wrong in an endurance race, even simplest things. The biggest challenge to the new Corvettes was Shelby’s new Cobra that weighed 1,100-pounds less than the 3,100-pound Corvettes. In the first hour, hard-charging MacDonald fought Billy Krause, driving the Cobra. Just before the end of the first hour, within minutes of one another, the rear wheels of MacDonald’s Z06 and Krauss’ Cobra came off, most likely due to one or more loose lug nuts.

Later in the second hour, the engines in the Bondurant and Grant cars let go, leaving Thompson’s Z06 to win the race.

Thompson, ever the showman, proclaimed, “I don’t think its ever been done before! A new production car winning the first time out.” While a “win is a win,” it was a default win because Corvettes would be chasing after Cobras until Duntov’s L88 arrived in 1967. Ironically this was the last time MacDonald ever professionally raced a Corvette. By the end of 1962, Shelby offered MacDonald a golden opportunity as a full-time driver. The Don Steves Corvette, (the first production Z06 ever built) was raced campaigned a little, but nothing serious. The car has been beautifully restored and is currently owned by Jim and Nancy Jaeger. – Scott 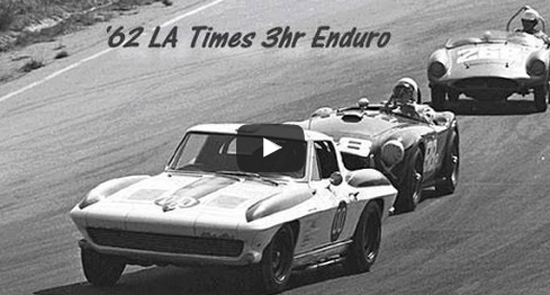 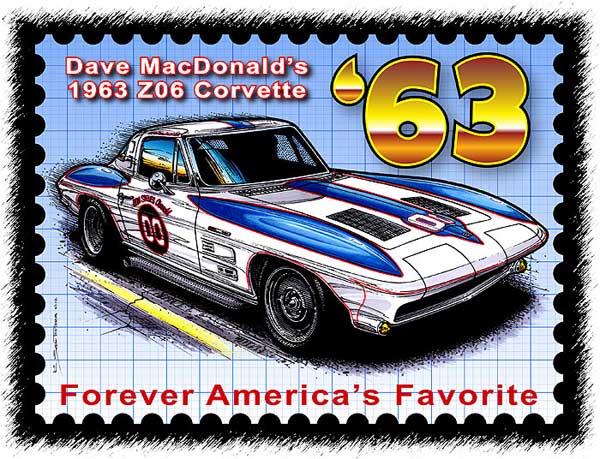 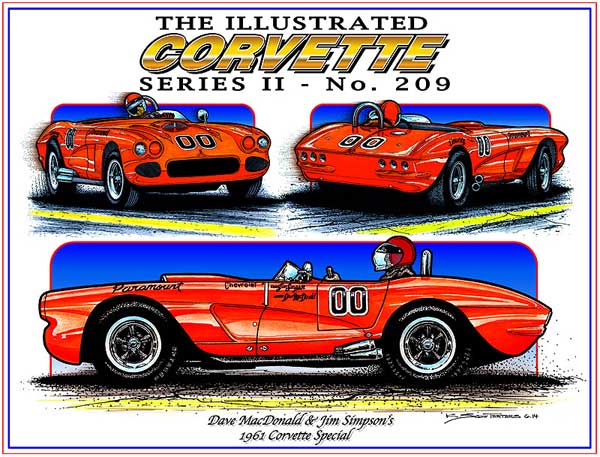