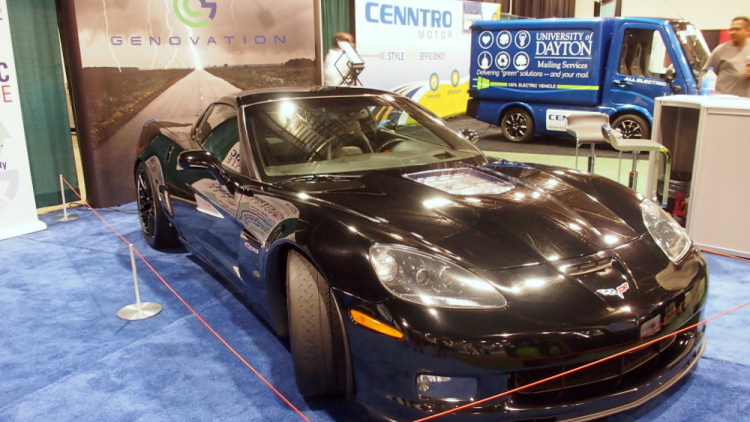 article and images by Sebastian Blanco as republished from autobloggreen

The Genovation GXE all-electric Corvette has broken cover. At the Battery Show 2015 in Novi, MI, this week, the converted C6 Z06 Corvette that we first heard about back in August was tucked into a booth along the back wall. Don’t let the demure location fool you. This is a muscle-y electric vehicle, ready to roar into the limited-run, expensive EV game.

The Genovation GXE Corvette can go from 0-60 miles per hour in three seconds and has a top speed of 200 mph. The powertrain was designed and built in the US, and offers over 700 horsepower and over 600 pound-feet or torque. With a near 50/50 weight distribution, this is “a real driver’s car,” Genovation CEO Andrew Saul told AutoblogGreen.

Saul said that the GXE was designed to do two hard laps at Nurburgring thanks to a 44-kWh battery pack uses the same sort of cylindrical 18650 cells that you can find in a Tesla. That translates to about 40-50 miles of fast, on-road driving, Saul said, or 150 miles on the New York City test cycle. That particular test, “simulates low speed urban driving with frequent stops,” according to DieselNet. The car also has a 6-kW charger and a six-speed manual transmission and the adjustable regenerative braking levels can be controlled by paddles on the steering wheel. 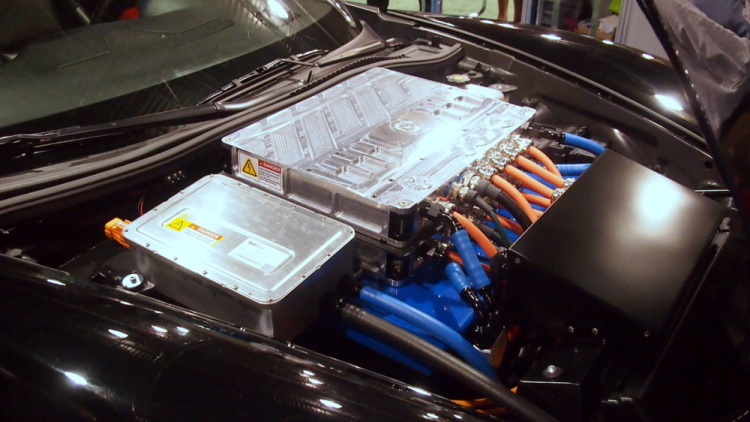 Of course, none of those performance figures have been proven yet because the GXE hasn’t had a chance to hit the road. Saul said that it will take another three-to-four weeks to finish the build and then, finally, there will be a few weeks of road testing. This will include a quarter-mile run on a track as well as a trip to Nevada to do a several-mile top speed test.

If all of that sounds like something you’re interested in, then get ready to open your wallet wide and wait. Saul said that buying one will set you back $330,000 (just $290,000 if you bring your own C6 Z06). Genovation also won’t be making all that many. Saul said he expects to put the GXE into limited production of under 200 units, starting off at maybe five or 10 a year.