The King of Kustoms’ George Barris’ Most Famous Corvette

Dateline: 6.28.17  (This story was first published in the April 2016 issue of Vette Vues Magazine) – Senior Vice President of GM Design, Bill Mitchell knew how to stoke a crowd. After the basic design of the new Sting Ray Corvette was approved for production, Mitchell kept Vette fans on the edge of their bucket seats with two Corvette dream cars. After the 1959 Stingray Racer won the SCCA C/Modified Championship in 1961 and was retired from racing, the car was refurbished into a show car. But that wasn’t enough. Mitchell had Larry Shinoda design a teaser Corvette to tip his hand, just a little, as to what the next Corvette would look like. The 1961 Mako Shark (the car wasn’t called “Mako Shark I” until after 1965 when the Mako Shark II was created) was based on a 1961 Corvette with styling hints of wild things to come. Actually, the car was a unique blend of a 1961 Corvette and the Stingray Racer.

The ploy worked such that when the 1963 Sting Ray came out in autumn 1962, Bob Nordskog bought a new ’63 Split-Window Coupe and after only driving the car for 10 miles, took the new Corvette to Barris Custom Shop to be made into a drag/show car.

What’s not known is if the finished Asteroid was what Nordskog had in mind, or if he handed the new Corvette over to Barris and said, “Customize my Vette.” Custom cars tend to polarize opinions – people love them, or hate them. But from the perspective of 1963, the Asteroid was a hit. Bob Nordskog’s custom/drag Vette won Top Award at the 1963 Long Beach Motorama and the Mickey Thompson Auto Boat Speed Show. There were a few unique factors at work here. First, the Sting Ray was not just new; it looked like nothing else on the road. It was the look of “the future” in 1963. Second, the auto sport of drag racing was really beginning to gain popularity. The beach rock’n rollers, Jan & Dean used a photo of the Asteroid on the back cover of their 1963 album, “Drag City.”

Let’s talk a look at the Asteroid. Bob Nordskog was into racing boats and knew how to build a racing engine. The factory 327 was bored and stroked to 352-cid and six, Stromberg 97 1-barrel carbs replaced the factory 4-barrel carb and chrome header side pipes took care of the exhaust. The bump stick was an Isky 505C with solid-lifters and the compression is a very loud, 13:1. And this was a manly car, with a rebuilt Muncie M-20 manual four-speed with a stock shifter. From the rear view we can clearly see that the Sting Ray’s new independent rear suspension was replaced with a four-link design using a narrowed ’63 Buick limited-slip differential with 4.56 gears, coil springs, tube shocks. The ladder bars that are clearly visible from the side view.

The “raked” drag racer look was “in” so the back end was raised for two reasons. First was “the look” and second was that the Asteroid was designed and built to also be a drag racer. Nordskog would drive the car to the track on street tires, then bolt on a set of M&H Racemaster slicks, remove the long side pipe/muffler, and go drag race the car! Nordskog knew how to build a strong small-block. The Asteroid ran consistent 12.20 @ 118-mph. That was mighty impressive for a four-speed street car in 1963! The overall setup was indeed unique.

About the body – remember, it’s a “love it or hate it” thing. Barris seemed to have a thing for nose jobs – many of his cars have enlarged noses. It’s also obvious that he’d been following the design work of Bill Mitchell and Larry Shinoda. The nose is the nose of the Mako Shark I, only more pointed, and the front fender openings are from the 1959 Stingray Racer. The hidden headlights are gone, as there was no way Barris was going to make complicated rotating headlights for a one-off custom, so the Lucas headlights are in the grille opening, behind the grill. Not sure if that was street legal, but Nordskog or someone sure racked up lot of miles on the car, just over 12,000 as of 2014. Remember, the car had only been a stock Corvette for its first 10 miles! This car has clearly been enjoyed on the open road.

The hood bump has two smallish scoops on each side that look too small for a racecar and the top of the hood bump there are two open grille plates that match the chromed grille plates at the base of the windshield. The rear fender openings are completely round, extend above the horizontal beltline, and are flared slightly at the top. This was a fairly common look on custom Sting Rays back in the day. What’s odd is that it’s a total mismatch from the design up front. The Sting Ray’s fake B-pillar vents are replaced with a grille piece and it’s doubtful that it’s a real vent.

And now – the back end. WE have two major sins here. First, where the hell are the taillights??? And second, where’s Bill Mitchell’s beloved split-window. Mitchell fought hard for that, and Barris cut it out – but he wasn’t the only one. Many of the 10,594 1963 Sting Ray coupes got a “split-ectomy.” Yes, it REALLY happened. The Sting Ray’s wrap-around rear bumpers were replaced with what look like drag racing push-bars, but they’re not push-bars – those are the taillights! And lastly – the paint. Metalflake was the carbon fiber-like look of the 1960s – it was on everything from boats, to cars, dune buggies, golf carts, and amusement park rides. The Asteroid’s metalflake paint is often called tangerine, bronze, or just orange. In the sunlight it was “put your sunglasses on” time. 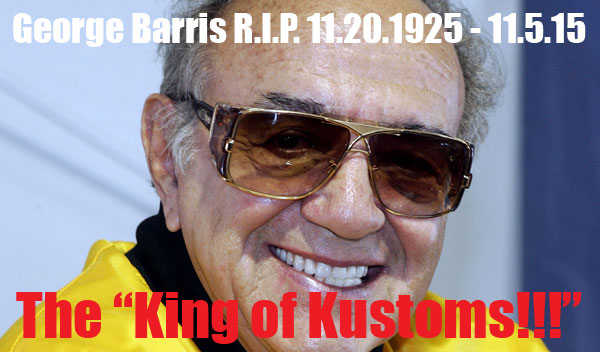 The Asteroid has two personalities: street and strip. For tooling around town and blinding other drivers and pedestrians with the car’s metalflake paint, the Asteroid rides on chrome knock-off wire wheels (More BLING! More BLING!), shod with production, bias-ply whitewall tires. For cutting 12-second et’s at the drags, the Asteroid wore American mag wheels, drag slicks, and open headers. The Asteroid is arguably one of the most unique street/strip cars of its era.

Custom cars were also about the interior, and the Asteroid was plush. Don Ferrara, Nordskog’s brother-in-law built the killer kustom interior with a delicious “Creamsicle” look – orange and white. The white bucket seats have orange piping, with the piping look is extended up the center of the white dash pad and center console. The steering column and wheel are white and the door panels have orange carpeting on the lower half with white trim on the top half and white armrests.

Hot rod and custom car expert and writer, Pat Ganahl has written two books about lost hot rods, “Lost Hot Rods” and “Lost Hot Rods II.” In the book Ganahl documents how custom cars that were once bright and shiny can become derelicts.  At least that fate didn’t befall Bob Nordskog’s, George Barris custom Corvette. Barris customized 100s, maybe even over 1000 cars during his career and I’m sure the Asteroid wasn’t the only custom Corvette he created. But one thing is for sure, the Asteroid is arguably his most popular Corvette and it’s a survivor. Vette Magazine reported in the April 2014 issue that Randy Koeppel of Phoenix, Arizona and Lance Miller of Carlisle, Pennsylvania currently own the Asteroid.

The Asteroid Corvette Sting Ray will live the pampered life of a legendary show car – a time capsule piece, date-stamped “1963.” So if you are attending an outside Corvette show on a bright, sunny day and the Asteroid is there, hope you have your sunglasses. Metalflake is still mighty bright! – Scott 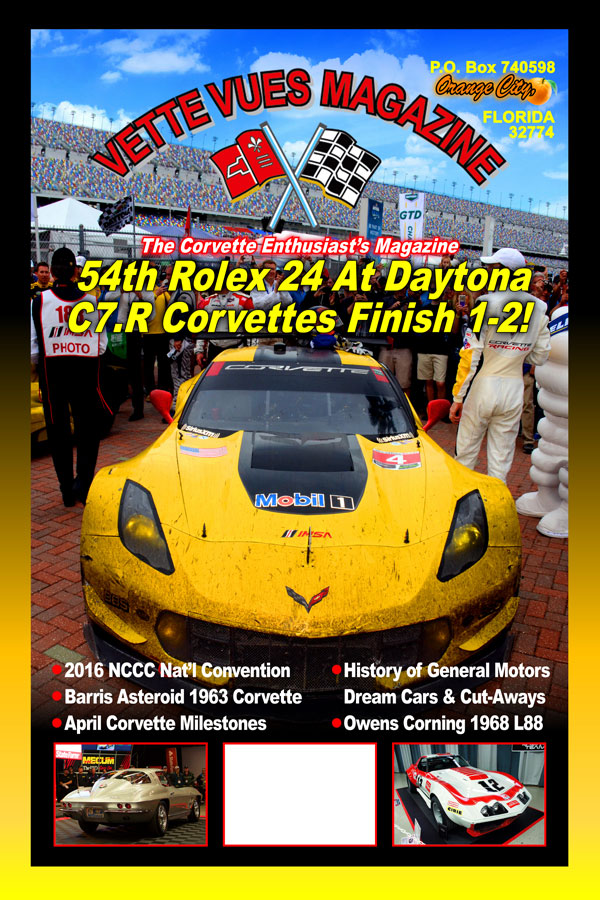