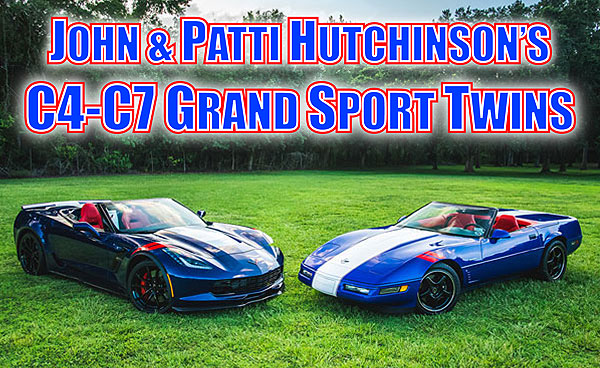 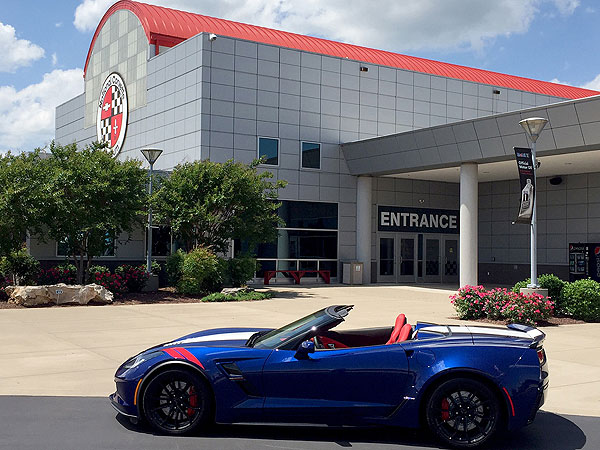 Hutch and Patti Hutchinson are the proud owners of TWO Grand Sport Corvette convertibles, both obtained from Roger’s Corvette Center in Orlando; a rare 1996 with red interior (one of only 53 built) and a new 2017 model. They previously owned a modified 1996 Grand Sport Coupe that we’ll get to later, and a 2010 Jetstream Blue Grand Sport convertible. But let’s back up a little and briefly explain the Grand Sport Registry.

The organization was created in 1997 by Jim Van Dorn, owner of Auto Masters, in Bowling Green, Kentucky. GrandSportRegistry.com is a central hub for all things “Grand Sport”. Van Dorn was also very involved in Corvette Pirate Racing. By 1998 Jim’s business and racing obligations were making it hard to keep up with his website. Late in 1998 Van Dorn handed over the website to John “Hutch” Hutchinson with the mission to grow and expand the enterprise into a nationwide organization. Because of the 1996 Grand Sport’s signature wide white center stripe, John was quickly nick-named “Skunkmaster”. 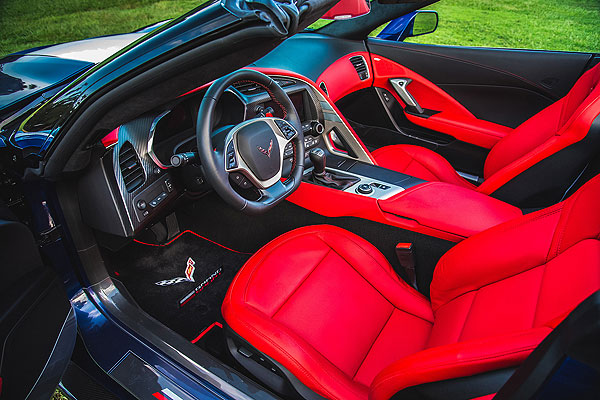 Of course it all started with one man’s “Pie In the Sky” daydream of building a factory racing team of Corvettes to race at Le Mans in a time when that was a serious “NO-NO!” inside GM. The 1963 Grand Sports are well storied and the stuff of legend. But what’s strange about those cars is that the first time I wrote about the Grand Sport Corvettes for “Vette Quarterly” back in 1977, hardly anyone knew about the cars or remembered them – except Corvette lovers that followed road racing in the early-to-mid 1960s. The successful C3 L88 and Greenwood widebody ZL-1 Corvettes completely eclipsed the Grand Sports in the automobile media. 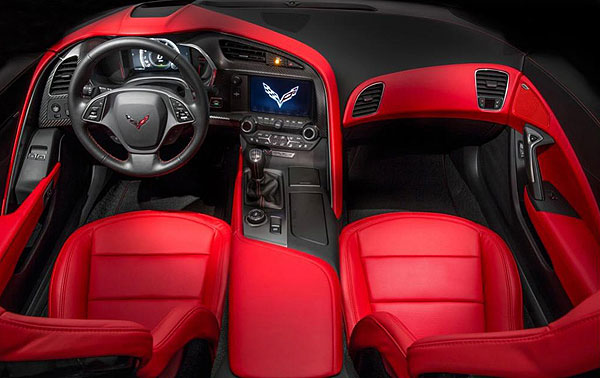 By the early to mid-1970s the original five Grand Sports were thought to be “lost”. Our friend Bill Tower bought Grand Sport #005 in 1978. He won’t say how much he paid for the car, other than, “It wasn’t cheap!” for 1978 and he put a lot into the car to restore it to the Penske/Hall livery. But gradually the cars surfaced, are all accounted for, and still run! Fast-forward to 1996 when Chevrolet announced that for the final year of the C4 Corvette generation, they would offer TWO special edition Corvettes; the Collector Edition; a handsome Corvette, and the Grand Sport; a spectacularly good-looking car!

We can all thank former assistant chief Corvette engineer John Heinricy for bringing the legend back. To sweeten the deal, only 1,000 1996 Grand Sports would be built; 820 coupes and 180 convertibles. And unlike previous special edition Corvettes, the Grand Sport wasn’t a package of options, dedicated paint, and wheels. This Corvette had grunt! Under the hood was the LT4 engine, the final performance iteration of the classic small-block Chevrolet engine. Underrated at 330-horsepower (net horsepower), the power was actually closer to 360-370; no factory SBC ever was this strong. A guestimation of the old “gross horsepower” would be around 425. Plus, thanks to electronic fuel-injection and being developed into an overall better engine, the LT4 got around 25-mpg (or better), and met EPA Emissions standards 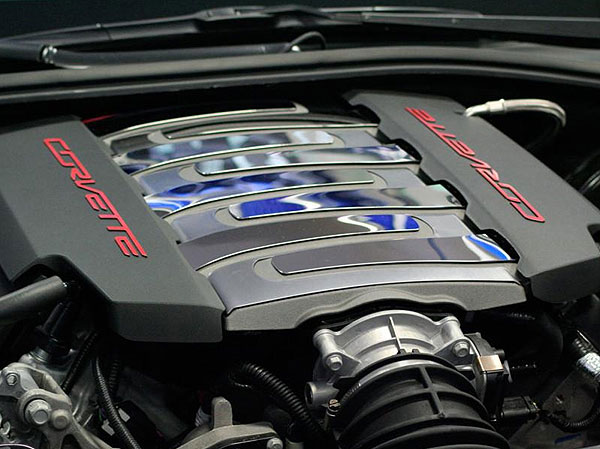 To backup the grunt, the 1996 Grand Sport coupes wore black C4 ZR1-style wheels and tires. Flares were added over the rear wheel well opening to cover the wider-than-stock tires. Convertible Grand Sports had regular-size tires mounted on the ZR-1-style wheels because the convertible’s structure was not as stiff as the coupes and engineering decided not to stress the structure. 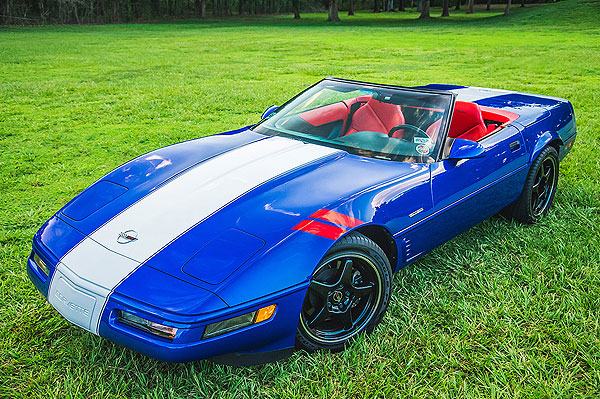 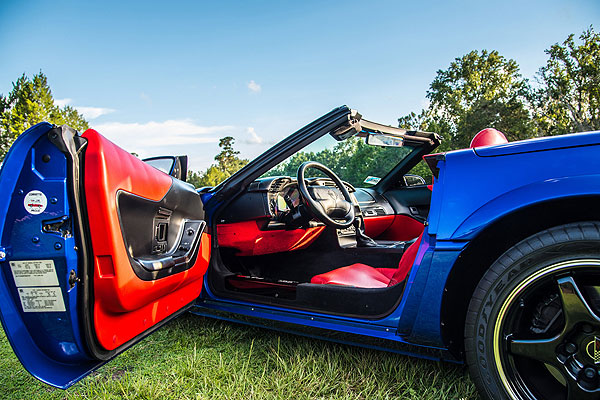 In 2010 Chevrolet introduced the Grand Sport; only instead of the car being a “special limited edition” it was an open order, separate model, available as a coupe or convertible, and in any color. The standard LS3 engine had 430-horsepower (436-hp with the RPO NPP Dual Mode Exhaust System) which, honestly, is plenty for most Corvette owners. So while there was no significant performance difference between a base Corvette and a Grand Sport, the GS got the Z06’s wide body, with dedicated side vents, unique wheels, trim, and special badging. Also, Chevrolet made buying a new Corvette a “boutique experience”. With the staggering number of options, colors, and accessories, there are very few C6 Grand Sports that are alike.

The car was SO JUICY, and the timing was perfect! The economy was in the doldrums and the Grand Sport helped bolster sagging sales. Grand Sports outsold the regular coupes and convertibles significantly. But there was one thing missing from the C6 Grand Sport’s offering – Admiral Blue paint. 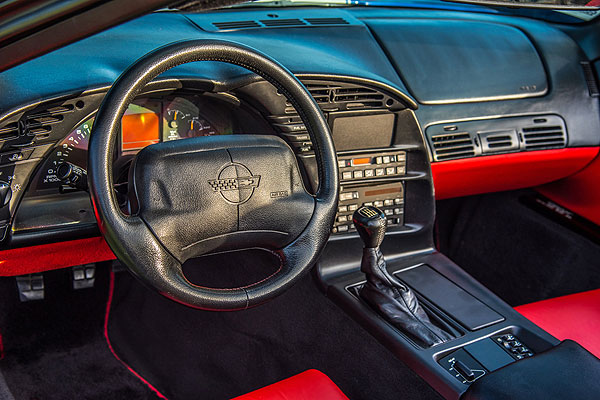 In 2010 John got a good deal on a 2010 Jetstream Blue Grand Sport convertible. John said, “I never had a problem with the C6 interior. Our experience was that it was very comfortable – perhaps a little more comfortable than the C7 because it was a little larger inside. But the C7 handles WAY better. The C4 Grand Sport is a blast to drive, but being a convertible, on a track it’s kind of all over the place. The C4 convertibles, while great back in the day, wiggle a lot.” 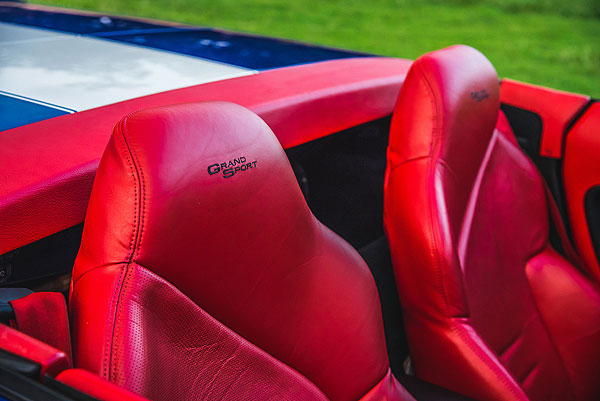 Admiral Blue was the first and most obvious selection. After that they chose the top of the line 3LT interior with red trim and the Touring Seats, the 7-speed manual transmission, and Black Machined Wheels with red brake calipers tucked in behind. Not fans of the big Z06-style rear spoiler, they ordered the car with the standard rear spoiler. The white center stripe and red fender hashmarks finished the look the Hutchinsons wanted.

Every year the club buys a new banner for the National Corvette Museum. This year, when they got back last year’s banner, John launched a silent auction for the old banner and collected $2,500 to donate to the National Corvette Museum. While the NCM charges general admission to the public, it’s a big enterprise, and as a 501c(3) non-profit, they appreciate all the donations and assistance enthusiasts are willing to give. 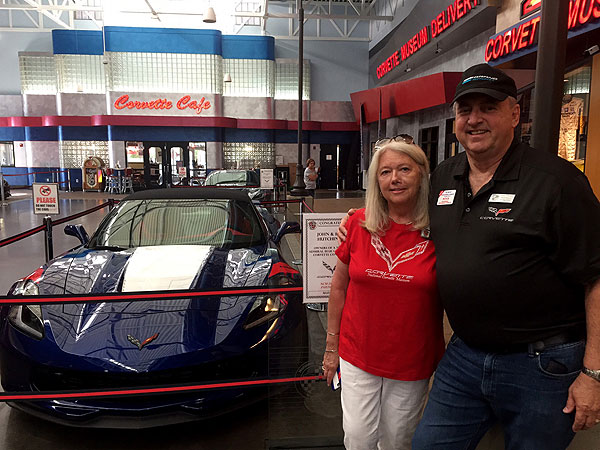 Hutch and Patti have taken their passion for Corvettes, specifically Grand Sports, into a unique direction. They have grown the Grand Sport Registry into a national and international clearing house for Grand Sport information, news, and events, as well as being a contributor to the place that celebrates all things Corvette, the National Corvette Museum. The concept of the museum began with Zora Arkus-Duntov’s idea that there should be a special place where all Corvette material could be archived. Dan Gale and a small group of friends made it a reality. This special place has helped make Bowling Green Kentucky a major American tourist attraction and a dream destination for Corvette lovers. GOOD JOB, everyone! – Scott