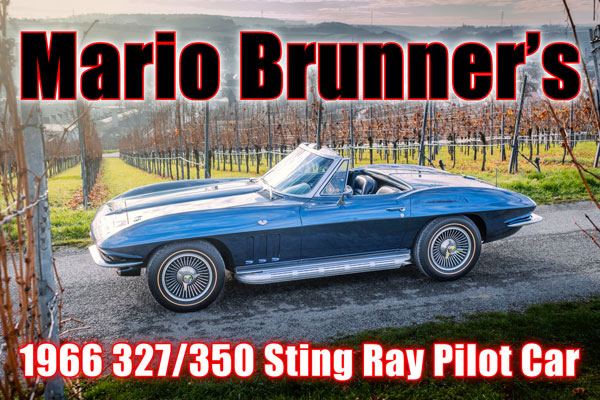 Dateline: 8.29.21 This story was first published in the February 2021 issue of Vette Vues Magazine; Story by K. Scott Teeters; Photos by Mario Brunner: In the Corvette world, C2 Sting Rays are becoming increasingly rare. With only five years of production, 1963-to-1967, only 117,964 Sting Rays were built. Compare that figure with the 1968-to-1982 C3 Corvette total production of 542,741. Now imagine a 1966 Sting Ray convertible in modern-day Germany in an ocean of Porsches. Let’s add another layer of uniqueness. Mario Brunner’s 1966 327/350 Corvette convertible is a numbers-matching pilot car! 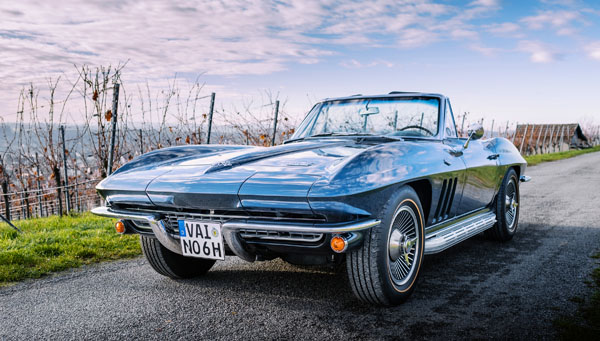 Before we get into the details of Mario’s unique Sting Ray, let’s review pilot cars. After the details of an updated car are nailed down, a small batch of cars are built for evaluation. Engineers drive the cars to make sure everything works, everything fits properly, no leaks, etc. The cars are not subjected to harsh durability testing, they are driven as a customer would drive the car. Pre-production cars built for durability testing are typically pretty-well beat-up and are eventually sent to the crusher. When you see magazine road tests that come out before or at the same time as the new cars are in dealer’s showrooms, those are pilot cars. 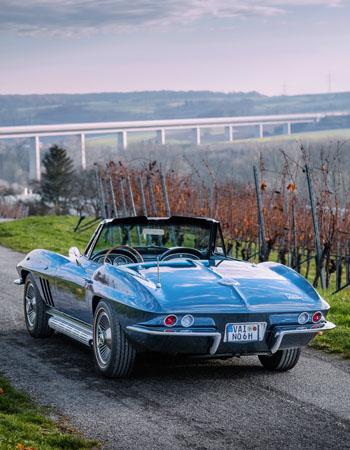 Pilot cars are also built more slowly so that the plant workers can make sure that everything is up to speed for production. As problems are identified, solutions are implemented. Typically around 20 pilot cars are built. Pilot cars can be identified by their very low last three VIN numbers. Any VIN number 001 and above is considered by GM to be saleable. 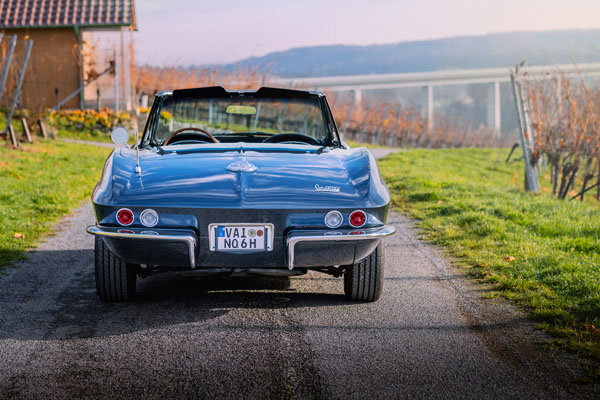 After evaluation, pilot cars are sold at the GM factory auction to dealers. Pilot cars are not the same as GM Fleet / PEP cars, private fleet cars, or dealer demo cars. Pilot Corvettes have a unique place in Corvette-Land, while they look like a regular Corvette, they are quite rare. 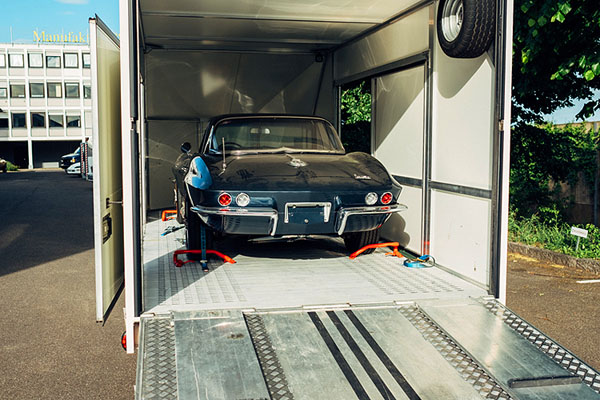 I recently read a humorous expression for us “car people”; we’re the way we are because we have “the car gene”. Mostly guys have it, and some gals too. Typically, the car gene kicks in during our adolescent days, around the ages of eight-to-ten. All races and nationalities can have the car gene. 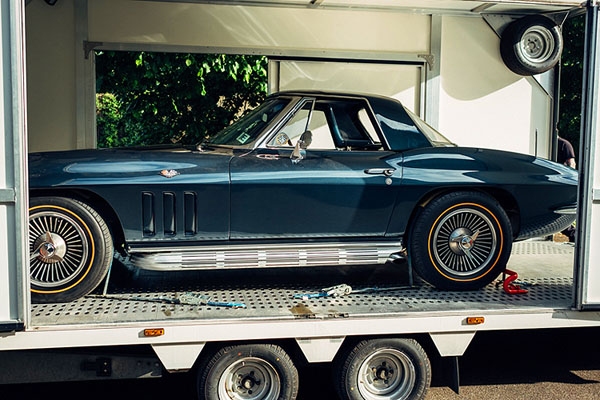 Mario Brunner grew up in the small German village of Enzweihingen, just northeast of Stuttgart in southern Germany. As a little boy, his family often drove into Stuttgart and would drive by the Porsche factory. Today, the Porsche factory and museum are at the same location. Mario recalls, “I was absolutely fascinated with the Museum and the beautiful Porsches parked in front of the museum. It all started there. My dad was also a car and motorcycle guy. He owned a Harley and some Jeeps. When he passed away way too soon, my mom told me, to maintain dad’s legacy, I had to buy a classic American car.” 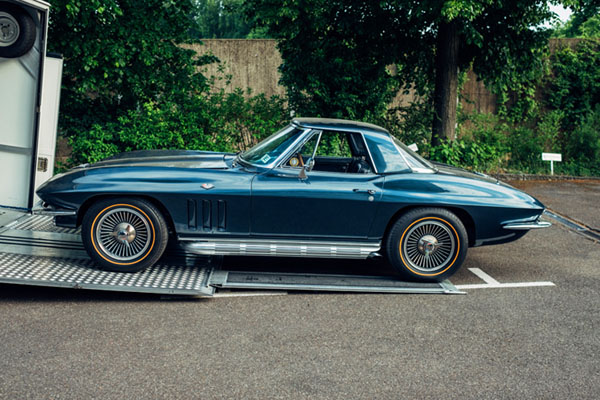 When Mario grew up he became a professional photographer. But Mario’s intense car interest was a little out-of-the-ordinary in a European nation; American muscle cars were his passion. At the top of Mario’s bucket-list was a 1963-to-1967 Corvette Sting Ray. In 2010 Mario acquired a 1967 383 stroker engine Camaro and in 2017 Mario bought a 1964 327 4-speed Impala SS. But he still had the Sting Ray itch, and we all know what that’s like. Mario was definitely on the hunt and the car he found is truly extraordinary. 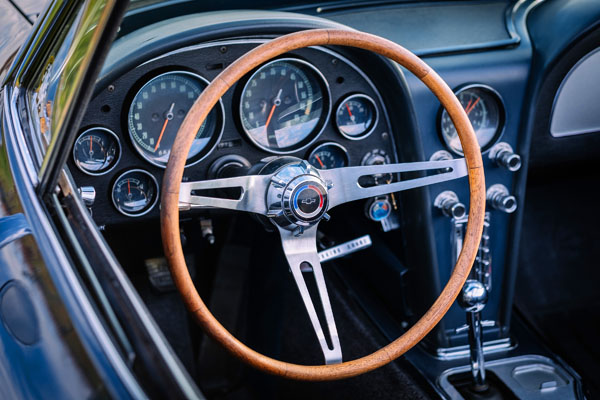 On Craig’s List Colorado, Mario found the car of his dreams; a 1966 327/350, 4-speed Sting Ray convertible with factory side-pipes, knock-off wheels, and a hard top. Much to his surprise, the car was a pilot car with the VIN #194676S100006. Note the last three numbers, “006”, that’s what tipped off Mario that the car is a pilot car. Mario sent NCRS detail photos of the car and they verified that indeed, Mario’s Corvette is a “pilot car”. 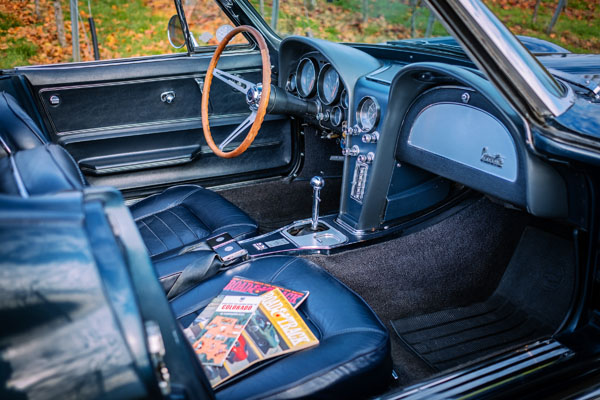 NCRS’s 1966 specialist told Mario that the car is very early and rare pilot car and they were very impressed. Concerning the authenticity of the VIN plate and the Options plate, NCRS said that the rivets and the arrangement of certain letters indicate that the tags are legitimate. Another indication that the car is indeed a pilot car is the hand-laminated fiberglass inner fenders in the engine compartment. The inside of the front wheelwells look completely normal. 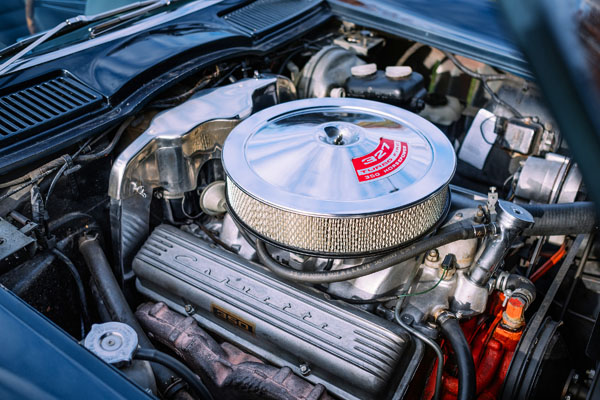 As if the pilot car status wasn’t enough, the car is numbers-matching, complete, all-original, and well-optioned. The car is a survivor and in 2009 was treated to a new Laguna Blue respray. In 1966 only 2,054 1966 Corvettes were ordered in Laguna Blue; only Trophy Blue (2,054) and Tuxedo Black (1,190) colors are rarer. 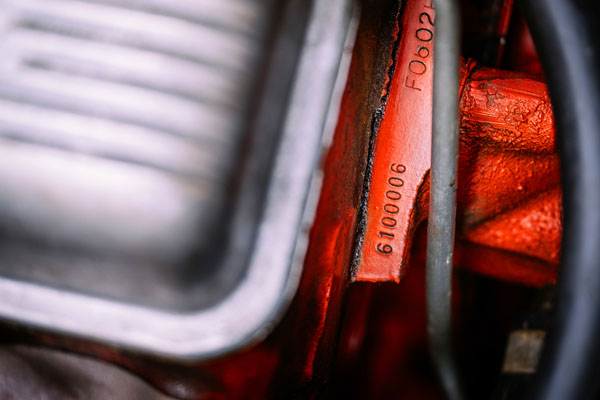 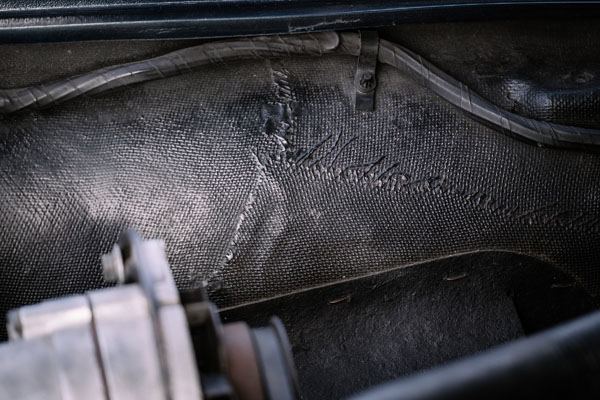 Missing from the option list were Air Conditioning ($412, the single-most-expensive option in 1966) and Power Steering ($94). But if the car was optioned for maximum small-block performance you wouldn’t add unnecessary weight to the very front of the car. The tires are Goldwall Michelin 215 Radials with the tire information on the inside of the tire to maintain a classic look.

In 2019 Mario decided it was time to go for his dream classic car, a Corvette Sting Ray. He sold his ’67 Camaro and ’64 Impala to fund a C2 Corvette. So when Mario found a super-clean, complete 327/350 ’66 Sting Ray on Craig’s List Colorado, he knew others would be looking at the car, so he had to act fast. Mario says, “I haven’t owned the car that long. After being transported to Germany, when the trailer opened and I saw the car for the first time, it was a very emotional moment. Unreal. Mileage is low, with just 65,585 miles on the odometer.” 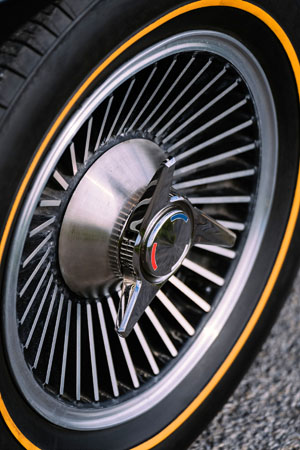 Mario did some research on the car’s build and found several interesting things:

* The car has hand-molded inner fenders.

* New color for 1966, perhaps the first 327 convertible ever painted in Laguna blue. 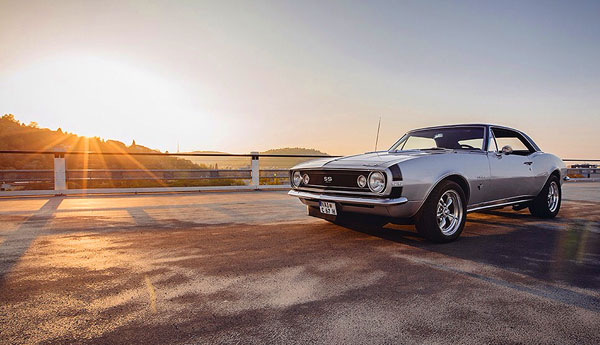 Back in the day, cars such as Mario’s were often driven very hard. I’m certain that somewhere in the car’s past it was driven “with enthusiasm”, but the car is 100-percent complete and numbers-matching and shows no signs of being thrashed. 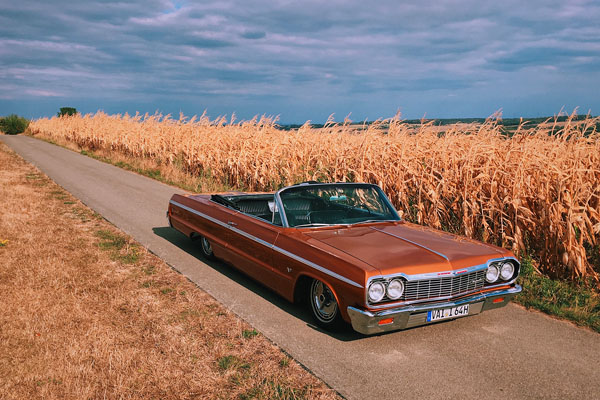 Mario explains, “Most people that see the car don’t know what it is because there are hardly any C2 Sting Rays in Germany. Germans know what Mustangs are, but not old Corvettes. They also can’t believe a car this old has 350-horsepower. The ultimate pleasure is to drive the car without the top on a warm summer night, listen to the side-pipes, feel the 350 hp V8, and knowing that this is a very special car, especially here in Germany. This is the fulfillment of a life-long dream for me. It’s a privilege to drive something special like this.” 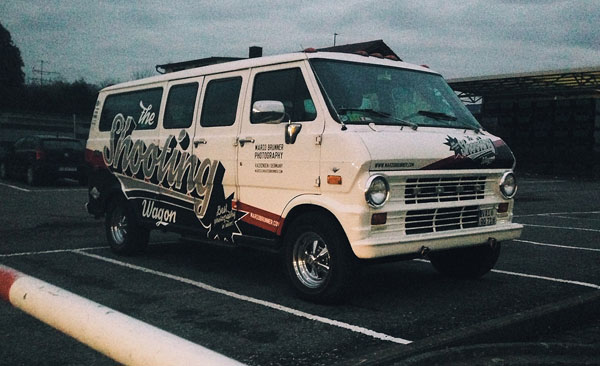 “The only repairs I had to make was replacing the intake manifold gaskets, shocks, flywheel, and clutch, that’s it. I drive the car as much as possible. It is pure joy and adventure to drive. NCRS recently confirmed that the car is indeed one of the rare pilot Corvettes. For me, this is the best and last classic car in my life.”

When asked what he intends to do with his 1966 327 Corvette Sting Ray pilot car, Mario gave the right answer, “Drive it. Take care of it, and learn more about the car’s history.” Yes, spoken like a man with the car gene! – Scott

PS – Mario Brunner is a professional wedding photographer in Stuffgart, Germany. Check out his work HERE.