But with arrival of the ZR-1 in 1990, the hoots and squeals were so loud the LT1 hardly got a notice. it was too bad because buyers of the ‘92 Corvette got to enjoy an extra 50-horsepower! The LT1 was improved in every way and significantly closed the performance gap between the base Corvette and the ZR-1 Corvette. And not even an LT1 hood badge! Oh well.

If you are looking for an entry-level Corvette, there are stacks of ‘92 to ‘96 Vettes at excellent prices. And as usual, Corvette engineers made sure there was PLENTY of red meat left to be coaxed out of the new LT1 engine. MotorWeek sure liked the new and improved LT1. What was there to not like?

Enjoy the above video road test of the 1992 LT1 Corvette, arguably one of the unsung heroes of the C4 Corvettes!  – Scott 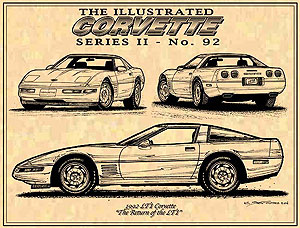 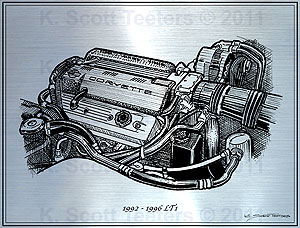