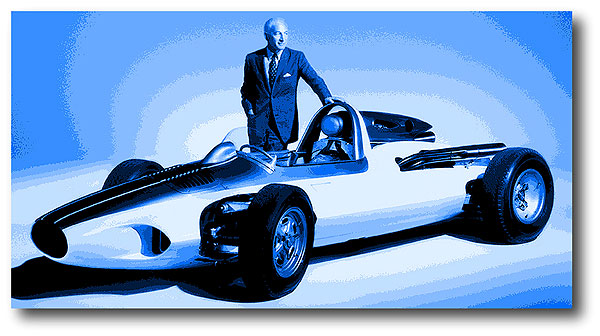 Dateline: 8.13.17 – Images: GM Archives & Mecum.com – Introduction: Honestly, I didn’t believe it at first. It seemed like the floodlights from the debut of the C7 Corvette weren’t even cool yet when the automotive press and the Internet started chattering about the C8 Corvette being a mid-engine design. GM then added fuel to the fire when it was announced that they had trademarked the word “Zora” which ignited the speculation of a mid-engine Corvettes.

Part of Corvette-lore is that Zora Arkus-Duntov unsuccessfully tried many times to make the Corvette a mid-engine car, because in Zora’s day, it made perfect sense. The trouble was that Chevrolet was selling enough Corvettes to make the argument that, “the Corvette wasn’t broken, so don’t fit it!” The mid-engine Corvette concept lost its champion after Duntov retired in 1975. Dave McLellan’s team tried to recycle the body design of the mid-engine Four-Rotor Corvette, powered by a transverse-mounted small-block Chevy engine. That idea was actually “approved” briefly, but died a quick death. The mid-engine Corvette concept came back again as a development program that started with the Corvette Indy (a full-size static model), the Running Corvette Indy (a functional, drivable version), and finally the CERV III. This CERV III was an almost completely flushed out car, meaning that it “could” have been put into production, had GM not been embroiled in a financial crisis in the early ‘90s. The crisis was so bad that once again, the Corvette was on the chopping block! 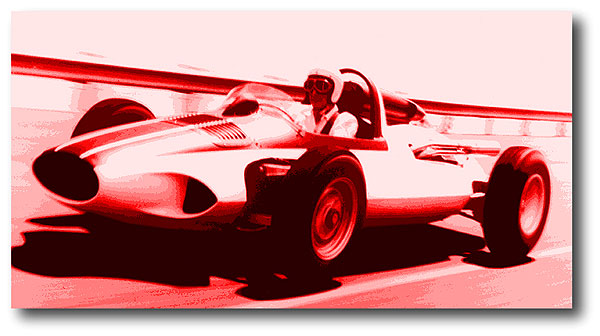 Perhaps by sheer luck, the C5 plan eked through and turned out so good, that the mid-engine concept then seemed antiquated. Then suddenly, shortly after the C7 came out, the Mighty Wurlitzer Rumor Organ got cranked up and once again, we are in mid-engine mania. But does the mid-engine make sense? Is this what the Corvette community really wants? I’ve had my head plugged into the world of Corvettes since 1965 and followed all of the mid-engine Corvette concept cars. Most were engineering studies and not real, drivable, serviceable, safe cars – a few were close to production-ready.

The “story” of the Corvette is long and rich with colorful characters, loud and awesome machines, and two, BIG, “Could’a been so cool!” chapters – The Grand Sport and the mid-engine Corvette. While it was wonderful that Chevrolet used the Grand Sport moniker for one of the two special-edition 1996 C4 swan song Corvettes, and then as a separate model Corvette starting in 2010, these were not Duntov’s original vision. END_OF_DOCUMENT_TOKEN_TO_BE_REPLACED