From Mako Shark show car to production Corvette – a little too quickly. 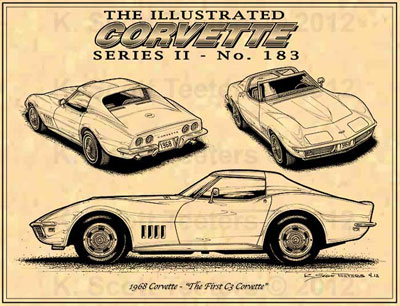 Since we’re rolling into the C6’s final year and looking forward to the new 7th generation Vette, the next several installments of my VETTE Magazine monthly column looks back at the “first” of each generation Corvette. So, let’s go back to the first of the Shark Corvettes! – Scott

In March ‘65 Bill Mitchell showed GM’s upper management his new Mako Shark II. After the attendees got their breath back, the first question was probably, “When can we have it?” Publicity photos were made and the non-running Mako Shark II was shipped off to New York City for the 9th Annual International Automobile Show, then to the New York World’s Fair. Meanwhile, two orders were given: build a running prototype, and begin work on a production version. Unbelievably, GM management wanted the new design to be a ‘67 model! That meant only 18 months to design and develop the car. END_OF_DOCUMENT_TOKEN_TO_BE_REPLACED