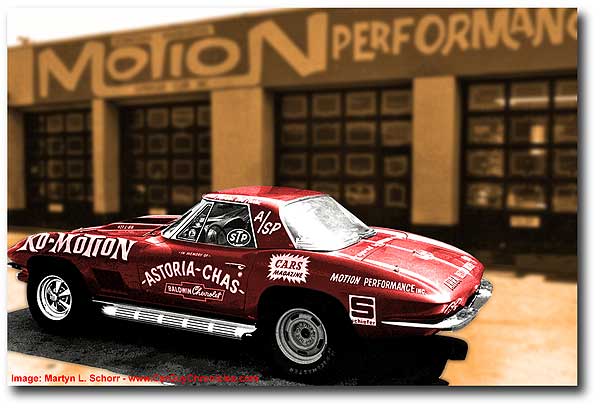 Unfortunately, Charlie was drafted and killed in Vietnam, but his friends back home fulfilled his dream by setting a national record with his “Ko-Motion Astoria-Chas” Corvette, with an 11.04 @ 129-mph run. Later, John Mahler ran a 10.47 et at a local track. Then the car was trailered to Chas’ sister’s house, garaged, and covered for the next 31 years! The car was eventually sold to businessman Glen Spielberg who was just a wee lad living on Long Island when Charlie’s car was spending lots of time at the Motion performance shop. Spielberg bought the car from the Snyder family with the promise that he would never restore or race the car. END_OF_DOCUMENT_TOKEN_TO_BE_REPLACED