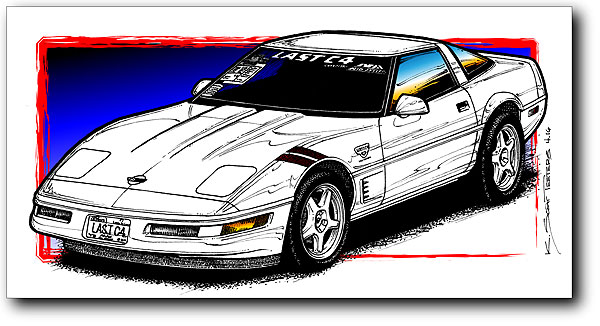 Dateline: 6.21.17 – “First and Last” Corvettes have become a niche specialty in the Corvette hobby. Year-by-year, the “first and last” Corvette is only marginally interesting. They’re cool to own or set aside, but not nearly as unique as the “first or last” of a generation.

Mike Yager of Mid America Motorworks came up with a novel idea. While most collectors think of ” special editions” and “firsts,” Mike thought of the “last” C4 Corvette off the production line. No one had ever considered that before. When GM announced in mid-’95 that the ’96 model would be the last of the C4 Corvettes, Yager launched his plan. Mike leveraged his relationship with Chevrolet with a unique proposal. Yager’s request was to be permitted to buy the very last Corvette to roll off the production line, on the condition that the he would retain ownership of the car and display it at his “MY Garage” (Mike Yager Garage). GM liked the proposal, had nothing to lose, and a lot of publicity to gain. 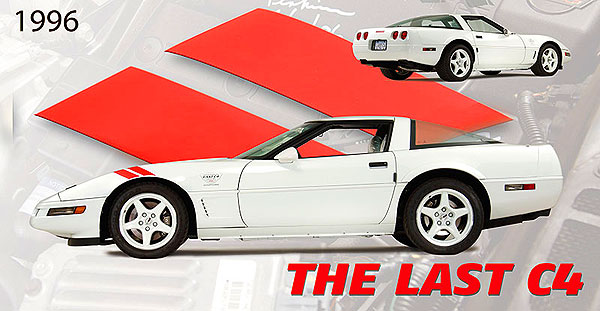 Mike decided that the Last C4 should be visually unique. In honor of the first Corvette, he chose polo white as the body color. From there he added the Grand Sport rear fender flares, white ZR-1 wheels, red Grand Sport front fender hash marks, special embroidery for the seats, and special “Last C4” decals for the front fenders and the windshield. Under the hood was a (See Videos) END_OF_DOCUMENT_TOKEN_TO_BE_REPLACED