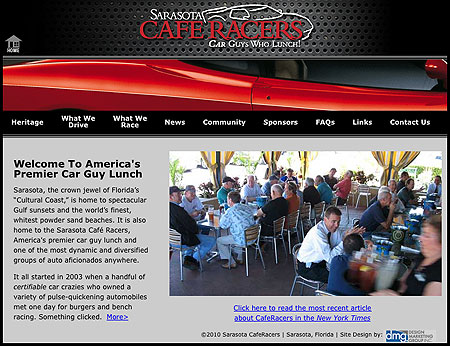 Marty will probably blush over this, but I’ll say it. Marty Schorr has made a larger contribution to not just the Corvette world, but to automotive hobbyists all over. Marty was at the helm of High-Performance CARS magazine for nearly 20 years. But “CARS” wasn’t the only pub Marty drove. He was also editor of Chevy Action, Speed and Super Car, the founder of VETTE Magazine and Thunder-AM, plus dozens of CARS Annual special editions and a few dozen stand alone car books. His latest book “Motion Performance – Tales of a Muscle Car Builder” is the official history of the Baldwin-Motion experience, as told by the man that helped create the whole shebang! As front man for the Baldwin-Motion experience, Marty provided those wonderful, “in-your-face” PR, advertising, brochures, and catalog campaigns for the successful Phase III Supercars. The list just goes on and on. “Prolific” is an understatement. And now, we should also add “car club impresario” to Marty’s list of accomplishments.

Car Guys Who Lunch started in 2003 when a group of dudes with gasoline in their veins got together for burgers and bench racing in a cafe in Sarasota, Florida. A good time was had by all with everyone agreeing, “Lets do it again!” Within a year, “Sarasota Cafe Racers” was officially launched, or should I say, “lunched.” (Arr, arr!) There are two aspects of Car Guys Who Lunch that make it so unique.