Passion and love bring a famous old Briggs “Swift” Cunningham 1960 Fuel Injected Corvette war horse back to life and into the lead roll in a movie!

Restored old race cars has become an exciting aspect of the Corvette hobby. If you have ever wondered if master craftsmen are still working today, I suggest checking out the work of Kevin MacKay, at Corvette Repair. Kevin and his crew have brought back to life famous Corvette race cars, including the Roger Penske ‘66 L88 Corvette, several of John Greenwood’s Corvettes, and Briggs “Swift” Cunningham’s 1960 Fuel Injected Le Mans class-winning 1960 Corvette, the star of the new documentary film, “The Quest.” 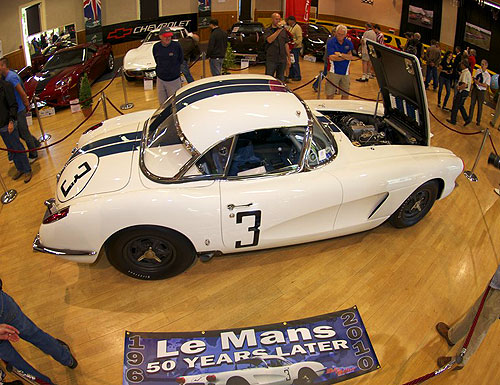 Here’s what I find to be so cool about these kinds of cars. The men that build or buy race cars do it to win races. Some cars become champions, others just competitors. But what usually happens is that this year’s used up race car is sold off and the team owner buys a new fresh car. The new owner of the used racer usually repaints the machine, END_OF_DOCUMENT_TOKEN_TO_BE_REPLACED