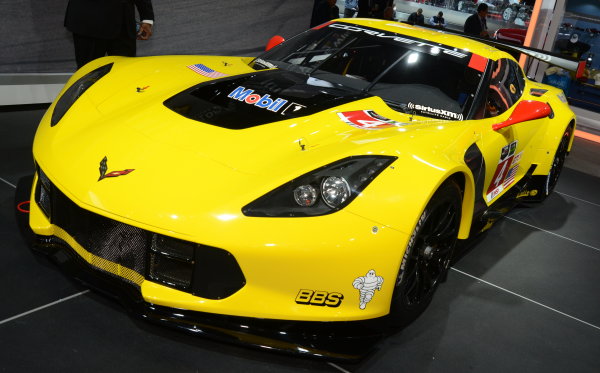 Dateline 2.14.16: Corvette Racing has announced that both of their team cars have received an invitation to compete in the 2016 24 Hours of LeMans endurance race – giving the Corvette crew a chance to back up last year’s LeMans win while continuing the momentum gathered in finishing 1-2 earlier this month in Daytona. END_OF_DOCUMENT_TOKEN_TO_BE_REPLACED

Corvette Racing Looks to Build on Historic Success at LeMans” → 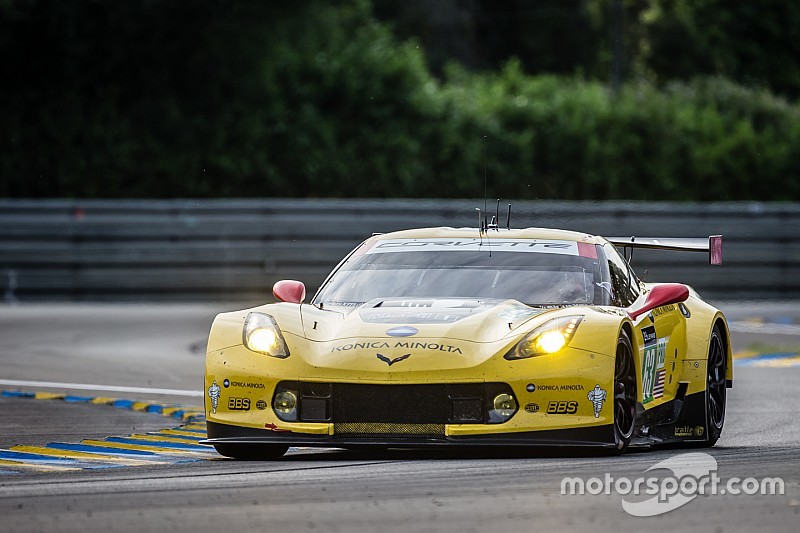 by Jamie Klein as republished from MotorSport.com
Corvette Racing has confirmed its driver line-ups for next June’s Le Mans 24 Hours

After decades of “why can’t we have a factory Corvette racing team?” Chevrolet and GM finally got behind a racing Corvette in ‘97, the way they did with NASCAR Chevrolets. With the vastly superior C5 platform, Chevrolet and Pratt & Miller engineers took their time developing all aspects of the C5-R. The results were SPECTACULAR!

The C5-Rs raced for 5-1/2 seasons, with the half season being ‘99 with only 5 races entered and one 2nd place finish. For the 2000 season the team entered eight races, taking one 1st place win at the Texas Motor Speedway. But it was 2001 that the Corvette Racing team hit their stride. In the 10 races for the season, the two-car team took eight 1st place wins and six 2nd place wins, PLUS, they won their class at Le Mans. In international sports car racing, the saying is that if you win at Daytona, a lot of people will notice. But if you win at Le Mans, EVERYONE will know!

END_OF_DOCUMENT_TOKEN_TO_BE_REPLACED

Dateline: 8.9.11
Here’s the latest episode of “Track to Street: Corvette Racing Series.” PLUS!!! All 11 previous episodes. Time to catch up!

According to Chronology of Chevrolet Corvette website, it was sometime in 1997 that the Corvette Racing Team began developing the C5-R race car, based on a production C5 Corvette. C5-R chassis testing began in November ‘97 with the first completed C5-R race car ready in early ‘98. After nearly a year of testing and development, the C5-R’s first competition was at Daytona International Speedway on January 10, 1999. After 24 hours of competition, the C5-Rs came in 2nd and 12th in the GT2 class. Not too shabby for an all-new race car and team.

1999 was a tough year with the C5-R always contenders but not taking a first place win. The best finishes were 2nd place at the Daytona 24 hours race in January and the Laguna Seca 2 hour and 45-minute race in October. The team scooped up their first 1st place win on September 2, 2000 at Texas Motor Speedway in the ALMS series GTS class. Later that month, the team scored their second 1st place win at the 10 hours at Road Atlanta.

While that’s not “domination” (something you really DON’T want, because the sanctioning body will put heavy restrictions on your car) it does mean that Corvettes are ALWAYS a force to be reckoned with. The old days of Corvettes being considered as just unsophisticated “fast trucks” are OVER! But how did we get here? It’s the result of a factory-backed, long range R&D group team effort. This is what Chevrolet and GM should have done from the beginning, instead of cow tailing to the 1957 AMA ban on American auto manufacturer’s participation in auto racing.

So, what’s it like inside the C6.R Corvette Racing team? The series “Track to Street: Corvette Racing Series” regularly serves up short, tasty video dishes of behind the scenes action in the C6.R Corvette camp. The latest, “Episode 12” is at the top of this post. If you missed the previous 11 episodes, we’ve included 1 through 11 below for your enjoyment. END_OF_DOCUMENT_TOKEN_TO_BE_REPLACED