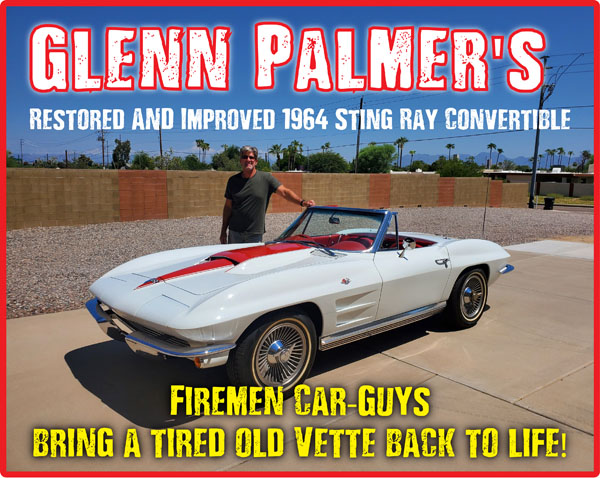 Firemen Car-Guys bring a tired old Corvette back to life!

Dateline: 9.15.22 – This story was first published in the November 2021 issue of Vette Vues Magazine – Police, Fire, and First Responders are a unique breed of American. The work is dangerous and just like military combat experience, unique bonds are formed, sometimes for life. This story is about fellow firemen; Lance Mallow, the Corvette’s third owner, and life-long Corvette-guy, Glenn Palmer. Glenn was part of the teams from all over America sent to work as part of the FEMA teams for 9/11 and Hurricane Katrina. 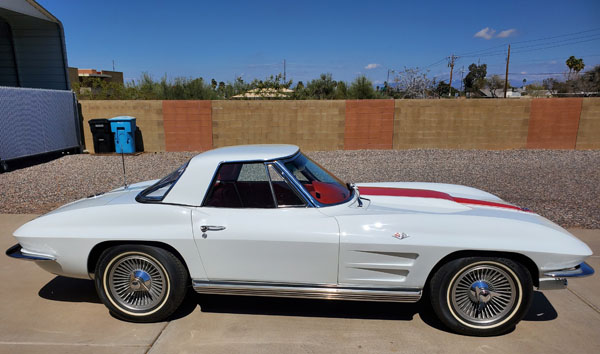 Lance Mallow was a big, strapping football player as a young guy. In 1973 Lance bought a white 1964 Corvette Convertible from his high school football coach. The car was originally purchased new from from Courtesy Chevrolet, in Phoenix, Arizona, on October 3, 1964. Lance’s coach was the third owner. The car has never been out of arid Arizona, so there was no rust on the car whatsoever.

Once A Daily Driver 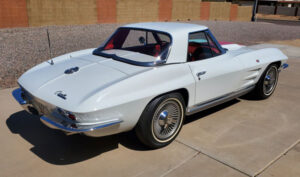 For years the Corvette was Lance’s daily driver and along the way, he personalized the car with lots of typical ’70s street machine features, including; Hooker Header Side-Pipes, Mags, a diamond-tuft interior, and numerous other bling-things. Hey, it was the ’70s and Lance had a blast with his Corvette. 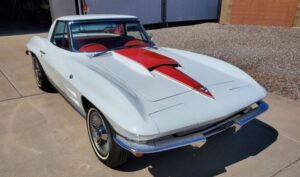 Glenn met Lance Mallow in 1981 when they started working out of Fire Station 27, in Phoenix, Arizona. Firemen spend a lot of time training and maintaining their equipment to be ready in a heartbeat. Along the way, Glenn and Lance learned of their mutual interest in cars and Corvettes. Lance’s Corvette was his daily driver, so Glenn got to see the car every day and got to know the car well. END_OF_DOCUMENT_TOKEN_TO_BE_REPLACED