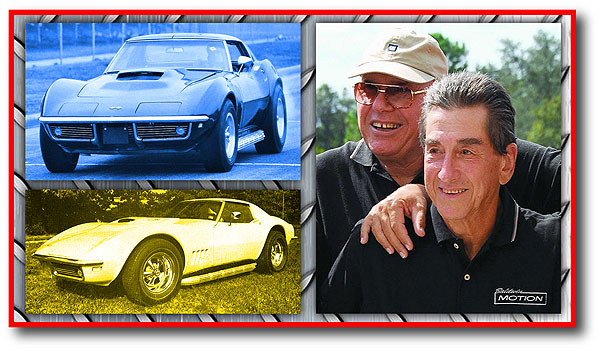 An Intimate Conversation With Martyn “Marty” L. Schorr and Joel “Mr. Motion” Rosen – Co-Founders of the Baldwin-Motion Supercars
Dateline: 8.10.17 / Photos:  Martyn L. Schorr & K. Scott Teeters’ Baldwin Motion Magazine Archives, Mecum Auctions, Dan McMichaels, & Google Maps – Part one of my 2013 Far Out Radio conversation with Marty Schorr and Joel Rosen is in the July 2017 issue of Vette Vues can be enjoyed HERE. The year 2017 marks the 50th Anniversary of the Baldwin Motion Experience. Before we get into the rest of my 2013 conversation with Marty and Joel I’d like to share an anecdotal story about setting up the interview.

I have known Marty Schorr since 1976, just after he started “VETTE Quarterly”, the first Corvette-only, newsstand publication. I’ve had numerous conversations with Joel since around 2000 and always found him to be polite, but very reserved. When I asked Marty if he’s like to me on my radio program he said, “Sure, I’d be happy to.” When I asked Joel, he said, “Well, okay, but I don’t really have that much to say. How long is the interview?” I told him I did a one-hour show and without the commercials and bumper music, we have around 45 minutes to talk. He said, “Oh… I really don’t have that much to say, Scott. Really.” So, I assured him that if he ran out of things to say, Marty would fill in the rest.

When the show started, Joel was reserved, as usual, but quickly loosen up. Before I knew it, he was seriously bench racing! As the host of the show I carefully watch the clock. When I said, “Well guys, we’re just about out of time, Joel said, “What! We just got started!” That’s just what happens when car guys get to bench racing.
END_OF_DOCUMENT_TOKEN_TO_BE_REPLACED 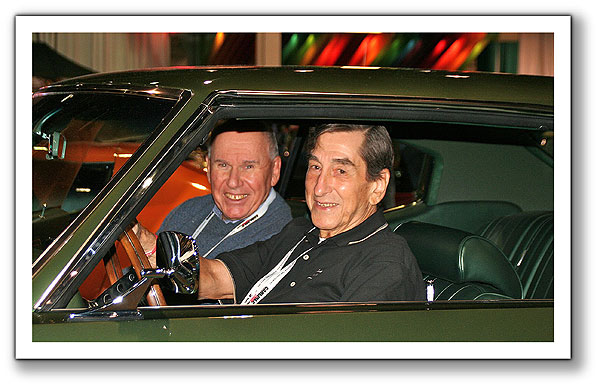 Dateline: 7.19.17 – This interview appeared in the July 2017 issue of Vette Vues Magazine. Part 2 coming soon! – Marty Schorr is the former editor of CARS Magazine, the founder of Vette Magazine, and is the current editor and chief of CarGuyChrolicles.com, and PMPR, an automotive public relations form. Joel Rosen is the former owner of Motion Performance, on Long Island, in New York, and currently owns and runs Motion Models, a world-renowned, scale military model company in Florida.

In June 2013 I had the pleasure of interviewing Marty and Joel on my radio program, “Far Out Radio.” And now, you get to read the story from the guys that made it happen – Marty Schorr and Joel “Mr. Motion” Rosen. The guys created a legend and we’re still talking about it over 50 years later!

You can enjoy Part 2 of this conversation, HERE.

Scott: Great to have you here all the way from Florida. You never thought it would go this long, did ya? (laughs)

Marty: (Laughing) We never thought it would go past the 1970s!

Scott: Really? And here you are, my goodness. So, now that I have you both here, I’m curious before we get into the story, have you ever been on a radio program like this together, talking about what you have done?

Marty: Yea, we’ve done it and we’re still not tired of each other, which is amazing. (laughs)

Joel: That’s what he says! (both guys laughing)

Scott: It sounds like you are both soul brothers to me. So, were you guys bench racing over some beers, or which one of you came up with the Baldwin-Motion idea first? How did this all get started? END_OF_DOCUMENT_TOKEN_TO_BE_REPLACED