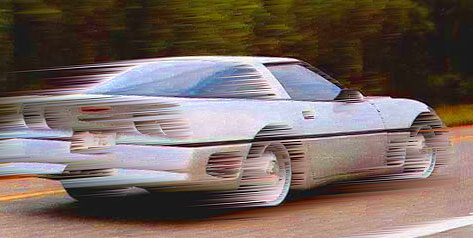 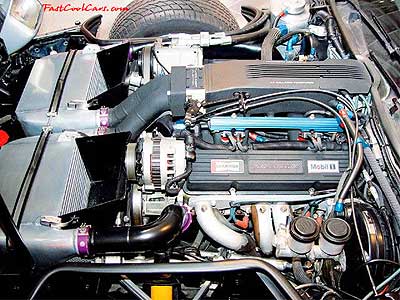 The 250-MPH Club has very few members. The astonishing $1,705,769 Bugatti Veyron 16.4 Super Sport that holds the Guinness average top speed record of 267-MPH, but is based on an architecture originally designed to be an all-out race car, not a platform designed in 1980 as a mass-produced sports car. Then there’s the $650,000, 1,287-HP Ultimate Aero built by Shelby Super Cars that’ll do 270-MPH. Granted, the Bugatti and Shelby do things END_OF_DOCUMENT_TOKEN_TO_BE_REPLACED

Yesterday we told you about the rather lackluster turbocharged L-48 ‘79 Corvette. No one was going to get warm over a 280-to-290-horsepower turbo Corvette. But nearly 900-horsepower? NOW YER TALKING! I covered the car back in June 2008 as Illustrated Corvette Series No. 136 for my monthly VETTE Magazine column. The story copy from the article is below.

What’s amazing, besides the raw speed and power of the car, is that Callaway never built another one, at least, one that we know of. If they did, the owner kept it a secret because I’ve never seen or heard of another Sledgehammer. If you’re reading this and know of one, please let me know. What a difference nine years made between the ‘79 turbocharged L-48 that the Chevrolet engineering department built and what Callaway made. But to be totally fair, Corvette engineers aren’t in the business of developing mega-horsepower Vette engines, and Callaway isn’t in the business of designing mass production cars. . So, we’ll give the Corvette guys a pass and kudos to Callaway! And to think, this wasn’t a trailered speed machine. Callaway’s team drive it to the track, set the record, and drove it home! AMAZING! here’s the story.  – Scott 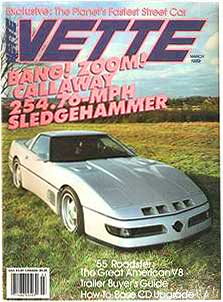 While the 200-mph ‘09 ZR1 is receiving well-deserved kudos, nearly 20 years ago Reeves Callaway and his team smashed the record books with a street-driven twin-turbo ’88 Corvette called “The Sledgehammer.”
The Sledgehammer was a radical version of an ’88 production Vette. This was no one-of-a-kind exotic like the Ultimate Aero, built by Shelby Supercars. The Ultimate Aero’s record-setting average speed was 256.18 mph – not much more than the 254.76-mph production-based Sledgehammer.

Plans for the Sledgehammer began after a modified Callaway Twin-Turbo won the Car & Driver “Gathering of the Eagles” top-speed event in 1987. Reeves Callaway drove the car to a top-speed of 231-mph. The car was fast, but it was rough, hot, smelly, and difficult to drive.  Corvette Chief Engineer Dave McClellan joked about Reeves 231-mph car saying, “Des Is Der Sledgehammer!” The name stuck and Reeves got busy! END_OF_DOCUMENT_TOKEN_TO_BE_REPLACED