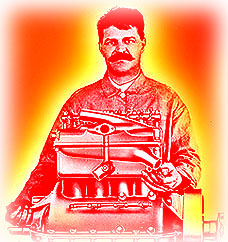 The other day I was telling my wife, Karen, that the Corvette topic is virtually endless. With nearly 60 years of production, 21 special editions, race cars, tuner cars, experimentals, prototypes, events, auctions, car shows, history, plus the personalities associated with Corvettes, IT’S HUGE! An army of bloggers couldn’t cover it all, but I’ll do my best! As we ease into the last two days and the last weekend of 2011, I thought it would be fun to look back at what I think were the Top 10 Corvette Stories of 2011. So, in no particular order or importance, let’s take a cruise through the 2011 world of Corvettes.

1. Chevrolet’s 100th Birthday – The early days of the automobile industry were indeed wild. Companies were formed, bought out, merged, or went out of business – often very quickly! The truly wild part of the Chevrolet story has to do with the company’s namesake, Louis Chevrolet. It seemed that Louis and his partner Billy Durant didn’t see eye-to-eye and after a few short years, Louis cashed out and went on his merry way building race cars. But in what has to be the ultimate irony of the automotive world, after numerous businesses failed and the Great Depression caught up with Louis, the man “needed a job!” And where did he find employment? At Chevrolet, as an assembly line mechanic! For more of the story, CLICK HERE. 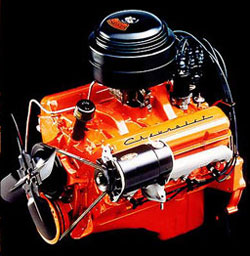 2. The 100 millionth Small-Block Chevy Engine – Last August GM announced that Chevrolet would be building its 100 millionth small-block Chevy engine later in the year and it would be installed into a ‘12 Corvette. Pretty damn cool, considering that the car’s survival was very iffy well into the ‘60s. Regardless, it’s great to see how Chevrolet has honored the small-block Chevy engine AND the Corvette by officially making what is currently the most powerful production engine ever built in Detroit, the ZR1’s 638-horsepower LS9 engine, the “100,000,000th Small-Block Chevy Engine.” BRAVO Chevrolet. Last November CorvetteBlogger.com did a very nice post covering this once-in-a-lifetime Corvette/Chevrolet event. To read the story, CLICK HERE. 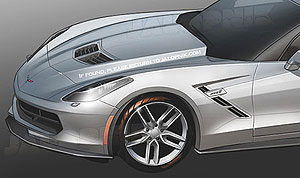 3. Jalopnik’s MAJOR C7 Sneak Peek – Thanks to the internet and the blogosphere, there has NEVER before been this much anticipation for a new generation Corvette. When new scraps of C7 red meat hit the floor, us Corvette doggies go wild! Last November Jalopnik.com dropped a major slice on the Corvette community. At first they claimed they had photos. Then the next day they released three, very well done, computer-generated illustrations they claim are based on an unnamed insider that swears on a stack of Bibles piled up on his mother’s grave that this IS the new C7 Corvette! And not “just” the 2014 C7 Corvette, but the 2015 ZR1 Corvette. Of course, Chevrolet says Jalopnik got it all wrong, to which Jalopnik followed up with a post saying, “GM issues weak-ass denial of our 2014 Corvette exclusive.” Come on kids, PLAY NICE! You can catch out post HERE.

4. Another Le Mans Win For The Corvette Racing Team – It’s no secret that the Corvette Racing team didn’t have a spectacular year. Which goes to show us all that there’s no resting on your laurels. Just because the team won 100% of their races in 2004, 90% of their races in 2002 and 2005, and Le Mans six times before, doesn’t mean that a hundred things can’t go wrong out on a race track. Of the 10 races in the season, the team won two and came in 2nd place two times. Le Mans and Mosport were the team’s two first place victories and Long Beach and Mid-Ohio were the team’s second place wins. While a 20% win rate isn’t “spectacular” Le Mans IS the big prize. CorvetteBlogger.com did a very nice post on the Le Mans victory that you can read HERE. And you can keep up with the latest from the Corvette Racing Team at their official www.CorvetteRacing.com site. END_OF_DOCUMENT_TOKEN_TO_BE_REPLACED