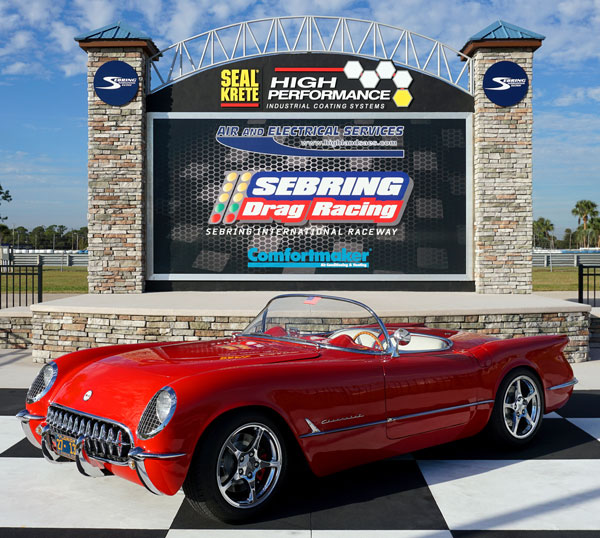 Dateline: 11.13.20 This story was first published in the  August 2020 issue of Vette Vues Magazine. Story and Photos by K. Scott Teeters – In 2015, Sebring, Florida resident Rick Weigand was in a pickle! Rick was the long-term owner of a 1963 327/300 Sebring Silver Split-Window Coupe with an AM/FM radio that he bought in 1973. After all, when you live year-round in the Sunshine State, and you’re a young, good-looking guy; you have to have a sexy car! Corvettes aren’t the most practical cars in the world, but for Rick, he couldn’t have cared less; he owned one of the most desirable Corvettes of all-time. 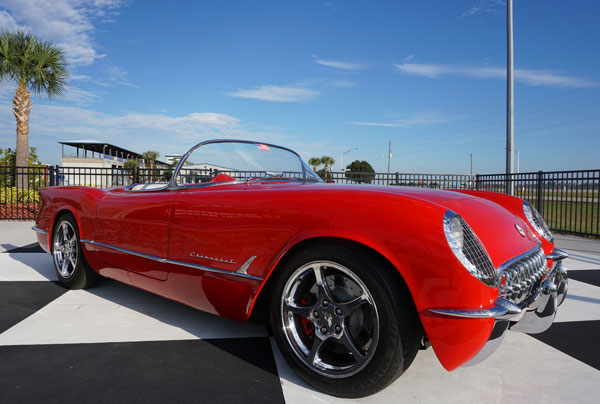 The bargain-priced, $53 L75 327/300 engine was a sleeper thanks to its 350 lb/ft of torque – that’s just 15 lb/ft less than the mighty 327/375 L84 Fuelie! Rick’s Sting Ray was quick and fast and provided years of cruising, some drag racing fun, plus going to the races at Sebring International Raceway. When you are young and full of spunk you can do anything and tolerate a lot. But a performance car with no A/C in hot, humid Florida can be a workout. 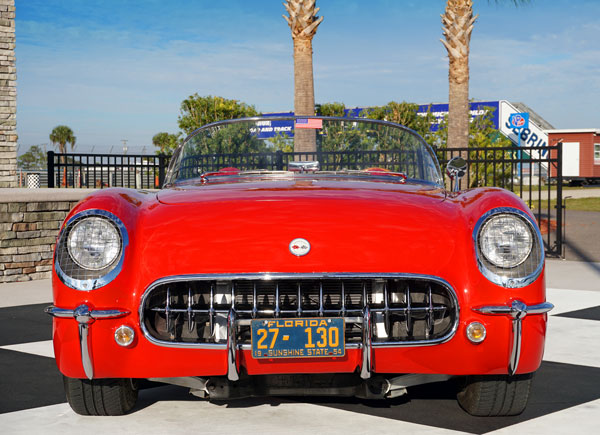 The Sunshine State is known for its beaches, outdoor activities, and fantastic winter weather. But being in a lower latitude, the intense sunshine and ultraviolet light is brutal on modern clear-coat paint and more so on lacquer-painted old cars. As Rick’s Sting Ray was a daily driver, it spent its days baking in the sunshine. 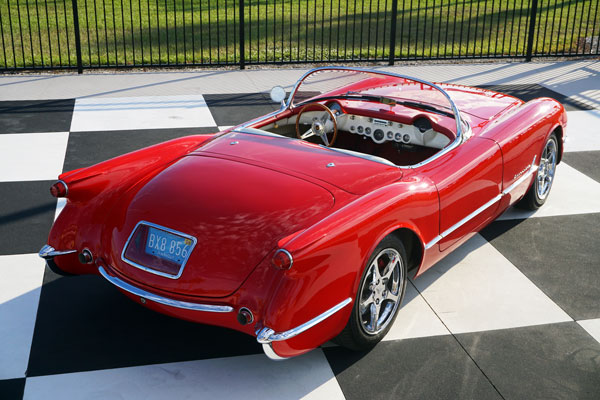 When it was time for new paint, Rick discovered that Sebring Silver was not the car’s original color. Yes, he could have discovered the factory paint from the VIN number, but hey, it was the ’70s and his car was a driver. Rick had the car repainted to its original Ermine White. As the years rolled by and life picked up more responsibilities, Rick found he was driving the Sting Ray, less and less and we all know, these cars are made to be driven. 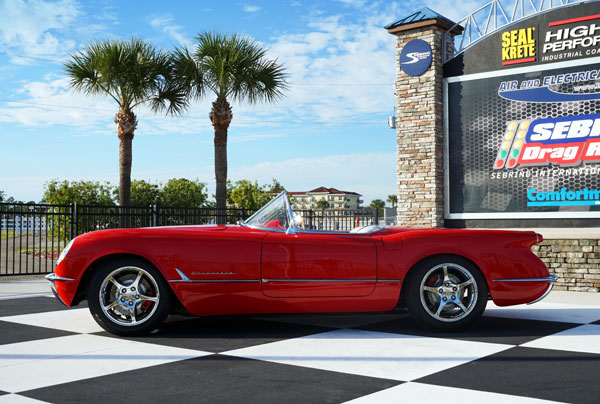 By 2013, between lack of use and heat, the repaint was shot, and just about everything needed to be replaced. An expensive full restoration was needed, so after four-plus decades of ownership, it was time to say good-bye to his old friend. No one knew back in ’73 that Split-Window Coupes of every pedigree would become so valuable. 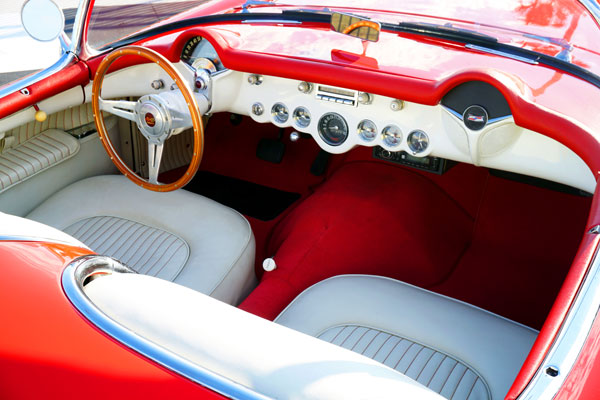 Sometimes, Providence visits us. In 2014 Rick learned that NASCAR legend Rick Hendricks was looking for a 1963 Split-Window Coupe for his car collection. Even ’63 Split-Window hulks can cost many tens of thousands of dollars. Terms of the sale were agreed on and Rick’s old daily driver is currently being treated to a full, frame-off restoration. 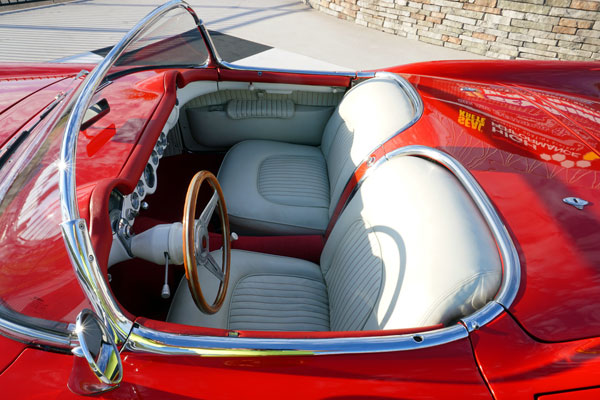 Once a Corvette guy, always a Corvette guy, Rick always loved the classic lines of Harley Earl’s original 1953-1955 Corvette style. But with his 20s behind him, creature comforts and safety now have a higher priority. Rick wanted modern disc brakes, electronic fuel-injection, 25-mpg, and a suspension that can deliver a comfortable ride. Rick realized what he was looking for was a restomod. 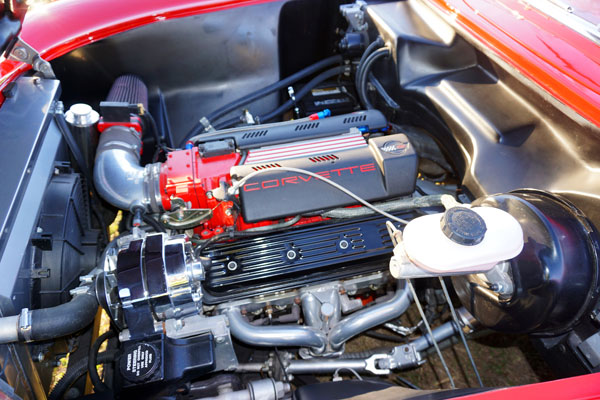 Creating a restomod from scratch can be an expensive enterprise. Being a big fan of car auctions Rick had been to the Mecum Kissimmee Auction many times. Restomods are always at auctions, so it’s a great way to find a modernized classic ride. When Rick saw a cherry-red, ground-hugging 1954 Corvette restomod in the 2016 Mecum Kissimmee Auction catalog, he said, “That’s my car!” 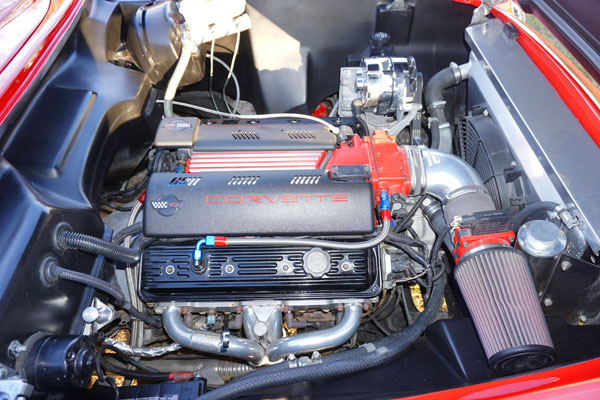 After winning the car’s auction, all he had to do was drive the car home to Sebring. Most restomods are objects of affection and are not daily drivers. Not Rick’s car, he puts around 50-miles a month on the car, tooling around town, attending car shows, and the weekly Friday morning Corvette breakfasts at Oscar’s Restaurant in Sebring. Let’s have a look-see at what’s makes this restomod unique. 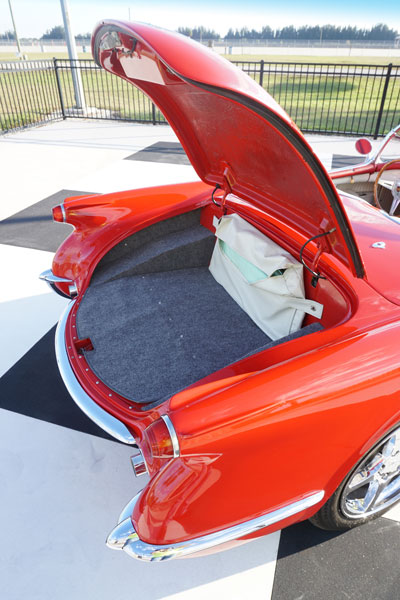 Corvette restorer James Sandford and his son, a mechanical engineer; in St. Petersburg, Florida built the ’54 Corvette as a project car in 2010. The body and interior are essentially original; right down to the wire mesh headlight guards and vintage-style upholstery. Under the 66-year-old fiberglass is a 1990s C4 frame, suspension, and brakes. C4 Corvettes have a 96.2-inch wheelbase so the C4’s frame was lengthened 102-inches. 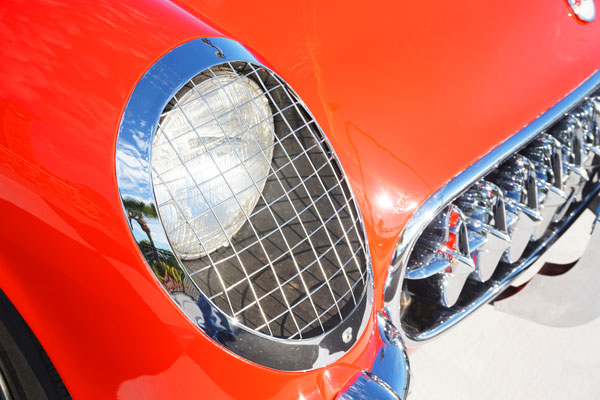 While the C4 chassis looks dated compared to the C5s-to-C7s, they are plentiful and excellent for hot rods and restomods. Compared to a C1 chassis with its recirculating-ball steering and X-Frame, the C4 chassis is light-years beyond the C1. And considering that Chevrolet built 358,180 C4s, there are tons of parts in salvage yards. As Rick’s restomod is a street machine, new factory-level shocks, sway bars, bushings, etc are used. The power rack-and-pinion steering, aluminum differential, and four-wheel independent suspension make Rick’s restomod ride and drive like no C1 ever did. 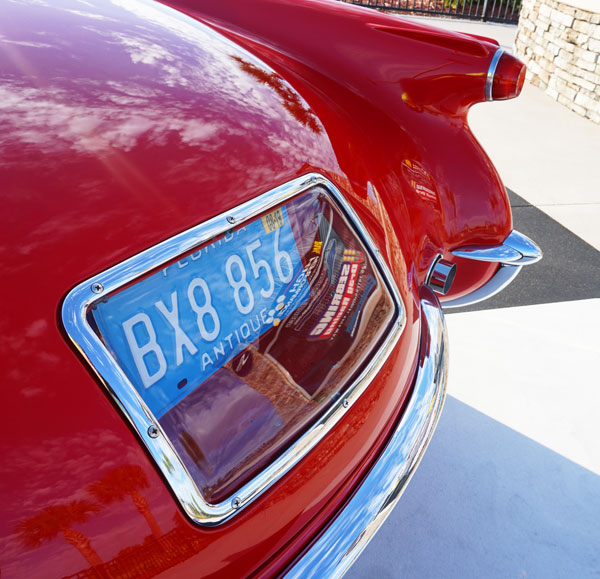 Under the factory-original hood, there’s a refreshed C4 Gen II fuel-injected 350 LT1 engine with a K&N air filter, and metallic powder-coated headers connected to a custom stainless steel exhaust system. An aluminum radiator with a thermostatically-controlled electric fan keeps everything cool. The GM 700R4, 4-speed automatic transmission with a 30-percent overdrive fourth gear. The brake rotors are drilled and slotted, with refurbished, painted red C4 calipers. The chrome 5-spoke 17×8 wheels are from a 2000 Corvette and are shod with Michelin MX4 All-Season tires. 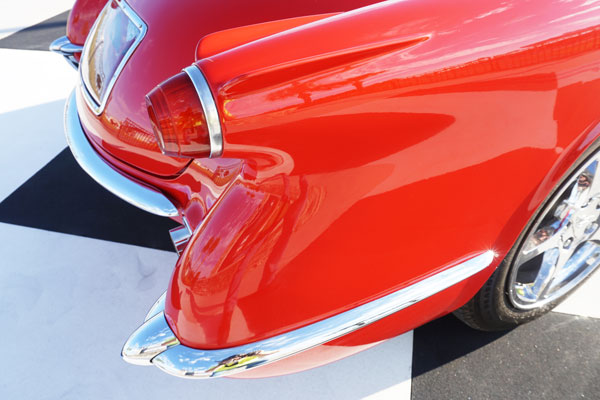 The interior has red pile-cut carpeting, a red dash top, a white instrument surround, steering column, kick-panels, door panels, seats, new/refurbished bright-work, and a stock shifter for that classic C1 look. The only non-production elements are a coolant gauge, a Lecarra teak-wood steering wheel, and an AM/FM radio. Rick wants to have the seats lowered and re-contoured to accommodate his 6′-3” stature. He’s also thinking about period-correct, chrome Halibrand-style wheels. 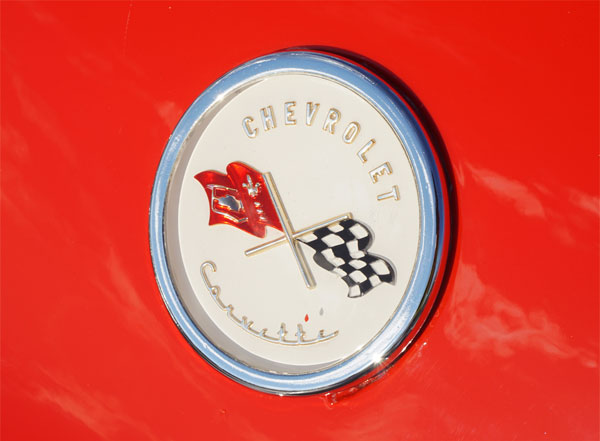 South-central Florida has a robust car culture with all kinds of street machines. In 2016 Rick won 1st place in the Corvette Class at the Lake Placid Caladium Festival Car Show in Lake Placid. If you are in Sebring, Florida and you see a low, cherry-red Corvette, that Rick Weigand’s 1954 Corvette restomod. You can’t miss it! – Scott