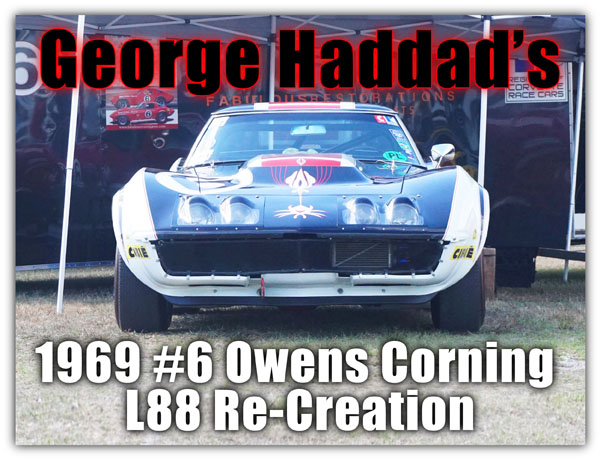 Dateline: 8-3-22, Photos by K. Scott Teeters, except where noted. This story first appeared in the July 2022 issue of Vette Vues Magazine – When you grow up in Detroit in the ’50s and ’60s “cars” are in your soul. That was George Haddad’s. By the age of four, he could call out car names in his neighborhood, Grosse Pointe, a suburb of Detroit. As a teenager, Woodward Avenue was his hangout. Zora and Alfie Duntov lived there too.

George’s dad got him his first car, a six-cylinder 1965 four-door Dodge with little hubcaps. George said to himself, “That won’t do!” He had some money saved and promptly bought a 1964 Max Wedge Plymouth Fury with a four-speed, and no frills, just horsepower.

After a $29.95 Earl Schelb paint job, George was ready for Woodward Avenue cruising and drag racing. “I was a Mopar guy and street machines weren’t pretty then, no one had any money. Once I took the car to Detroit Dragway and ran 13.2, but I was in the street scene, that’s what you did all summer.”

A few years later George was working for Chrysler when a friend that worked at the GM Tech Center got a new Rally Red 1968 Corvette Convertible. “I was crazy about my friend’s Corvette, it looked like a car from another world, and I had to have one. So I bought a used ’68 327 Corvette Convertible with a four-speed and no options.” 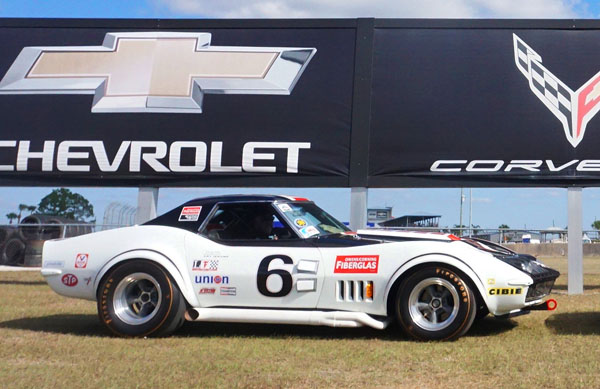 George meets an “old guy” with an odd Corvette

Here’s how George met Zora Arkus-Duntov one day in town. “My car buddies and I would hang out together with our Corvettes along the curb in town and we’d see an old guy drive by in a white Corvette but didn’t know who he was. Zora was home recuperating from surgery and sometimes he’s stop and talk to us because he could see we were all Corvette guys. First of all, I couldn’t understand him. I kept wondering, who is this eccentric old guy? END_OF_DOCUMENT_TOKEN_TO_BE_REPLACED