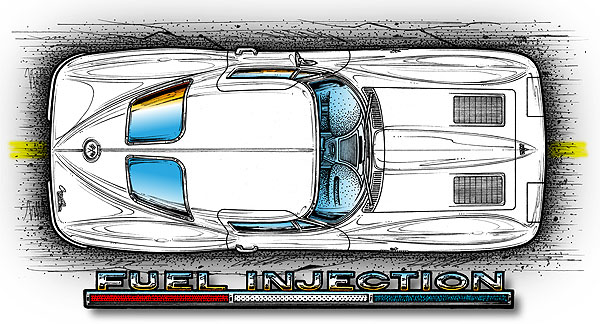 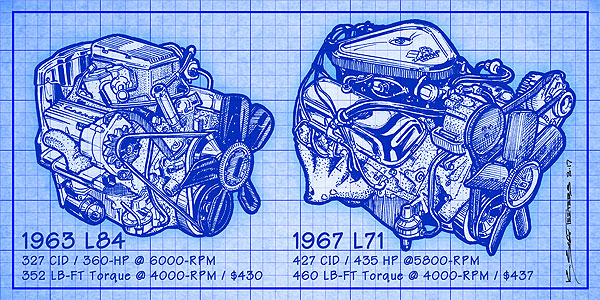 The rear glass had a split down the middle so that the crease that started at the front edge of the roof could run uninterrupted back to the end of the car. This was the infamous “split-window” that was a love-it, or hate-it detail and was Bill Mitchell’s pet design element. The split-window was gone after 1963 – making the 1963 coupes a rarity. 1963 convertibles outsold coupes, 10,919 to 10,594. Some coupe owners replaced their split-window with a 1964-1967-style rear glass! END_OF_DOCUMENT_TOKEN_TO_BE_REPLACED 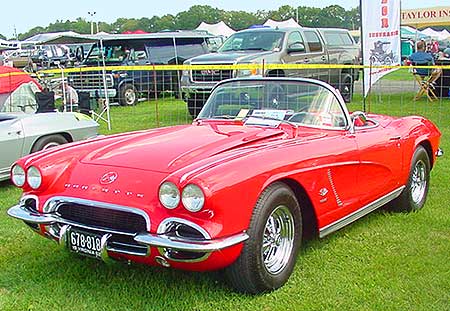 Over the years, Corvettes have evolved into ultimate American supercar. Yea, there are a handful of high-end exotics that can walk away from a C6 ZR1, but with enough $$$, you can do nearly anything. But like Hobbits from the Lord of the Rings trilogy series, Corvettes turned out to be the most unlikeliest of heroes when you look at the earliest Corvettes. While the ‘53 – ‘54 Corvette was a fine-looking car compared to its contemporaries, good looks will only get you so far. Thankfully, the 265 Chevy small-block arrived just in time. If there had been no SBC engine, the Corvette never would have made it into the ‘60s.

The difference between a ‘53 Blue Flame Six and a ‘62 Fuel Injected Corvette with the racer kit options is astonishing. By ‘62, Fuelie Corvettes had a near strangle hold on SCCA A/Production racing. Established racers such as John Fitch and Dr. Dick Thompson helped carry the banner forward and start up racers including the great Dave MacDonald, and Dick Guldstrand END_OF_DOCUMENT_TOKEN_TO_BE_REPLACED

Dateline: 8.19.11
Chevrolet announces the 100-millionth Small-Block Chevy engine to be built and installed in a ’12 Corvette in Fall 2011

This week Chevrolet announced that the 100-millionth Small-block Chevy engine will be built sometime in Fall 2011 and will most likely be installed in a 2012 Corvette! So three cheers to Chevrolet.

Although the small-block Chevy engine was designed to be an efficient passenger car engine, the design’s simplicity and durability has been providing Chevy fans with some of the fiercest engines ever. SBCs have powered just about every kind of race car from Indy and Le Mans, to drag strips and dirt tracks all over America.

Which SBC will be the magic 100 millionth engine has not yet been announced. It could be the mighty 430-horsepower LS3 engine used as the base engine for the Corvette, or possibly the most powerful production engine ever built in Detroit history, the 638-horsepower supercharged LS9 that powers the C6 ZR1 Corvette rocket ship. I’m sure that Chevrolet will make a BIG media splash about this car.

The man credited with designing and developing the SBC was former General Motors president, Ed Cole. As a youngster Cole liked to tinker with radio sets and was briefly a field rep for a tractor manufacturer before enrolling in the General Motors Institute where he got his degree in engineering. In 1949, along with GM’s Harry Barr, Cole developed the acclaimed 1949 Cadillac OHV V8 engine. By 1952 Cole was promoted to chief of engineering for Chevrolet. His first major project was the design and development of the replacement for Chevrolet’s tired, old, Stovebolt-Six engine. The finished engine was essentially a simplified, smaller version of the Cadillac OHV engine he’s helped design in ‘49.

When nested between the front fenders of the new ‘55 Chevy, the 265-cubic-inch, 162-horsepower engine looked, well, tiny. It probably only took a few weeks for hot rodders to realize that there was a ton of red meat in the little lightweight engine. The new small-block Chevy quickly developed the nick name “Mouse Motor.” Within a few years, the new SBC completely changed hot rodding and racing. It was, “good-bye Flathead Ford” and “Hello Small-Block Chevy.” END_OF_DOCUMENT_TOKEN_TO_BE_REPLACED