In the history of endurance racing, some entries have notably stood out in sheer importance, and the car being made available here will satisfy the most discerning criteria. We are proud to present to you the 1974 Greenwood Corvette chassis number 002, the ‘Spirit of Sebring ’75,’ the first and most famous of only six Greenwood wide-body race machines ever built. END_OF_DOCUMENT_TOKEN_TO_BE_REPLACED

A Brief Tribute to Corvette Racing Legend, John Greenwood
Dateline: 7.13.15 (There are four videos at the end of this post)

The Corvette community lost another legend last week. On July 7, 2015 John Greenwood died. During the 1970s John and his brother Burt arguably made more of an impact of Corvette racing than anyone in their time.

Their most stunning legacy was the development of the Corvette wide-body, also known as the “Batmobile.” The wide-body kit was the last of what was unofficially known as “Duntov’s Racer Kit” series of Chevrolet engineered parts for road racing Corvettes.

By 1974 racing tires had almost quadrupled in width from those of the early 60s and were beyond the L88 fender flares that had been out since 1968. Racers were also learning about and making better use of air downforce. Chevrolet designed the wide-body kit and Greenwood developed and marketed the parts into a huge aftermarket enterprise, along with building all-out racing Corvettes for customers. The Greenwood brothers engineered suspension parts and setups and made them available to customers. 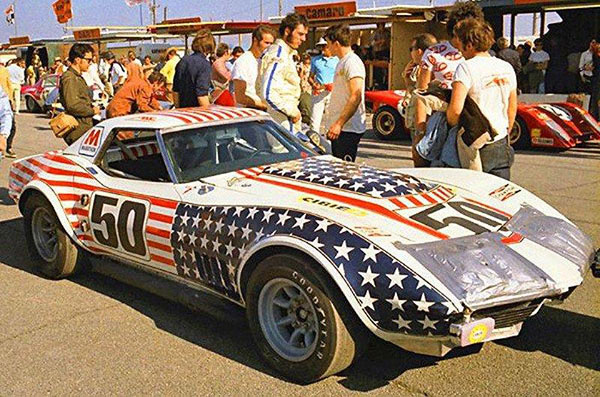 The wide-body look was so popular that complete street versions were offered by Greenwood and privateers could build their own street versions by purchasing the body kits. John and Burt also made body kits for C4 Corvettes, but the term “Greenwood body” will forever be linked to what it undeniably the wildest Corvette look ever

Below is a tribute to John Greenwood written by Registry of Corvette Race Cars and Vette Vues contributing writer/photographer, Wayne Ellwood that was published on July 13, 2015. Many thanks to Wayne Elwood for his brief overview of John Greenwood’s racing career. Condolences to the Greenwood family. – Scott 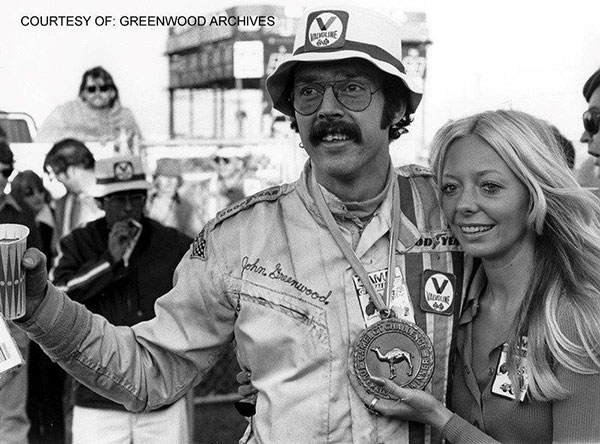 The son of a GM executive, John Greenwood began drag racing as a teenager on Detroit’s famed Woodward Ave strip. A few years later, he caught the road-racing bug after entering his new 1968 Corvette in a parking lot solo event. That was enough. When he took his big block Corvette to Waterford Hills it marked the start of a remarkable career in SCCA and IMSA, a full-blown race shop, a sponsorship program with the BF Goodrich Tire Company, a thriving cars and parts business, and three trips to the 24 hour race at Le Mans, France. END_OF_DOCUMENT_TOKEN_TO_BE_REPLACED