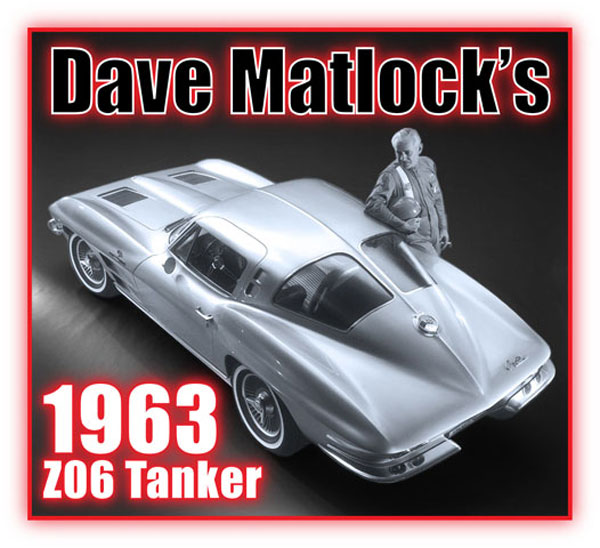 Dateline: 10.5.22 – This story was first published in the June 2020 issue of Vette Vues Magazine – Restoring old cars is a long, arduous, and expensive enterprise. When the car being restored was once a race car, the owner has an important decision to make; does he restore the car back to its factory original condition or to its racing configuration? If the owner chooses the race car life of the car, it had better been a championship car, otherwise, the owner will probably never see a return on investment.

Restoring Back to When? 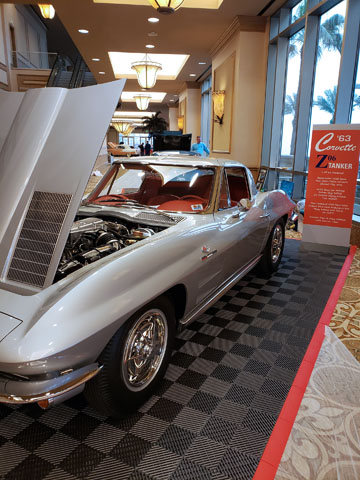 Two excellent examples of this at both ends are the 1960 Cunningham Le Mans Class-winning Corvette and the John Greenwood Widebody Sebring ’75 race car. The Cunningham #3 Corvette is estimated value is in the millions. In 2015 the Greenwood Corvette auction stalled at $300,000. Why? The Greenwood car is a beautifully restored racer, but it was never a champion car.

Dave Matlock’s 1963 ZO6 Corvette Sting Ray tanker was indeed a racer, but it was only raced regionally and didn’t win any championships. The car was sponsored by Star Chevrolet in East Orange, New Jersey, and was raced for only one season. In the car’s last race the front end was bumped and rubbed, but the car was not seriously damaged.

Skip Sofield was Star Chevrolet’s “Mr. Corvette”; spearheaded the racing effort and drove the car, along with Martin Krinner and Tom McNeil. “Racers” are not “collectors”. Back in the day, typically if a car is damaged or outdated, it was sold off or put into storage. Sofield’s ZO6 went into storage for decades. 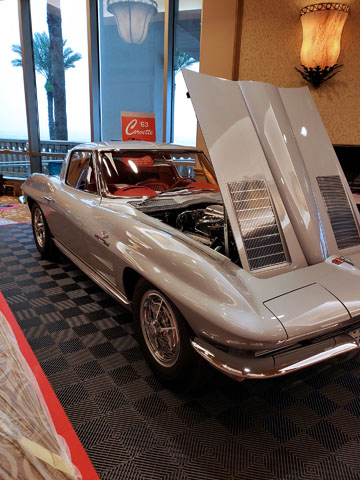 As the years rolled on, the ZO6 was just a damaged old racer that was no longer competitive. No one wanted it. The only interest the car received was from vandals. The theives broke into the storage facility and helped themselves to the seats, seat belts, door panels, radio, and other small parts that they could steal quickly.

Despite the front end damage and some missing interior parts, the car was mechanically sound. Eventually, someone decided to put the car back to running condition, repair the body, and fix the interior, just to get rid of it. 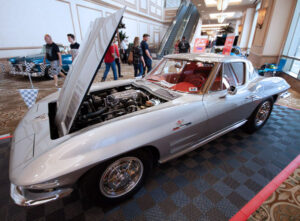 From the factory, the Z06 was Sebring Silver with a red interior and had several juicy options, including; N03 36.5 Gallon Fuel Tank (the “Tanker” option), Power Windows, and an AM/FM radio. The build was in February 1963. The Z06’s suspension was rock hard and not a car one would like to drive on the street, especially on rough, potholed North Jersey roads. And the exotic fan-cooled brakes were almost useless until they were hot from heavy braking on a race track. We’ll get to Dave’s one-time-only harrowing experience driving his restored Z06 at the end of this article. END_OF_DOCUMENT_TOKEN_TO_BE_REPLACED