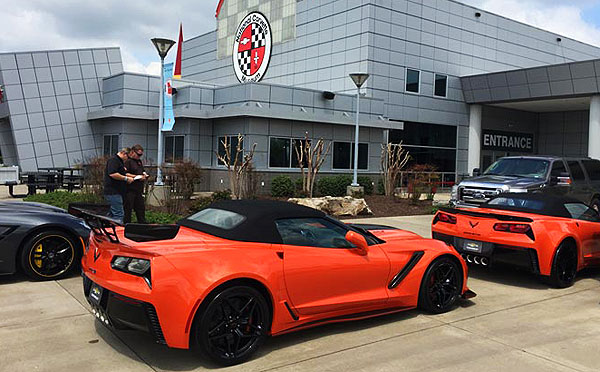 Dateline: 5.2.19 – The National Corvette Museum hosted their three-day annual Michelin NCM Bash from April 26 to April 28. Corvette product manager Harlan Charles and Corvette chief engineer Tadge Juechter delivered a 1-hour and 47-minute presentation recap of the 2018 season and a preview of what’s in store for 2019.

The event also included racing seminars, an update on the 1962 sinkhole Corvette, and using the C7’s navigation system. Chevrolet wants Corvette fans well informed and C7 owners completely up to speed with their car’s capabilities.

Wil Cooksey shares his life story and career in GM and building Corvettes. 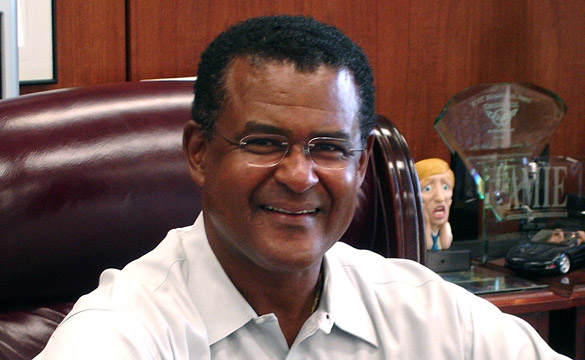 On April 5, 2013 I had the pleasure of interviewing Wil Cooksey on my Far Out Radio program. The YouTube version of the program is below.

END_OF_DOCUMENT_TOKEN_TO_BE_REPLACED

Dateline: 8.27.11
Corvettes here, there, and everywhere. CORVETTES as far as the eye can see! 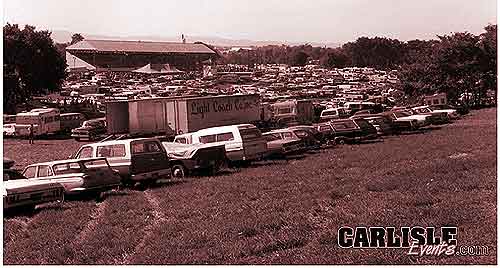 It all began on September 26, 1974 when friends Bill and Chip Miller rented the Carlisle Fairgrounds for their first old car parts swap meet. Some 600 vendors rented 800 spaces and over 13,000 car enthusiasts paid $1.00 each to attend. Year after year, Chip and Bill kept improving their operation. In 1981 the Millers bought the 82-acre parcel of land and not only created a local landmark, but established an enterprise that brings in $97 Million dollars to the local economy. Carlisle, Pa has never been the same since!

Being Corvette enthusiasts to begin with, Chip and Bill didn’t need much coaxing to launch a Corvette-only show in August 1981. Over 25,000 Corvette lovers attended to see over 2,000 Corvettes, and a new Corvette tradition was born. Since then everyone who’s anyone in the world of Corvettes has been to the Carlisle show: Zora Arkus-Duntov, Dave Mclellan, Dave Hill, Larry Shinoda, Wil Cooksey. race car drivers including, John Fitch, Mario Andretti, Dick Guldstrand, Tony Delorenzo, artists including Dana Forrester, Dan McCrary, and the list goes on and on. 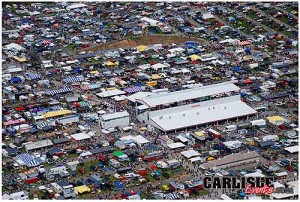 If you have never been to the Carlisle, let me describe the facility. The first thing that you are aware of is that the place is HUGE! Carlisle is located in the rolling hills of south east Pennsylvania in what is known as “Pennsylvania Dutch Country.” The town of Carlisle dates back to 1751, but is most known for the Carlisle War College that dates back to 1904. Carlisle is also known for the Carlisle Indian Industrial School that was started in 1879. After you enter the fairground, if you look around, you’ll see that the facility is situated in a very large bowl-shaped area. For the Corvettes show, Carlisle productions only allows Corvettes to park in the infield. So, when you are inside, all you see are CORVETTES. Aside from a few trucks and support vehicles, everywhere you look, you see CORVETTES. After four or five hours, it’s sensory overload. “Oh look! Ah, just another ZR1!” 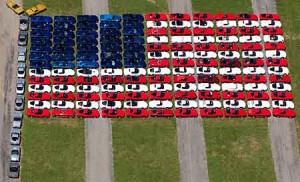 Building T is where you’ll find the “Chip’s Choice” feature Corvettes. Every year there’s a different theme. For 2011 the theme was “Corvette Barn Finds.” Everyone loves a good barn find story, so why not a collection a lost and found old Vettes – patina dirt and everything. In previous years Chip’s Choice has featured Corvette race cars, movie cars, retro rod Vettes, and more. END_OF_DOCUMENT_TOKEN_TO_BE_REPLACED