The rumors were true! The new C7 ZR1 will be available as a coupe AND a convertible. TOP DOWN, OH, WOW!!! 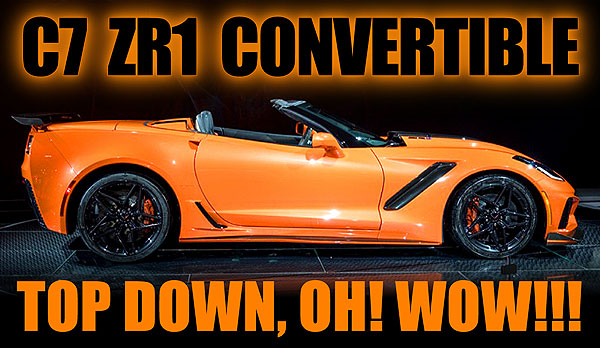 Dateline: 12.24.17 – Images: GM Archives – Let’s briefly back up to 1990 in order to put the significance of the new C7 ZR1 convertible into perspective. When the first ZR-1 was released in 1990 there was no way that it could have been offered as a convertible. In order to even make the C4 a convertible, a large X-brace had to be added to the bottom of the C4’s chassis.

The C4 ZR1 had a nice run from 1990 to 1995. But when the C5 Z06 arrived, offering ZR-1-level performance at a fraction of the cost, the C4 ZR1’s star began to fade. What made the C5 Z06 such a track star was it’s strong structure. It was as it Corvette engineers discovered structural rigidity. Thanks to lessons learned in the C5-R Corvette Racing Team experience, the C6 Z06 took the concept of structural rigidity to a new level, and with an aluminum frame to boot! 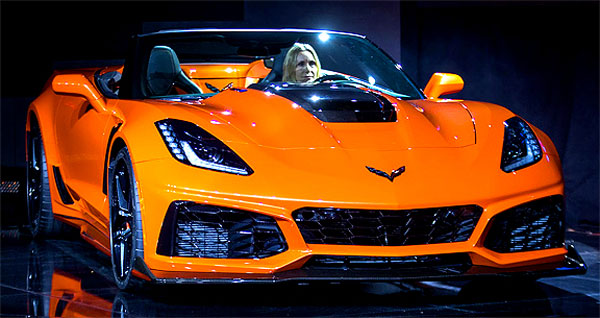 Corvette performance fans were so jazzed over the C6 Z06 that no one was pinning for something more. So, when Chevrolet released the C6 ZR1, dripping with carbon fiber and the supercharged 638-horsepower LS9 engine, heads were spinning and Duntov sat up in his grave and said, “Vhat?!?!?” (There was no convertible version, but no one was asking for one.) The C6 ZR1 was everything that Corvette engineers could possibly do with the C6 platform.

When that happens, there’s only one thing left to do – start working on the next generation Corvette! END_OF_DOCUMENT_TOKEN_TO_BE_REPLACED