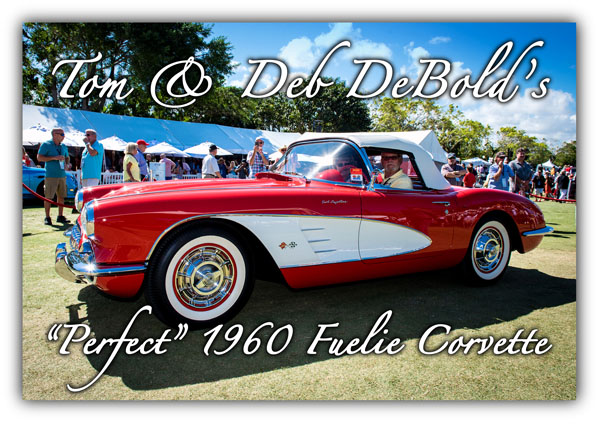 Dateline: 6.16.21 – This story was first published in the August 2018 issue of Vette Vues – Story by Scott Teeters, Photos from Tom & Deb DeBold:

Imagine spending twelve years restoring a Corvette, winning all kinds of NCRS awards and such, only to at one point being told that your Corvette is “too perfect”! That was Tom and Deb DeBold’s experience at the 2017 NCRS National in San Antonio, Texas event. How could that be? We’ll explain later. 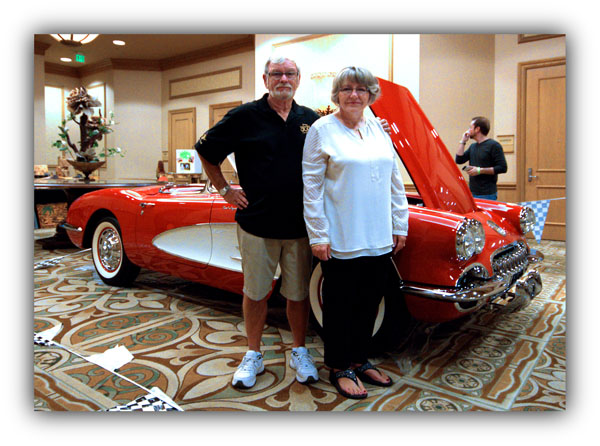 But as the 1960s wore on, car insurance companies went to war on young male Corvette owners. A lot of that had to do with the way young guys drove back then. They did tend to get into more accidents, and Corvettes had a much higher theft rate. (I know, mine was stolen!) So, it was not uncommon for young guys, even with an older Corvette, to be “insuranced” out of being able to own their Corvette. 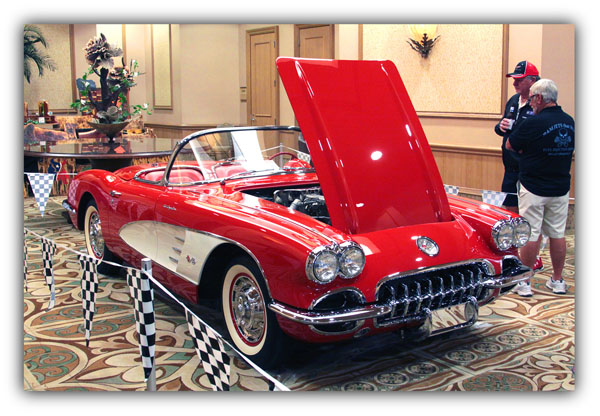 That was Tom DeBold’s experience. In 1966 as a young single guy, Tom purchased a 1959 Corvette. This was his daily driver for only 8 months before his insurance company raised his rates into the Unaffordable Zone. They didn’t like the idea of an 18-year-old guy in a fast sports car. In 1970 Tom and his sweetheart Debbie were married. But Tom promised his new bride that “someday” he’d get another 1959 or 1960 Corvette.

The DeBolds raised a family in Ohio and Tom had a long career in sales, eventually becoming a sales manager for a national pesticide manufacturer in Kansas City, Kansas. Deb had a long career as the Human Resources Director of Benefits for Dick’s Sporting Goods in Pittsburgh, Pennsylvania. While on a business trip to Orlando, Florida in 2001, Tom found a barely running 1960 Corvette Fuelie basket case. He knew it was time to take action, so he called Deb and told her, “Deb, I’m buying another Corvette!” According to NCRS Master Judge Steve Neal, there are currently only 15-to-17 original 1960 Fuelies in existence! 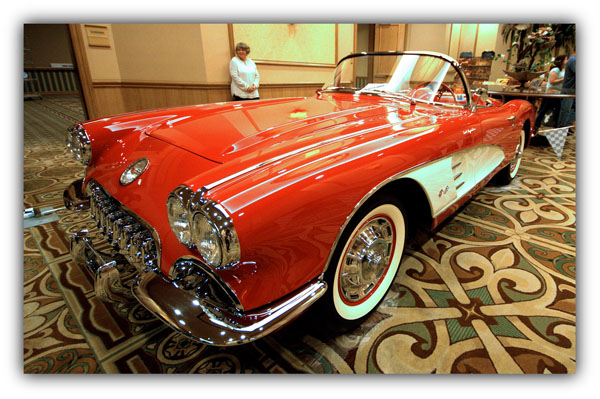 By this time, Tom and Deb had a second home in Las Vegas, Nevada. Tom had his new, 41-year-old, barely running, 1960 Fuelie Corvette transported to Las Vegas. Once Tom got the car home he was unsuccessful in finding a restorer that he felt comfortable working with. Tom didn’t want to just fix up the car to get it running again. Tom decided that his goal was to have an NCRS-level restored car. A year later, after some searching, Tom found Cub Gustafson, in Chandler, Arizona.

Cub’s background was mostly with rare European cars, such as Mercedes, Bugatti, Alfa, Ferrari, and others. Cub had never restored a Corvette but was up for the challenge. Tom and Cub found a local 1960 Corvette (not a Fuelie) in need of restoration and decided to do both cars. A long-term friendship formed from working on the two cars. Once completed, both 1960 Corvettes went through the complete NCRS judging process together and both received the coveted DUNTOV Award at the 2017 National NCRS Convention in San Antonio, TX. The second Corvette was restored for a friend and was a non-Fuelie car. 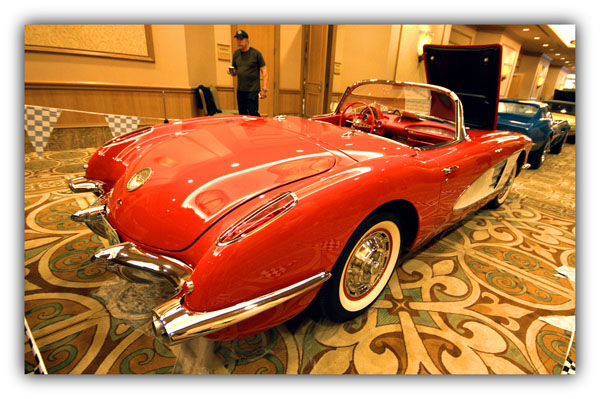 Working out of a two-bay garage, Tom and Cub took the 1960 Corvettes completely apart. All of the parts were cataloged, examined, refurbished, and repaired if possible. And thus began a 12-year restoration project. You are now probably wondering why it took 12 years to complete the restoration? First of all, it was just Cub and Tom working on the disassembly and reassembly. And secondly, Tom decided that he wanted every single part on the car to be a vintage 1960 Corvette part; everything. No reproduction parts were used during the restoration.

When Tom got his car, it was barely running and needed a lot of help, plus over the years, there had been numerous repairs done with newer parts, so everything had to be examined to make sure it was a 1960 vintage part. If a part was deemed to not be from 1960, Tom and Cub had to source the part. It turned out that sourcing parts took a lot more time than they thought it would. Plus, in the early 2000s, car parts were not as cataloged on the Internet as they are today. 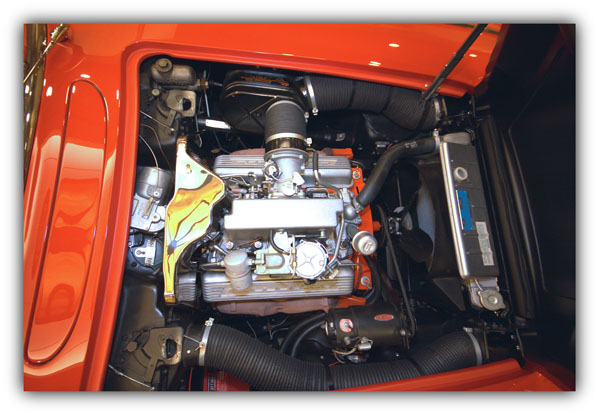 So, Tom and Cub had to do a “parts juggling act” getting the car together. While waiting on parts for one component, they’d work on another component until it was completed, or stopped because a year-correct part had to be sourced. As you can imagine, the process got complicated. The guys started with the frames and step-by-step worked through everything on the cars. This is why the project took 12 years because the end goal was that everything had to be to NCRS standards.

Tom’s 283 Fuelie engine received a total rebuild and was balanced and blueprinted by DeWayne Samuels of SST Performance Engines, in Scottsdale, Arizona. Fuelie engines are notoriously challenging to get running right. Jerry Bramlett in Mobile, Alabama rebuilt the Rochester Fuelie unit, “dialed it in” to the engine, and then dynoed the engine to produce 325HP. 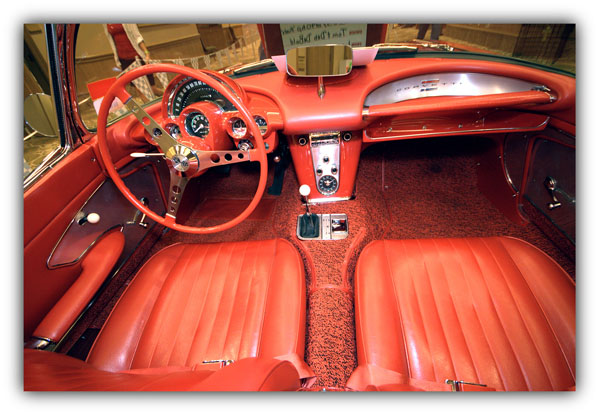 While Tom and Cub were working on the chassis of Tom’s Corvette, the body was sent to Steve Loy in Scottsdale, Arizona for the full body treatment. Steve put hundreds of hours perfecting the entire body. The guys knew they would take a few points hit by over-restoring the body, but it was just too gorgeous to not make perfect. Therefore, everything else about the car had to be perfect

Loy painted the car with Roman Red Urethane paint and wet-sanded with 5000-grit sand paper between eight coats of clear. Tom and Cub could have stopped there, but chose to take the body to Distinct Detailing, in Scottsdale, Arizona where Scott Nicholes took the already amazing paint two stages farther by wet-sanding beyond 5000-grit, then polish, polish, polish, and polish again. The end result is Roman Red that looks VERY deep. 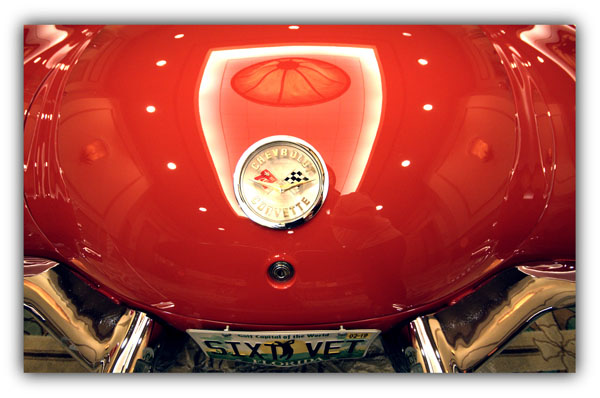 The Tom and Deb’s 1960 Fuelie was completed in 2014 and immediately hit the NCRS circuit and has racked up an impressive resume of awards, including:

Along the way, Tom did an interesting thing. He used the judging as an indicator of what needed to be corrected. So whatever a judge picked up that wasn’t quite right, Tom would go back and correct. Do this, and eventually, you’ll get to “perfect”. Even the tires on the car are really from 1960! 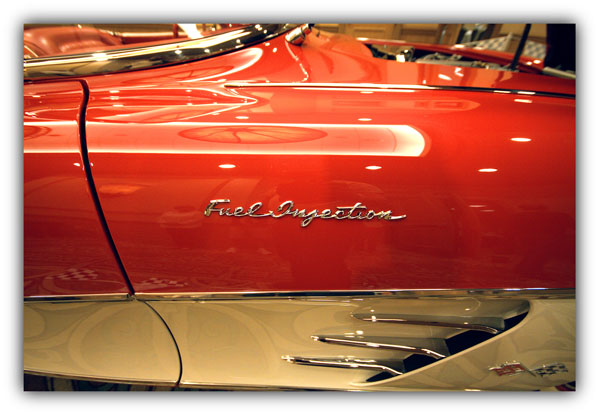 So where and when were Tom and Deb DeBolt told their car was “too perfect” and points were deducted? At the NCRA Regional Top Flights in 2014 and the Duntov in 2017. The judges told Tom and Deb that the car is absolutely perfect, but he would have to take off one point. And what was that? The paint. The judge determined that the paint was simply “too perfect”, as no production Corvette’s paint would ever have been that good. The judge also pointed out that no Corvette would ever stand a chance at a Concours D’Elegance show with a factory paint job. Of course, this was part of Tom’s plan, to begin with. 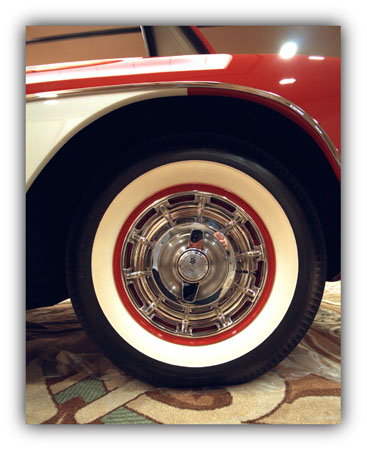 We’re sure that Tom and Deb DeBold will do quite well. The ultimate achievement will be Pebble Beach, as there has never been a Corvette at this most prestigious event. When Tom and Deb’s 1960 Fuel Injected Corvette makes its showing there, we’ll let you know. – Scott 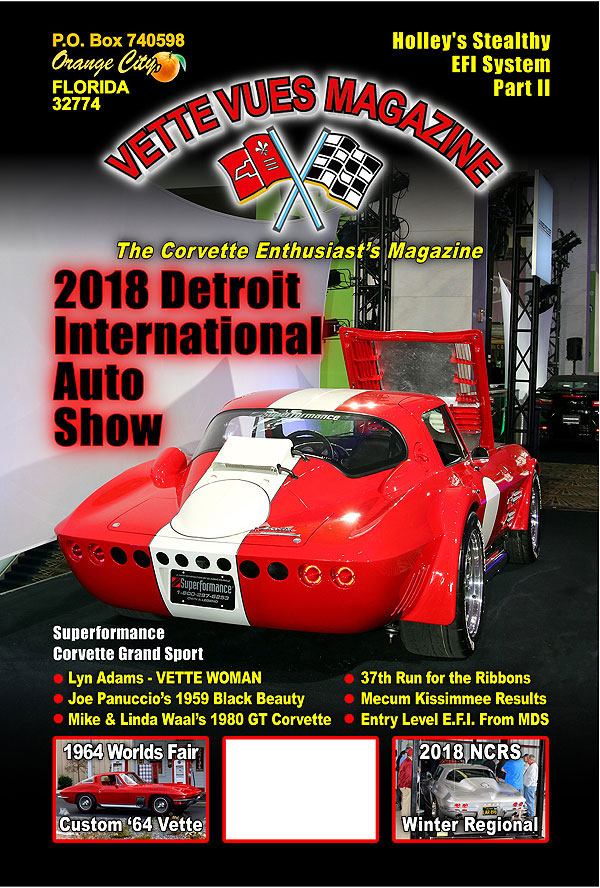