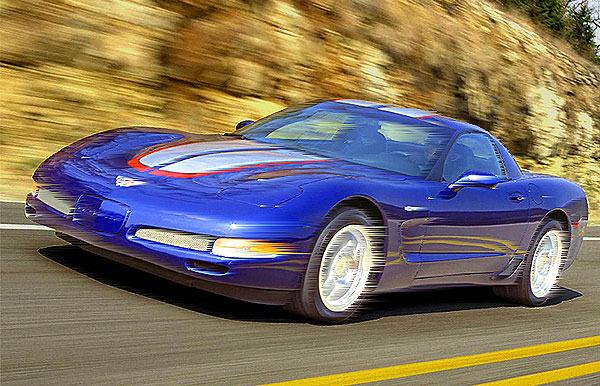 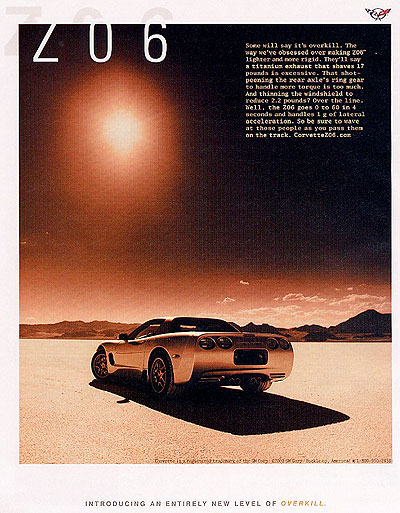 The problem was that removing the frills didn’t add up to much an any weight advantage and the price hardly dropped at all. To really make the car cost less, smaller wheels and tires, and a lesser engine were needed. The end result was a Corvette that no one would have wanted. 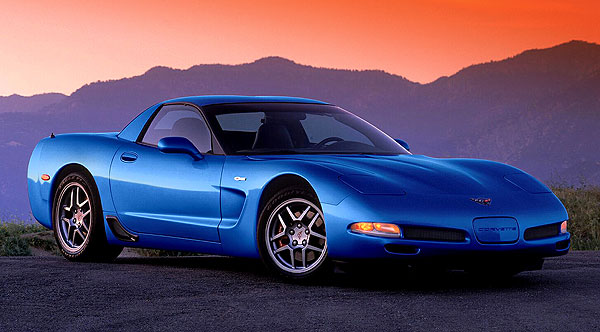 Clearly, the cheap Vette Hardtop wasn’t making many potential buyers warm. But someone inside the Corvette engineering group noted that the bolted-on hardtop made the overall structure of the Hardtop model 12-percent stiffer. Hmmm… What if the bolt-on hardtop roof of the hardtop model was bolted and bonded to the rest of the body structure – might the overall car be even stiffer? Racers love stiff cars almost as much as horsepower and big tires. The idea was tried and the team hit pay dirt!

What team Corvette ended up with was the Corvette to die for. When we think of high-performance Corvettes, we usually think of the old glory days of the big-blocks or the exotic ZR-1. The stump-pulling  big-blocks were pricey and not always easy to live with. The ZR-1 was a jewel, but it cost nearly twice as much as a regular Corvette. All that changed in 2001 with the arrival of the Z06 – a genuine bargain performance car that you could live with, despite the extra-small storage space..

For its day, the Z06 was a runner, so let’s just right to the performance numbers. With a power-to-weight ratio of 8.09:1, the Z06 could clock 0-to-60 mph in just 4.0-seconds and the quarter-mile in 12.0-seconds at 114-mph. Top speed was just over 170-mph! This was Dreamland in 2001! The best part was that this kind of performance could be ordered from your local Chevy dealer for about the same cost as the Corvette roadster. Gas mileage for this beast was astonishing. So long as you weren’t hot-dogging around, the Z06 could get 18 mpg in the city and 28 mpg on the highway. 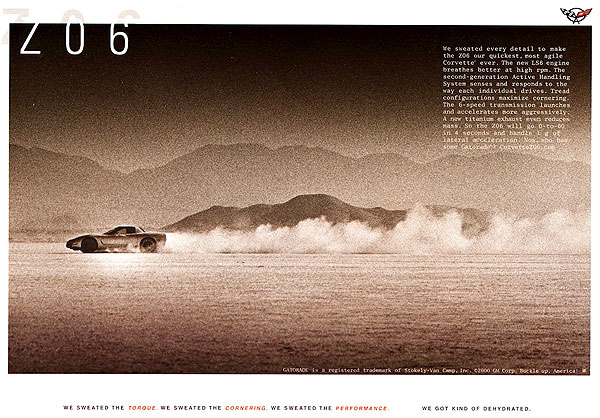 To sweeten the deal, Dave Hill and his gang used basic hot-rodding tricks – add more power and take out weight. The new Z06 weighed 100-pounds less than the coupe and convertible with the use of lighter glass, a smaller backlight, a titanium exhaust system, and lighter Goodyear Eagle F1 tires.

Under the hood the new LS6 engine (a salute to the old 454 days), used a new block casting that was shared with the stock LS1. The air cleaner and intake and exhaust manifolds had their ports smoothed out and higher capacity fuel injectors were used along with a new PCV system to reduce crankcase pressure. Compression was 10.5:1 (10.1:1 for the base LS1) and new cast-alloy pistons were used along with new pent-roof combustion chambers and a steel-billet crankshaft. It all added up to 385-horsepower and 385 lb-ft of torque @ 4800 rpm. The transaxle was stock, except for the more aggressive ratios and a 3.42:1 axle. The suspension was already in great shape, so only larger stabilizer bars and stiffer springs were needed. Front and rear camber setting were adjusted for improved stability.

The interior was available in all black or black and red leather with extra side bolsters, special embroidery on the headrests, and a 6,500-rpm tachometer. A transmission temperature sensor was also added and the shifter feel was improved by eliminating the rubber bushings. Electronic dual-zone air conditioning was also standard. 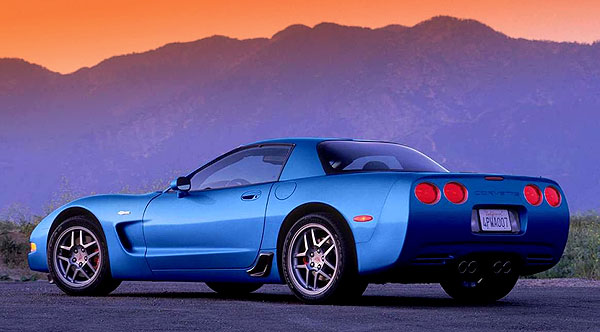 Unlike the C4 ZR-1, you couldn’t miss the Z06 on the street. The first give-away was the new racer-like wheels. The wheel diameter was the same as the stock wheels, but were 1-inch wider. The front grille opening had a distinctive stainless steel mesh insert. Just in front of the rear wheels are brake-cooling ducts. The disc brake calipers were painted red, a trend that continues on today. And to finish things off, there were “Z06” badge on the front fenders. The rear fender ducts has become a performance icon that now shows up on tricked-out Corvettes of all generations – not unlike the 1967 427 Stinger hood. Unlike the Stinger hood, this iconic element actually scoops cool air into the rear brakes and has become a mainstay on future Z06 Corvettes.

Costing just under $47,500 ($7,025 more than the base Corvette and $500 more than the Convertible), 5,773 buyers signed on the dotted line. The official Chevy disclaimer reads, “The Z06 is for the extreme Corvette enthusiasts.” No argument about that.

For 2002 Corvette engineers found another 30-horsepower bringing the LS6’s power rating up to 405-horsepower. With the C6 in development, all C5 Corvettes from 2002 to 2004 received small improvements and refinements, but no power increases or anything major. The big news for 2003 was the 50th Anniversary Edition that was a paint and trim option, but was not available on the Z06. 2003 was also the best sales year for the C5 Z06 with 8,635 cars sold. 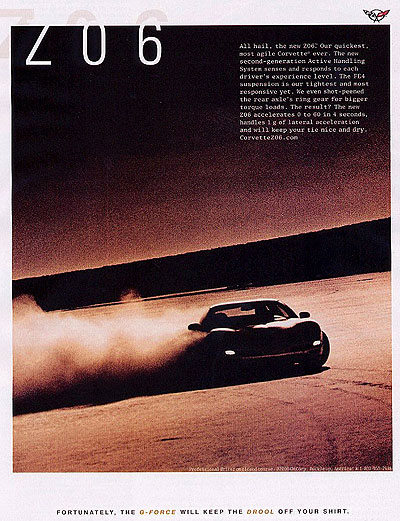 Corvette product planners were getting into the “special edition” concept and for the C5’s final year delivered to buyers the Commemorative Edition, available on all 2004 Corvettes, including the Z06. Of the 6,899 Commemorative Edition 2004 Corvettes, 2,025 were Z06s. All Commemorative Edition cars had the special Le Mans Blue paint, cross-flag embroidery on the headrests, polished Z06 wheels with unique wheel centers, and special emblems. The Z06 version had a carbon fiber hood that saved 10.6 pounds. The coupe and convertible had two-tone shale interiors, while the Z06 cars had black interiors.

Carbon fiber is today a “given” for performance model Corvettes, but back in 2004 the Z06 Commemorative Edition’s carbon fiber hood was a big deal. The hood weighed 20.5-pounds, compared to 31.1 for the stock hood – a 10.6-pound weight saving, directly over the front of the car. This was the first use of painted carbon fiber for an exterior panel on a North American-made automobile. The carbon fiber’s cross hatch pattern is subtly shown in between the silver and red stripes on the hood – another piece of bragging rights with the Commemorative Edition Z06. The hood’s inner lining was a hybrid of carbon fiber and Sheet Molded Compound.

For 2004 the Z06’s suspension received some refinements. Shock valving was improved, the upper control-arm bushings were stiffer, and the rear anti-roll bar bushings were softer. The 2004 Z06 was able to break the 8-minute barrier at Nurburgring – a benchmark metric for supercars. 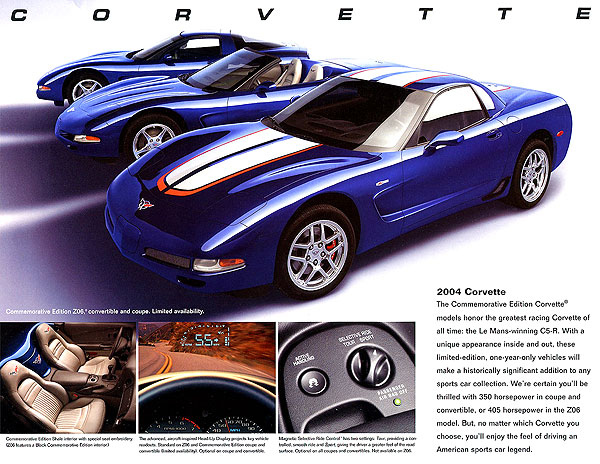 The arrival of the C5 Z06 launched a new chapter of performance model Corvettes that have become a mainstay of the world of Corvettes. What started out as the cheep-o Corvette morphed into the performance Corvette that cost more than the premium Corvette convertible – but no one was complaining. From 2001 to 2004, Chevrolet sold a total of 28,388 Z06 Corvettes.  While not all Corvette buyers want a “performance” Vette or want to spend the premium price tag, its cool just knowing that cars such as the Z06 and later the ZR1 are in the family of Corvettes.  When the 2005 C6 made its grand debut, within minutes the next question was, “So where’s the Z06?” We always want more, don’t we.

Next, we’ll take a look back at the C6 Z06, a car that took many by surprise because it was more racecar than street car. – Scott 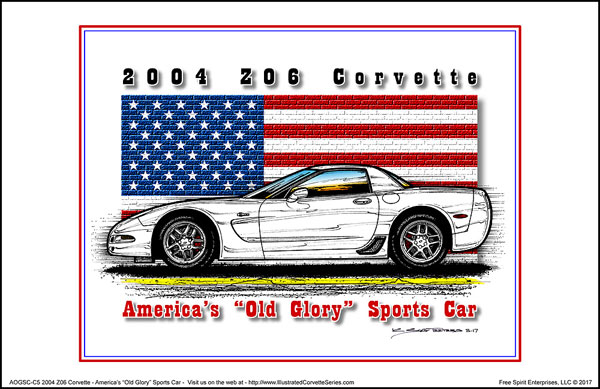 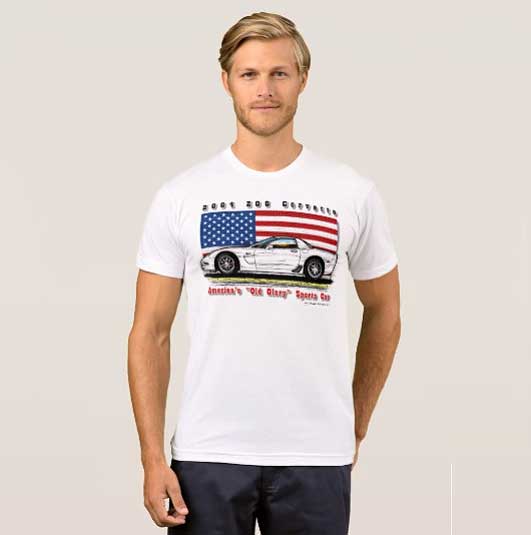