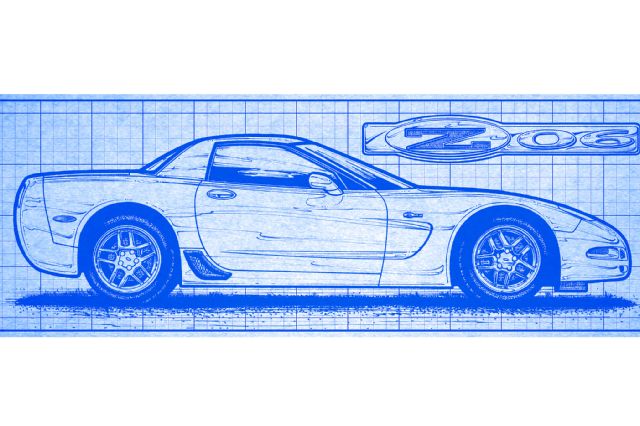 Words and Art by K. Scott Teeters as written for Vette Magazine and republished from SuperChevy.com

There are many factors that go into the halo of a Corvette. Most obvious, of course, is the car’s extraordinary good looks. Regardless of the generation, compared to its peers of the day, there was nothing else on the road like a Corvette. A “Vette” has always stood out. “Performance” comes next.

In 1955, while still dressed in the ’53 Motorama suit, the Corvette quietly got a 195hp version of the all-new 265 small-block Chevy engine. Even though it was a 40hp bump over the old Blue Flame Six, sales of ’55 Corvettes dropped way down from 3,640 units in 1954 to just 700 in 1955. But 1956 was the breakthrough year with an all-new body design that said “goodbye” to the rocky start of the Motorama car. Although sales didn’t beat 1954’s numbers, there was an interesting new option on the Corvette’s order sheet. The base 265ci engine was now rated at 210 hp, a nice 15hp increase, but there was something new, something never seen before for the Corvette – an optional “performance” engine. RPO 469 was the 225hp dual-quad setup and only cost $172. And if you wanted even more, the $188 RPO 449 Special High-Lift Camshaft (the Duntov cam) option on top of RPO 469, pushed the power up to 240 hp. 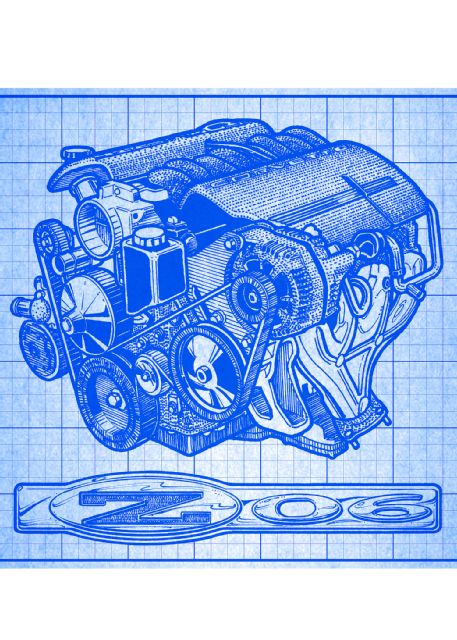 There was no “performance” engine from 1997-’00, but then again the new C5 with its all-new 345hp LS1 was delivering better than late-’60s muscle car-type performance, so no one was looking for a “performance” option. That’s what made the arrival of the 2001 Z06 so spectacular. Not only was it not expected, it was a new model that delivered superior performance above even that of the C4 ZR-1 and cost $20,543 less, six years after the ZR-1 production ended. The C5 Z06 model was so successful and endearing to the hearts of Corvette fans that when the C6 came out, after the first look-see was completed, the next question was, “So, where’s the Z06?” The same thing happened when the C7 was shown to the public. “There’s going to be a C7 Z06, right?”

Unlike the original 1963 Z06 (suspension and brake option) that was powered by the L34 327 fuelie (available on all ’63 Corvettes), the C5 Z06 was a complete package: engine, suspension, brakes, body structure, and body and interior trim, not unlike the C4 ZR-1 — just not as extreme. Unlike the original Z06, the C5 Z06’s LS6 engine was not available in a regular 2001-’04 Corvette – same as the C4 ZR-1’s LT5 engine and the C6 Z06’s LS7 and C7 Z06’s supercharged LT4. The C5 Z06’s LS6 was the first performance version of the new LS-series, all-aluminum small-block Chevy engines, and showed just how much potential was built into the LS1. For the first iteration of the LS6 in 2001 there was a nice 35hp bump over the base LS1 engine, to 385 hp, making the 2001 Z06 the quickest, fastest Corvette produced to that date.

The LS6 is essentially an enhanced LS1, so let’s look at how Chevrolet engineers accomplished this. The basic structure of the engine is the same as the base LS1. From the outside, the only visual change is the red engine covers, but inside, every system was improved. Starting with the block, small “windows” were cast between the cylinders to improve bay-to-bay breathing and main web strength. The LS1 engine allows too much air into the crankcase, which translates into a parasitic loss of power. The LS6’s pistons are a modified version of the LS1’s that have a slight barrel shape, designed to increase efficiency and reduce internal noise. And they are cast in M142 aluminum alloy that is stronger and more durable than the material used on the LS1. Increasing compression is an old hot rod trick that still works.

Compression was increased from 10.1:1 to 10.5:1 and the LS6’s heads now have a new “pent-roof” design and the ports were cast with higher tolerances for increased volumetric and thermal efficiency. The new camshaft is made from steel billet with the cam lobes reshaped for quicker opening and longer duration. Valvespring rates were increased to handle the additional pressure on the camshaft. The LS6’s fuel injectors are larger than the LS1’s and deliver an increase of 10 percent over the LS1. In the olden days Duntov would have dropped on a bigger carburetor, but it’s a fuel-injection world now, however, the concept is the same. To improve oiling, the PCV valve was relocated in the “V” of the engine. The “V” aluminum cover has oil baffles and unique tubing. The baffles reduce oil consumption and improve the capability of the ventilation system during hard cornering. And lastly, the exhaust manifolds, while not tube headers, were redesigned with thinner walls to reduce weight. 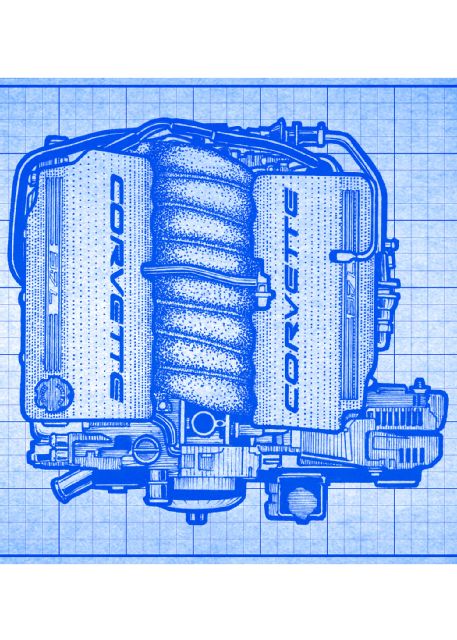 A little here, and a little there, and the engineers picked up 35 hp over the base LS1. This was actually “Phase 1” of the LS6 development. For 2002, engineers coxed another 20 hp by removing two small catalytic converters in the takedown pipes to reduce exhaust backpressure and the camshaft lift was increased to the largest ever built into a small-block Chevy engine. This netted a 5 percent increase of flow through the heads, and the valvesprings were again increased in strength. The intake and exhaust valves were lighter and were now hollow. But the exhaust valves were filled with a special liquid alloy for better heat transfer. This weight reduction resulted in improved high-rev valve seating. The mass airflow (MAF) sensor was improved by removing the grid-work that had been used to smooth out the airflow. And lastly, the air cleaner housing was made larger, resulting in a 5 percent increase in airflow. Phase 2 maxed out the LS6 at 405 hp. Combined with the rest of the Z06 package, and in terms of performance, the 2002-’04 Z06s were the best of the C5s.

That’s a general overview of how Chevrolet engineers look into each mechanical system of an engine to find tiny ways of increasing flow, improving efficiency, lightening, and strengthening materials. It’s all an amazing concerto. And unlike the olden days, back in 1967-’69 when not all 427 Corvettes were created equal, but looked the same, only one model Corvette had the LS6, the Z06. The LS6 was just the “powerplant” part of the overall Z06 model that included the unique hardtop body structure, plus improved brakes, suspension, wheels, tires, grille, and mesh vent inserts and the addition of side rear brake ducts. Corvette fans fell in love with the rear ducts in a way not seen since the arrival of the ’67 Stinger 427 hood. The side brake ducts have become a Z06 icon.