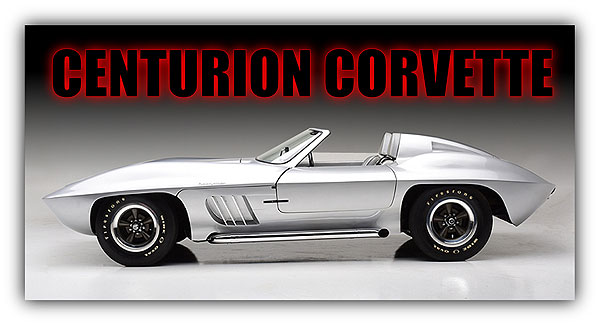 Dateline: 12.15.18 (Images: Barrett-Jackson.com) – Back in the 1960s the built-it-yourself “kit car” craze exploded with all kinds of interesting poser cars that used contemporary chassis, engine, drive train, and suspensions. Fiberglass was the carbon fiber of the day, so all kit cars had fiberglass bodies. Ads for kit cars were always in the back of Hot Rod, Car Craft, Road & Track, and most car magazines, and were a lot of fun to daydream about. And they had cool names, such as; Aztec, the Jamaican, Valkyrie, Vagabond, Banshee, and for Corvette lovers, the Centurion. 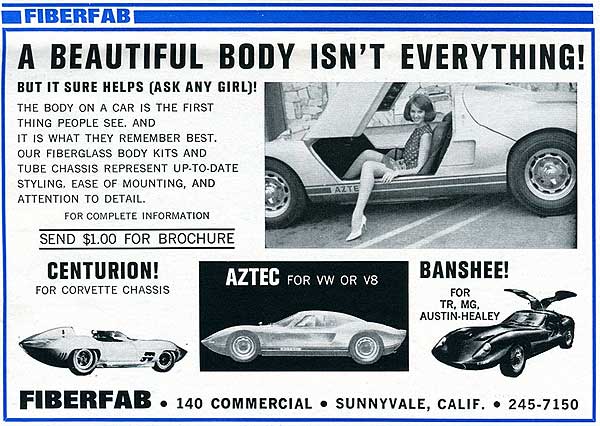 The Fiberfab Company had a whole series of sports car style bodies that looked very close to Ford GT40s and Ferrari Daytonas. The trouble with kit cars was that most were never completed, stalling out when it came to the electrical wiring part of the project. The body that the customer got typically required a lot of finish work, so most kit cars turned out not so good and many were never finished. 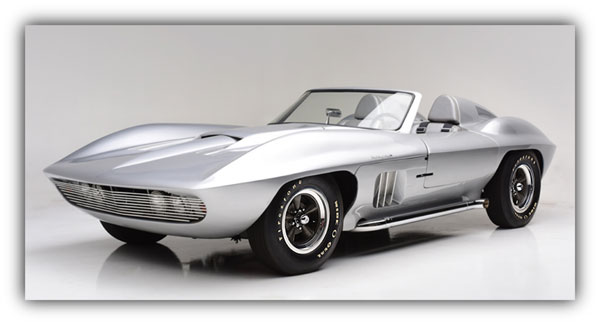 So, it is a rare thing when a well done, completed, turn key kit car becomes available. The last time I saw a Centurion was over 10 years ago at the Corvettes of Carlisle Show, and it looked pretty awkward. For Corvette historian buffs (like myself) the Centurion is obviously a knockoff of Bill Mitchell’s stunning 1959 Stingray Racer. 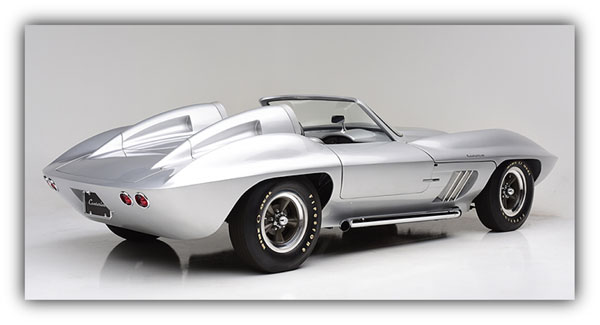 Considering that the Fiberfab guys had no access to the real Stingray Racer, they did a pretty good job replicating the body. However, there are areas that are definitely off. Part of the problem is that the required donor chassis was that of a C1 Corvette with a 102-inch wheelbase, where as the 1959 Stingray Racer’s wheelbase is 92-inches. The extra 10-inches makes getting the body proportions a real challenge. 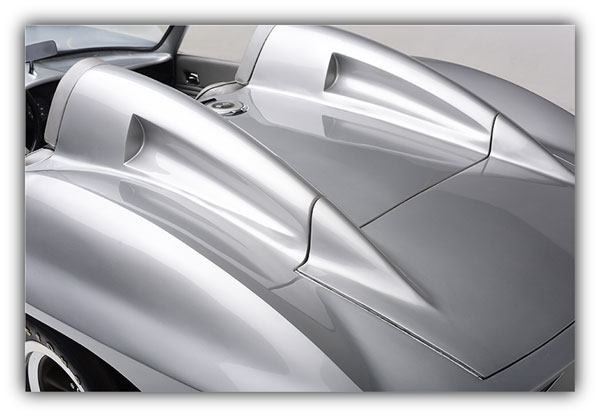 Concerning the Centurion that is up for auction in January 2018, the side fender vents are really funky and the passenger-side headrest is overkill and detracts from the car’s authenticity. Not all Centurions had the extra headrest and according to the description at CorvetteBlogger.com, this is the only Centurion with two headrest fairings. Also, the builder just couldn’t resist a 1967 Stinger hood, which I think was a mistake. Let’s face it, the Centurion is a 1959 Stingray Racer replica, so why not craft the Stingray Racer’s unique hood vents. In this stylist’s opinion, applying newer styling elements onto an older design can look awkward. At least the builder didn’t put C5 Z06 rear side scoops onto the Centurion. 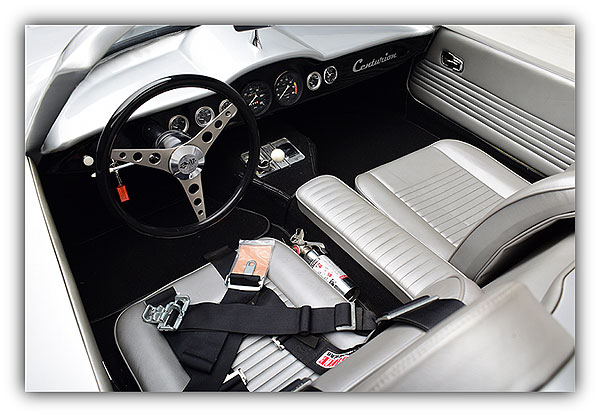 What the Centurion that is up for auction has going for it is that, aside for the Stinger hood, it appears to be period correct in many ways and very well crafted. The real 1959 Stingray Racer has two bodies. The first body on Mitchell’s Stingray Racer was painted red. After a full year of racing, Mitchell’s team realized that the body was not only too heavy, but was not reinforced properly, as it was beginning to crack in places. The car was pulled in a new body was made using thinner fiberglass with stronger reinforcements. The new, 75-pound lighter body was then painted silver. So, the Centurion’s silver paint lends well to the Stingray Racer “look”. The interior looks very much like the real Stingray Racer. The side pipes are close to the real car’s and the engine is a 283 with an early Rochester Fuel Injection setup. The black-spoke American Mags are 1960s style and the Firestone Wide Oval tires are mid-60s size.While the mag wheels are period correct and cool-looking, Halibrand-style wheels would have looked better. 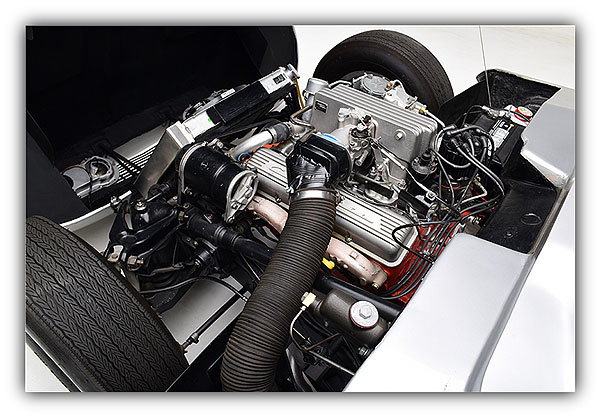 This “may well be” one of the best Fiberfab Centurion cars built. There is NO RESERVE on this car, so someone just might be able to scoop up an interesting car for not much cash. This will might be an interesting auction that I will have to record and put on our YouTube channel. The auction date is January 19th and 20th, and the Centurion’s Lot number is 1009.1.

For more information about the background of this car and Fiberfab (it’s an interesting story), check out Mitch Talley’s article here… http://www.corvetteblogger.com/2017/11/23/fiberfab-centurion-corvette-headed-to-barrett-jackson-scottsdale/

Steve Temple covered a racing version of the Centurion for Vette Magazine in 2011 that you can read about here… http://www.superchevy.com/features/vemp-1107-centurion-corvette-kit-car/

PS – The real Stingray Racer was a “movie star” in 1967 Elvis Presley movie, “Clambake”. The girls were pretty, the music forgettable, and the movie in general was awful. But Elvis  looked real good with Stingray Racer!