Car auctions are a lot of fun because you never know how much or how little any given car is going to sell for. The exception being rare Ferraris, Cobras, and anything owned by Steve McQueen – they always sell for A LOT! Corvettes are especially unpredictable. Several years ago the John Greenwood Sebring ’74 IMSA Corvette (the Batmobile) was a NO SALE. In 2016 the very first C7 2017 Grand Sport Corvette to roll off the assemble line sold for only $170,000. Many, including me, thought that the car would go for a lot more, as previous “first off the assembly line” Corvettes have sold for big bucks. A lot of it has to do with the mood of the economy. So, we never know and predictions are often way off.

Next month at the Mecum Kissimmee Auction, January 5 – 14, a truly rare ZR-1 Corvette will hit the auction block. The Lot Number is, S165. When the ZR-1 finally came out as a 1990 Corvette is was a very big deal. This was truly an exotic Corvette with its Lotus DOHC all-aluminum engine and wide body. Tommy Morrison’s race-prepared, but stock, ZR-1 shattered speed endurance records, thus legitimately giving the ZR-1 the nickname, “King of the Hill.”

Engineering prototypes and mule Corvettes are typically stripped of their good parts and then sent to the crusher; a terrible fate. But sometimes, a few are saved. According to Mecum, the ZR-1 that will be auctioned off next month is one-of-two “known” C4 ZR-1 prototypes; 25 prototypes were build in July 1987. Mecum’s experts estimate that the car will sell for between $190,000-to-$225,000, but we’ll see. That’s why I’ll be recording the auction and posting it to our Corvette Report YouTube channel.

Below are the key points about the car and you can read more about the car’s background HERE. Even at the low end of $190,000 (which is a lot of money), if that’s what the car goes for, it will be “well bought”. 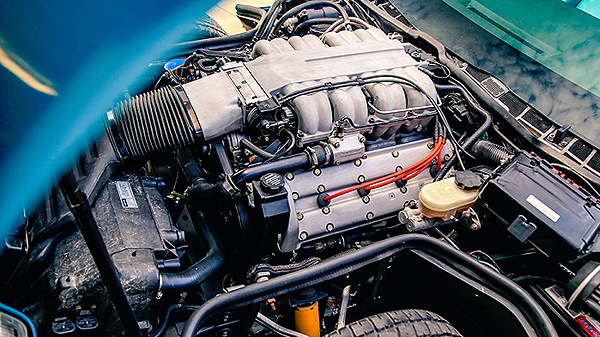 And here are more details about the car…