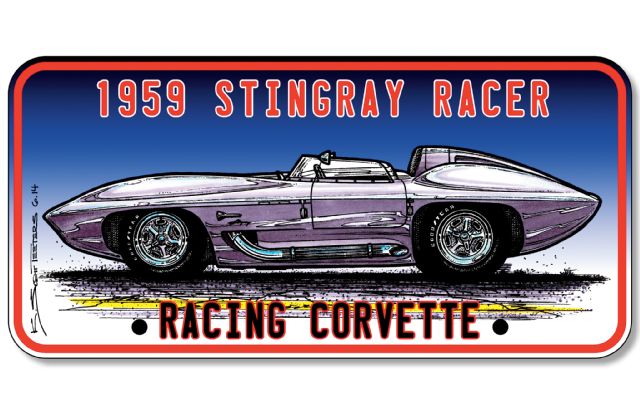 A look back at Chevrolet’s experimental, prototype, concept, and show car Corvettes

by Scott Teeters for Vette Magazine as republished from SuperChevy.com. Read the other experimental stories HERE.

At Riverside Raceway in 1960, Zora Arkus-Duntov unveiled one of the most unusual cars of his career. CERV I’s official reason for being was, “A research tool for Chevrolet’s continuous investigations into automotive ride and handling phenomena under more realistic conditions (wink, wink).” But everyone knew better.

Duntov first got the idea of building a rear-engine racer in 1957 while working out the details on the Corvette SS. Since R&D work was also going on with the Corvair and its unique transaxle, a mid-engine V-8 wasn’t outside of legitimate research. This alone may have been what got the project approved.   Duntov built the car to Indy dimensions, not to race at Indy but to have some relevance to all-out race cars. Wheelbase, length, and width were all at Indy specs.

The car measured 172 inches in length, 52 inches in width, the wheelbase was 96 inches, and the front and rear tracks were 56 inches. The 283ci V-8 was too big for Indy, but it was perfect for the Pikes Peak Hill Climb. So in September 1960, Duntov took the CERV I to Colorado for “testing” and although not officially timed, the car performed below the record for his class. 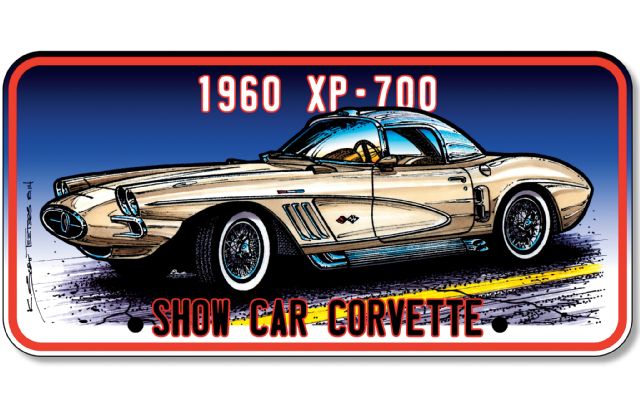 Most interesting was the CERV I’s all-aluminum SBC engine. Like the ’69 ZL1, the engine used a high-silicon aluminum alloy for the block with no steel cylinder sleeves and forged aluminum Corvette pistons. Bolt-on aluminum parts included heads, water pump, starter–motor body, radiator, clutch pressure plate, and flywheel. The intake manifold and clutch housing were cast in magnesium and the radiator was aluminum. The complete engine weighed 175 pounds less than its cast-iron stock version. The completed engine made 353 hp at 6,200 rpm. Too bad the ’70-72 LT1 wasn’t all-aluminum.

Brakes were similar to what was offered in the RPO 684 heavy-duty brake and suspension option. The rear brakes were inboard-mounted and the fronts were wheel-mounted. The rear suspension had upper and lower A-arms with coil springs and shocks. The front suspension also used A-arms with variable-rate coil springs over shocks. The front also has an 11/16-inch stabilizer bar and recirculating ball-type steering with 12:1 ratio. The truss-like frame was made from 7/8-inch and 5/8-inch chrome-moly tubing, and weighed just 125 pounds. Larry Shinoda and Tony Lapine (later designer of the Porsche 924, 944, and 928) designed the lightweight Zora had way too much fun with this car.

Over the years, various setups were tried including; twin-turbocharged injected, GMC Root-type supercharged, Hilborn injected, etc. A supercharged, injected version produced over 500 hp. Imagine that in a 1,800-pound car. Experiments with headers included Zoomy dragster-style, long equal-length headers, and large-collector header setups.   The CERV I was very fast for its day. Duntov lapped Daytona at 167 mph and hit 172 mph on the Sebring straight. Finally, in 1964, using a Hilborn injected 377 and a modified body, Zora drove the CERV I to a lap speed of 206 mph at GM’s Milford test track.

CERV I was a definite stretch for the Corvette R&D team. What it really did was keep racing in the lifeblood of Corvettes. There’s nothing quite like seeing a fast race car, knowing that the hardware in that machine is very much like your daily driver. Racing builds brand loyalty. The CERV I now resides in Mike Yeager’s “MY Garage Museum,” in Effingham, Illinois. 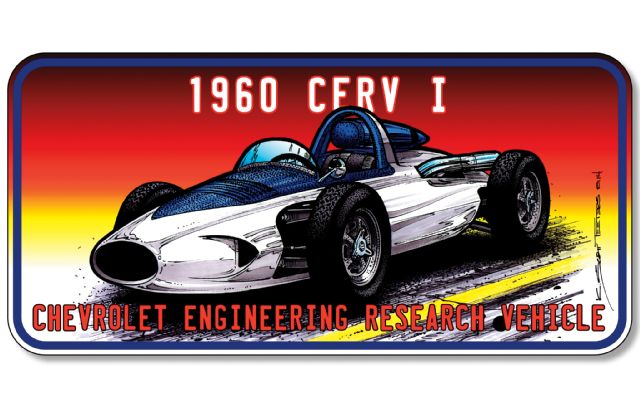