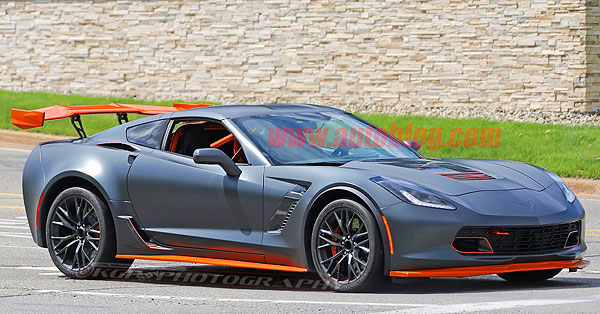 This could be just another concept Corvette, or it might be a COPO road racer Z06 Corvette!

Autoblog.com has a full set of images of this variation-on-a-theme, and a report that you can read HERE.

The first time we ever saw something like this was back in 1969 when Duntov held court at the GM Proving Grounds with one of his mule development Corvettes. Zora and his team built a big-block Corvette like a racer would have; they removed everything that shouldn’t be on a racecar and added everything that should be on a racecar, plus a ZL-1 engine! It was one of my favorite Duntov Corvettes.

Ever since then there’s been a consistent rumbling that Chevy should offer a “strippo” Corvette, you know, without all the creature comforts that could be easily made into a racer. Interesting concept. But at the 2012 Corvette Racing event at the Simeone Museum in Philadelphia, with guest speaker, Corvette Racing Team Manager, Doug Fehan, Doug was asked if Chevrolet ever considered offering a club-racer Corvette?

Fehan basically said that they “could” do that, but it would cost at least $175,000 and they might sell 100 of them. So, the answer was basically, “No, and No!” He said that GM is in the business to make money and you do that by building and selling LOTS of cars.

However, looking at the images posted in the AutoBlog.com report from 5.21.18, the mat gray Z06 with it’s bright orange ZR1 rear wing and orange accents in intriguing. But the give away are the orange front and rear tow hooks, and the orange full roll cage. 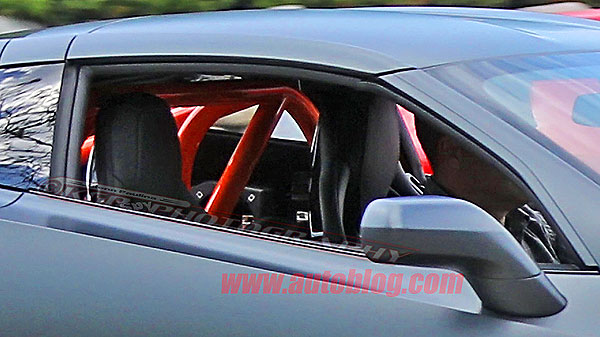 Yes, the car could have had a few more goodies, such as the Z07 aerodynamics and handling package, the carbon-ceramic brakes, and deeper spoiler. But perhaps this is a development COPO Z06 Corvette?

And then again, Chevy built 69 2018 COPO Camaros specifically for NHRA Stock Eliminator. These bad-boys are solid mid-8-second, all-out drag cars. So, to me, if Chevy is going to build COPO Camaros for drag racing, why not COPO Z06 Corvettes for SCCA road racing?

I certainly am no Chevrolet “insider” and I only personally know one “insider” and trust me, he won’t spill. But with Chevrolet so out in the open with the Corvette Racing Team, WHY NOT offer COPO Corvettes for amateur Corvette racers?

Isn’t is about time? – Scott