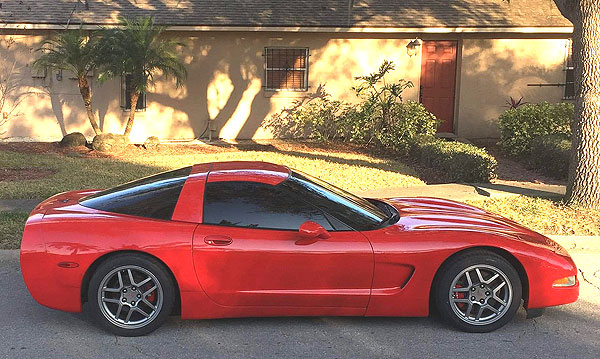 Project cars are always full of surprises. After the collision work was completed, it was time for a new paint job. As Anthony and Michael were unloading the car off the trailer, the LS1 engine began knocking loudly. One of the competition valve springs broke. The LS1 was treated to a new set of valve springs and rockers; and it was off to the paint shop for a new coat of Torch Red. With the crash damage repaired and a new coat of paint, it was time to have some real fun. Read More