The 1978 Corvette Gets a Well-Deserved Major Refresh

Thirty-six years ago today Chevrolet released the new 1978 Corvette. Chevy’s sports car was selling well considering the times. Muscle cars were all but dead, gas prices were up to around 75-cents-a-gallon (GOSH!), and the economy was in a slump. However, the Corvette was getting a little stale-looking, so when the ’78 model was released, it was a “WOW!”

The new bubble fastback roof was sweet indeed. One of the shortcomings of the ’68 to ’77 Corvette coupes was a serious lack of rear stowage area. Unlike the ’63-to-’67 Sting Ray Coupe that had a fairly good size space behind the seats (for a sports car), the C3 coupes up to ’77 had a narrow slot tall enough for a suit case and not much more.The new roof design not only yielded more room in the back, it helped brighten up the refreshed interior and eliminate a serious rear-view blind spot. The dash was redesigned in a more-square, vertical mode, the door panels were revised, and a few controls were relocated. It was also the Corvette’s 25th anniversary, so all ’78 Corvettes wore a special 25th Anniversary badge. And for an extra $399 customers could order the very handsome-looking 25th Anniversary two-tone silver paint option. 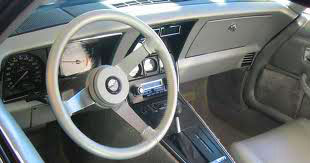 But where the ’78 Corvette got the most amount of press was later in the year when it was announced that a specially prepared ’78 Corvette would pace the Indy 500, and only 300 Pace Car Replicas would be build. WELL! What’a firestorm ensued! The stuff hit the fan, so Chevrolet ramped up production of the Pace Car Specials and ended up selling 6,502 of the premium-priced, first ever, “special edition” Corvette. Priced at $13,653, it was a staggering $4,212 over the Corvette’s base price! The paint job, front and rear spoiler, and decal set were only available on the Pace Car Special. But it didn’t matter because a feeding frenzy started immediately with some customer paying almost DOUBLE for what they thought was going to be a solid gold investment. 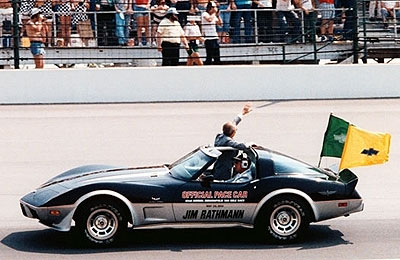 By the end of the ’78 model year, Chevrolet sold 46,776 of the mildly, but handsomely restyled Corvette. – Scott 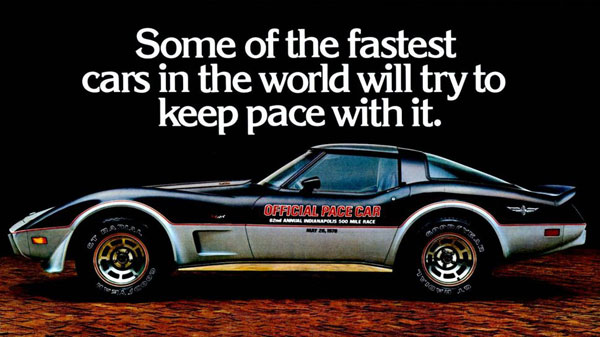 Prints of the below image are available HERE. 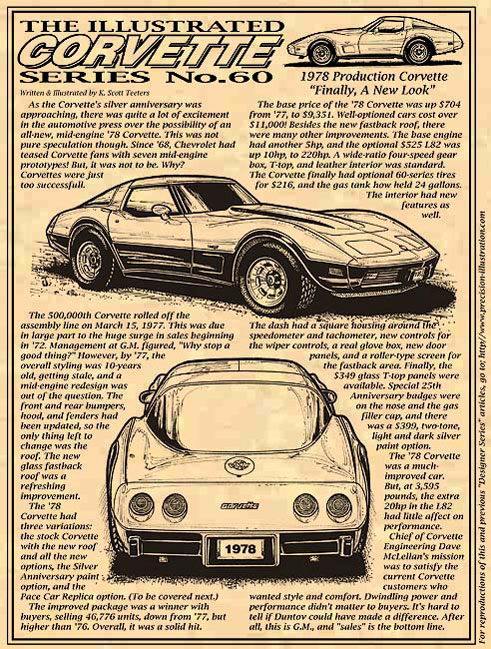 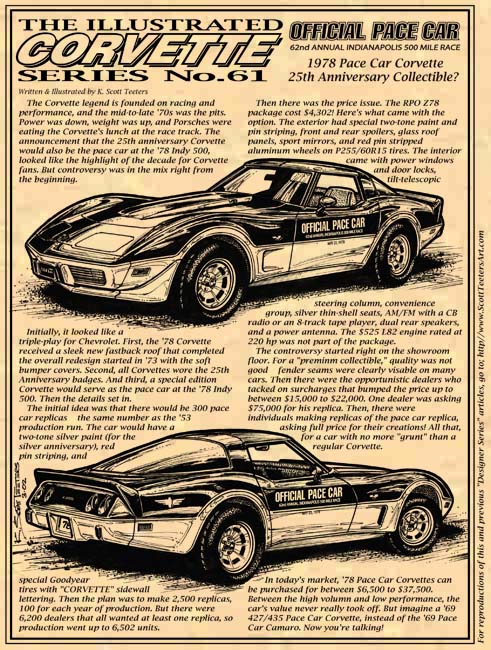 Prints of the below 25th Anniversary Corvette and ALL special edition Corvettes are available HERE. 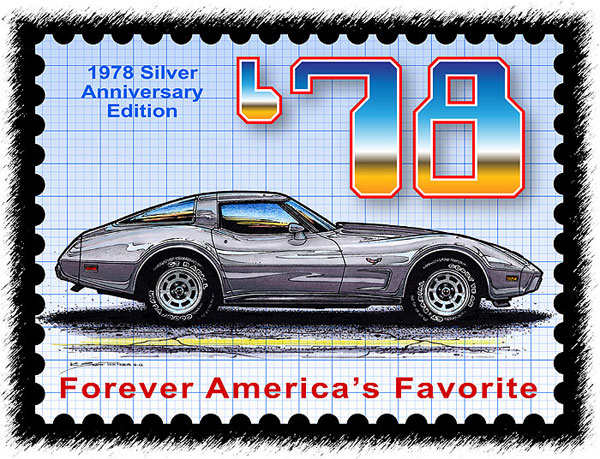 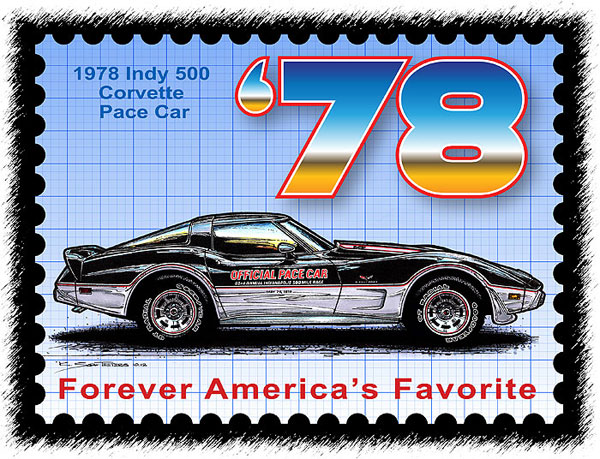