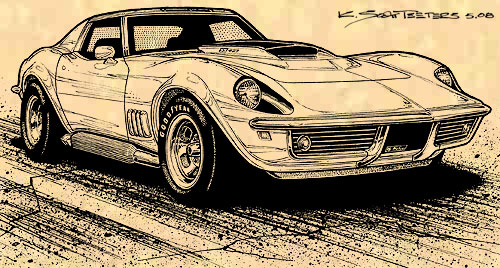 Rosen was a successful racer and tuner with a proven reputation for building dependable, high-horsepower big-block Chevy engines. He partnered with local dealer, Baldwin Chevrolet, to build brand-new, fully-warranted, enhanced versions of Chevy muscle cars. Rosen’s cars were extreme and he was the only guy back then building Corvette supercars.

Phase III Supercars were reasonably priced and guaranteed to run 11.5s (or quicker) in the quarter-mile. Meanwhile, Rosen was dreaming of his own GT car to take on Europe’s best. Joel began where the regular Phase III Corvette ended. Since every car was built to the customer’s specs, we’ll look at Rosen’s prototype ‘68 Corvette. First, the engine was disassembled and blueprinted. A low-restriction air filter was used with a 1,050-cfm Holley four-barrel carb on an aluminum high-rise manifold. The engine had tube headers, a Motion Super/Spark CD ignition, and M/T finned valve covers. The exhaust was a factory side-pipe system with chambered pipes. Horsepower was rated at 500 on Rosen’s dyno. The suspension received special shocks, bushings, and springs, along with a single traction bar. The wheels were 15-inch slotted alloys mounted with wide Goodyear Polyglas tires.

Every GT was different, but a well equipped Phase III GT cost over DOUBLE that of a new Corvette.

At the ‘69 New York International Auto Show, people were stunned by the GT’s, muscular good looks. The Monza Red ‘68 prototype had the distinctive Motion stripping package. All four wheel-wells were flared to cover the wide tires, the side vents were reversed, and remote-controlled mirrors were used. The fastback rear window opened up the rear storage area and the rear deck had a Le Mans quick-fill gas cap.

Zora Arkus-Duntov was at the show and gave the GT his blessings. The starting price was $10,500 – over double the cost of a stock ‘69 Vette. Production GTs had fixed headlights and the stock taillights were replaced with two sets of three slotted lamps. 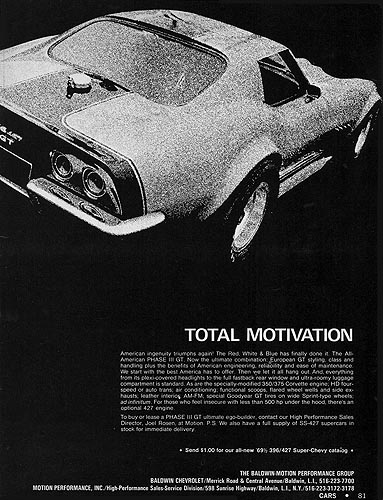 Rosen spun the wrenches and Marty Schorr of CARS Magazine kept Corvette fans stoked with ads such as the above.  Stark black & white mezotint screen, blunt headline, and minimal verbiage, lets the Phase III GT do most of the talking. Brilliant!

The Phase III GT Corvettes were built from ’69 through ‘71 and approximately 12 cars were made. No two were alike. No doubt the mega-buck price was a major factor. A loaded ‘70 Phase III GT turned out to be one of the most expensive of the Phase III GT Vettes, costing a mind-bending (at the time) $13,000. Only five Phase III GTs are known to still exist.

Specialty Corvettes have come a long way since 1969, and many other tuners have applied Rosen’s concept to their own dream machines. “Mr. Motion” was the first. 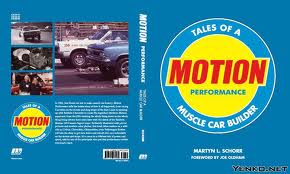 PSS – You can get the whole Baldwin-Motion experience story from the man that was there, Marty Schorr, in his book, “Motion Performance – Tales of a Muscle Car Builder.” Click the above cover graphic cover to go to the “Motion Performance” page on Amazon.com to get your copy today.

Prints of this car are available from our collection of Illustrated Corvette Series HERE. 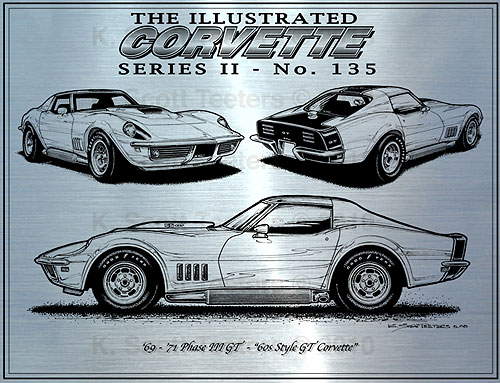 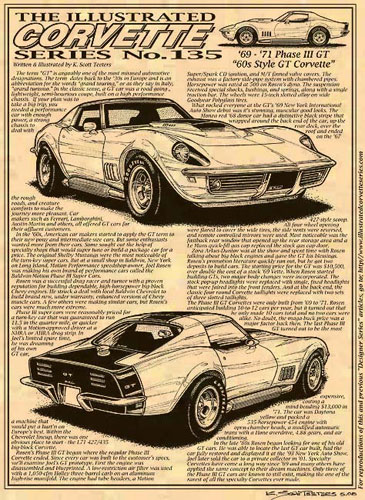 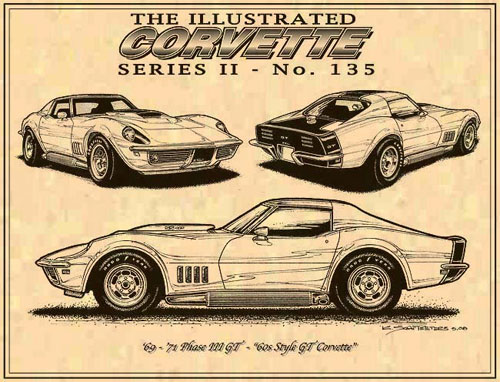