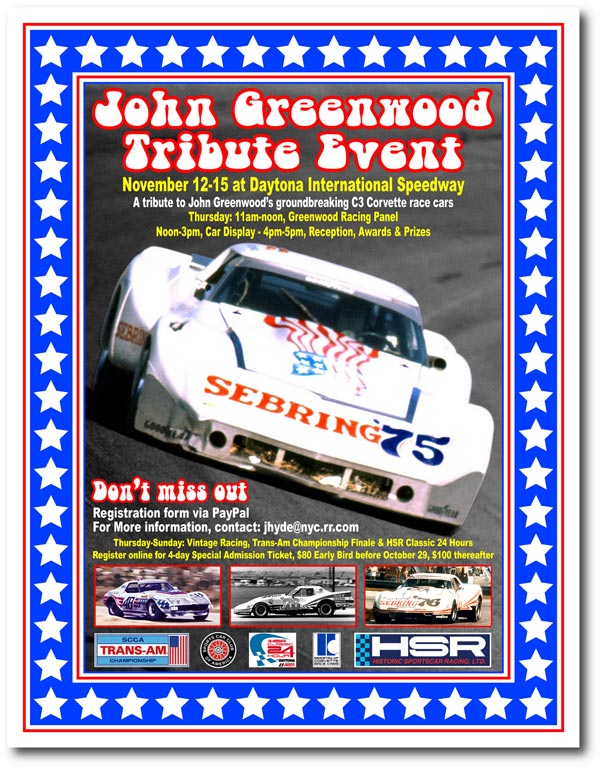 In the entertainment industry, there are a handful of one-name legends that include; “Elvis,” “Cher,” “Ringo,” “Liberace” and a few others. In the Corvette community we have; “Duntov,” “Shinoda,” “Callaway,” “Yenko” and a few more. The name, “Greenwood” is definitely in that short list. Just say, “Greenwood suspension,” or “Greenwood body-kit,” or “Greenwood racecar” and a huge bundle of understanding comes to mind. 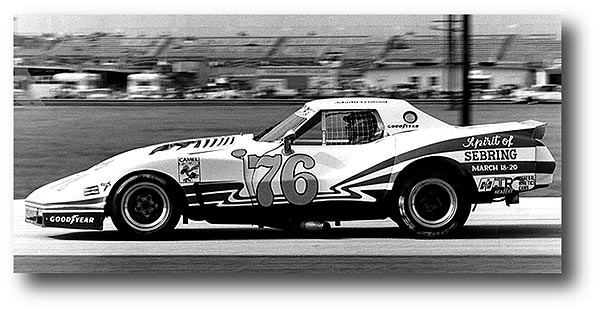 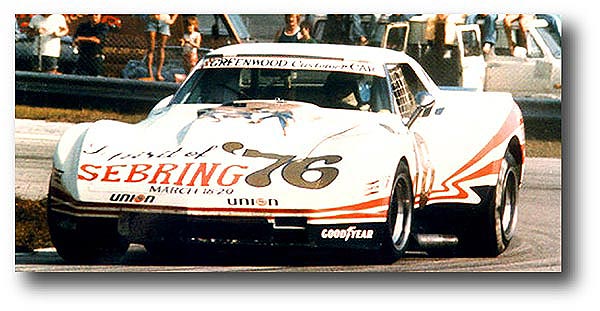 On Thursday, November 12 there will be a panel discussion with fellow racers and friends of John Greenwood. From Noon to 3pm Corvettes will be on display with an open invitation to race cars that are equipped with Greenwood parts, Greenwood body kit equipped Corvettes, as well as Corvettes in general. Then from 4-to-5 pm there will be a reception with awards, and prizes. 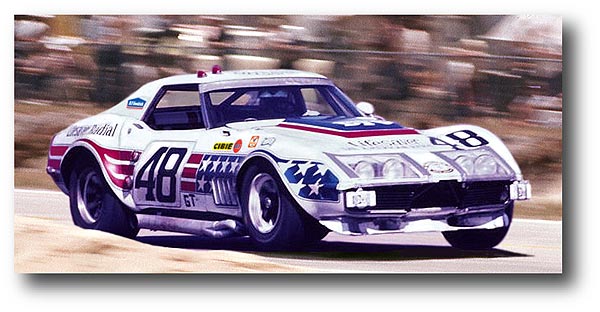 Corvettes and racing go together like peanut butter & jelly, and pizza & beer. The Greenwood racecars represent the end of the era of “mechanical” race cars, sans any kind of electronics. Pure, man, machine, muscle, and guts! – Scott