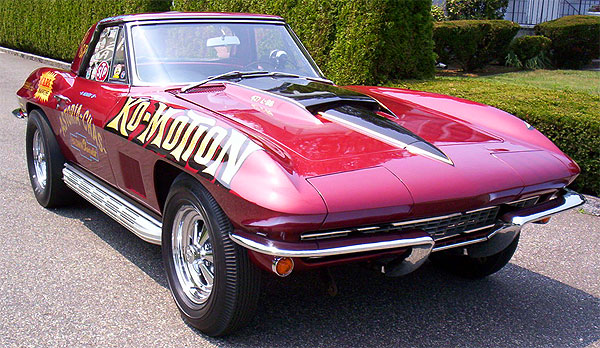 As a lad growing up during the muscle car era in the South Jersey/Philadelphia area, CARS Magazine was my favorite car mag. The publication had a definite East Coast flavor and the magazine slightly favored Chevys, which was perfectly fine with me at the time. One of my favorite cars of the day was the 1967 427 L88 drag racer, “In Memory of Astoria-Chas” 427 L-88 Corvette roadster. The story has all the elements of legend; brutally fast, quick car, great looking, owned and driven to national prominence by a young fellow, not much older than myself and my Chevy pals.

Fortunately, the car is still around and looks the way it did when it set the AHRA Nation Record of 11.04 @ 129 mph. Later, the car ran a best-ever 10.47 et. While the L88 still runs, the current owner, Glen Spielberg, does not “run” the car on the strip, as he has given his word to the Snyder family that he would not restore or race the car. Besides, the car still has its original, 40-year old tires! A stock ‘67 L71 427/435 Corvettes were solid high 13-second cars. A Mid-10-second version was MIND BLOWING back then!

Since the Astoria-Chas Corvette was a Motion performance prepared car, it got lots of ink in CARS Magazine. Below is one of many CARS articles on the car. Unfortunately, I do not have the end of the story on page 74. However, I did cover the car as Illustrated Corvette Series No. 129 back in early ‘08. The story copy is below the CARS article scans. 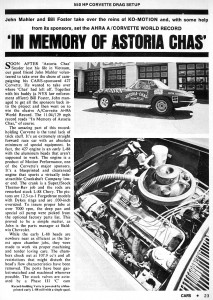 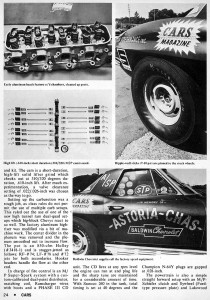 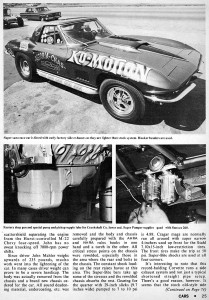 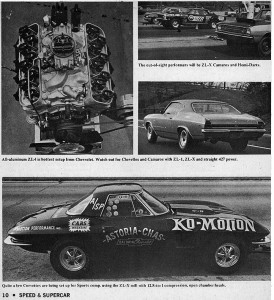 Also, at the bottom of this post are links to some other interesting Astoria-Chas material. CARS editor, Marty Schorr often took his little daughter, Collier to the drags to see the KO-Motion Corvette. Collier had an art show in ‘07 featuring her drawings and recollections of Chas Snyder. I’ve included links to two articles that covered Collier’s show. END_OF_DOCUMENT_TOKEN_TO_BE_REPLACED