Dateline: 1.20.18 Image Barrett-Jackson – Anytime a car auction hits the million dollar mark, it’s a thrill. Thirteen years ago this unique cut-away 1965 Corvette Coupe sold for $640,000 – a BIG number in 2005. But we sure do love round numbers that are BIG. 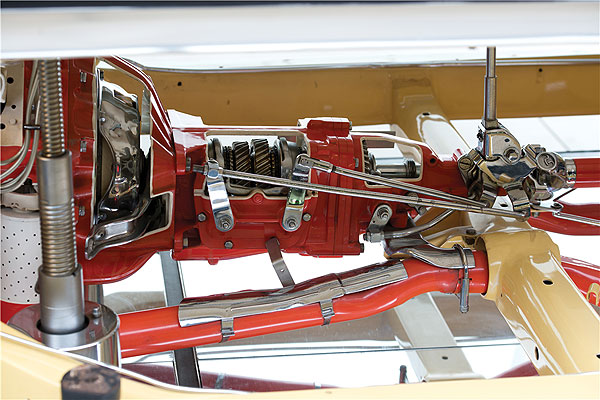 Be sure to check out not only that hot auction video above, but the demonstration video below END_OF_DOCUMENT_TOKEN_TO_BE_REPLACED

Dateline: 7-12-17 – Obviously there’s a first-and-last of every Corvette ever built. Unfortunately, there was no pause for celebration on July 12, 1967 when the very last C2 Corvette Sting Ray rolled off the St. Louis Assembly line. Not even a moment for a snap shot! Too bad! But forty years and three months later there was PLENTY of celebrating at the October 2007 Barrett-Jackson Scottsdale Auction.

Up until the last C3 rolled off the St. Louis assembly line, no one paid attention to these cars. The VIN number indicates that this was the last C2 Sting Ray to ever be built, Terry Michaelis, owner of ProTeam Corvette, in Napoleon, Illinois bought the rough Corvette END_OF_DOCUMENT_TOKEN_TO_BE_REPLACED

Dateline: 9-25-15 – Car auctions are a ton of fun! I mean it doesn’t take long and the sing-song of the auctioneer starts to have a happy sound. But not as happy as seeing someone getting an awesome deal on a stunning Corvette.

In 1991 the ZR-1 was the “Corvette to die for!” Everything was SO exotic, it’s too bad Chevrolet played it outrageously safe with the body styling that looks almost exactly like a regular Corvette. On well, ZR-1s are still beauties and the only way it could get better was to have Callaway Engineering do their thing on top of what was already Corvette’s flagship model. END_OF_DOCUMENT_TOKEN_TO_BE_REPLACED