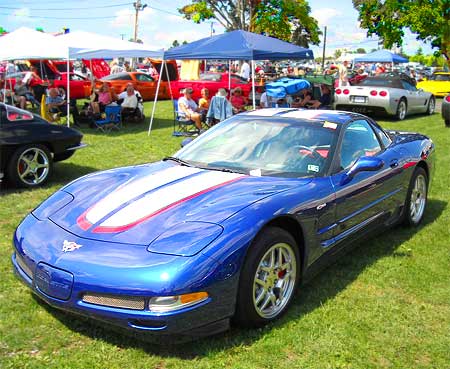 Chevrolet sold just under 250,000 C5 Corvettes during its eight-year production run.  While under the leadership of Corvette chief of engineering Dave Hill, the Corvette moved more into the realm of a finished GT car than ever before. The new LS1 engine was stronger, the chassis was more rigid, the ride was more forgiving and precise, and the interior had more room for passenters and storage. And thanks to the C5-R Corvette Racing program and plenty of tuners, the new GT Corvette was more of a brute than it had ever been – but now it had refined manners to go along with its grunt.