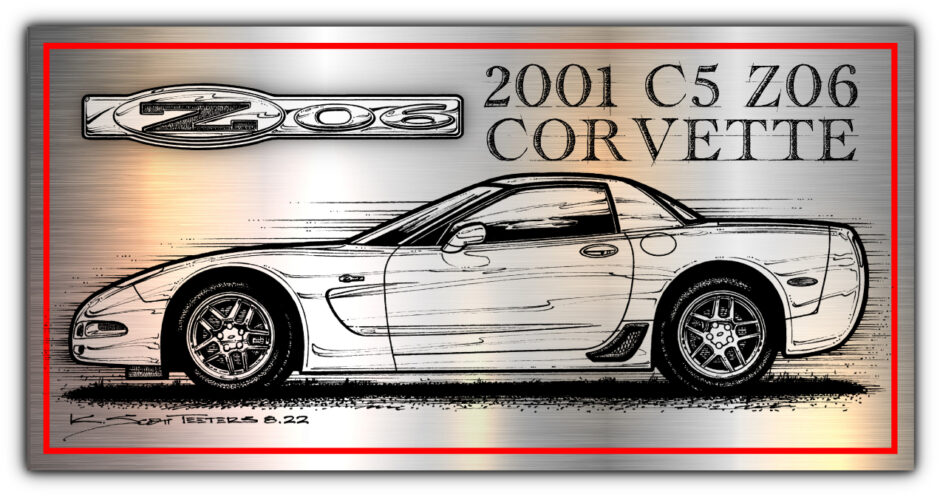 Dateline: 8-16-22 – This story and art first appeared in “VETTE” magazine as part of my “Illustrated Corvette Series” – Details and delays keep rolling out as the Corvette faithful patiently (mostly) waits while GM warns against “flipping” Z06 Corvettes and will VOID the car’s warranty if the owner flips in the first twelve months of ownership. That’s the “stick”.

The carrot will be $5,000 in “My Chevrolet Reward Points”. These are astonishing developments in a historical time in Corvette history. Never before has the production of any Corvette been so challenging. We are indeed living in mega-powerful cars and interesting times. Here’s how the first performance model Z06 hits the streets. – Scott

This was the Corvette to die for! When we think of high-performance Vettes, we usually think of the glory days of the big-blocks or the exotic, DOHC ZR-1. Those stump-pulling big-blocks were pricey and not always easy to live with. And while the ZR-1 was a jewel, it cost nearly twice as much as the base Corvette. All that changed in 2001, with the arrival of the Z06—a genuine performance bargain. 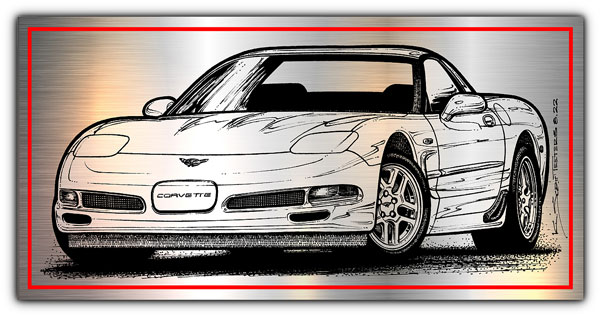 The Z06 was a runner, with performance numbers to prove it. With a power-to-weight ratio of 8.09:1, the car could sprint from 0-to-60 in just 4.0-seconds and complete the quarter-mile in 12.6-seconds at 114-mph. Top speed was just over 170-mph. Even gas mileage was astonishing. So long as you weren’t hot-dogging around, the Z06 could get 18-mpg in the city and 28-mpg on the highway. The best part was that this kind of performance could be ordered from your local Chevy dealer for about the same price as a Corvette roadster.

The hardtop version of the C5 was the perfect platform for the Z06 because it was the stiffest of all three Corvette body styles. Since another 35-horsepower was being added to the car with the new LS6 (whose name saluted the old 454 days), the chassis and body had to be as rigid as possible. END_OF_DOCUMENT_TOKEN_TO_BE_REPLACED