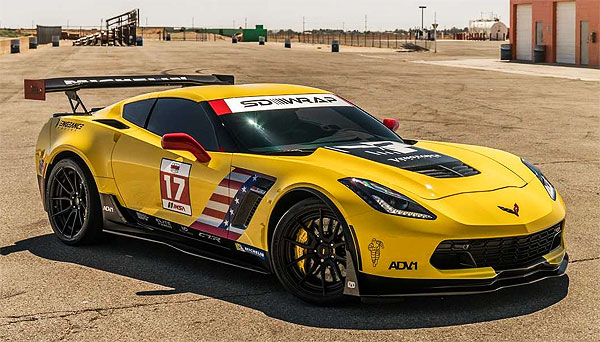 With the 2018 racing season completed and the Corvette Racing Team racking up another championship the timing of the Speed Society Z06 couldn’t be better. The Z06’s LT4 engine has been goosed up to 850-horsepower and the deco on the car is a salute to the C7.R. The ZT1 rear wing and ADV.1 two-piece forged alloy wheels pulls the whole look togethe Read More

For its day, the Z06 was a runner, so let’s just right to the performance numbers. With a power-to-weight ratio of 8.09:1, the Z06 could clock 0-to-60 mph in just 4.0-seconds and the quarter-mile in 12.0-seconds at 114-mph. Top speed was just over 170-mph! This was Dreamland in 2001! The best part was that this kind of performance could be ordered from your local Chevy dealer for about the same cost as the Corvette roadster. Gas mileage for this beast was astonishing. So long as you weren’t hot-dogging around, the Z06 could get 18 mpg in the city and 28 mpg on the highway. Read More