Dateline: 11.15.17 (All images GM Archives, except where noted) The wait is FINALLY over! If you recall, the C7 ZR1 was supposed to make its debut last January at the Detroit Auto Show, but was a no-show. Since then, there was a steady stream of reports, rumors, and spy photos of heavily camouflaged ZR1 engineering mule cars. Lots of tease, no solid details.

The December 2017 issue Car and Driver is first off the line to splash the new ZR1 and I’m sure the rest of the automotive print publications will be dedicating their covers to what is now being called, “The Ultimate Front Engine Corvette!” (Note the reference to “front-engine” as a primmer for the mid-engine C8.) But yes, the new King will get boat loads of ink.

If you recall, Car and Driver splashed the C7 ZR1 on its April 2017 issue with the cover story, “25 Cars Worth Waiting For”. After that, it certainly seemed like, “any day now” the ZR1 would arrive. Then the LONG wait began. I recently said to my Corvette friend, Mike Wahl, “This has been dragging on so long now, I’m getting bored!” Mike agreed.

Of course, only the Corvette engineering gods have driven the new ZR1, so us mere mortals will have to wait and be satiated with images and words. The Car and Driver December 2017 story quotes Corvette chief engineer Tadge Juechter describing the ZR1 as, “… the most we know how to do…” He also described the ZR1 as, “… a high-powered grand touring car.” Yes indeed, GRAND!

The 2019 ZR1 will not be available until spring 2018. Sooo… We’ll have to continue waiting. But for now, enjoy the juice images and details. – Scott

* Available as a coupe and a convertible: Disguised convertible configurations with a wing have been seen. Although the ZR1 shown for official debut is a coupe, a convertible is likely.

* The LT5 Engine: The LT5 6.2-liter V8 that produces 755 horsepower and 715 pound-feet of torque. The throttle body is larger and the crankshaft is stronger. No double overhead cams (DOHC) setup, it’s not needed, besides, the larger heads and extra camshafts and all the gear-work makes the engine top-heavy, thus raising the car’s center of gravity.

* Intake System: The dual-fuel-injection system employs primary direct injection and supplemental port injection. When the new LT1 came out in 2014 with direct-injection we thought that was it, the ultimate setup. But why not have both? No one was looking for that! 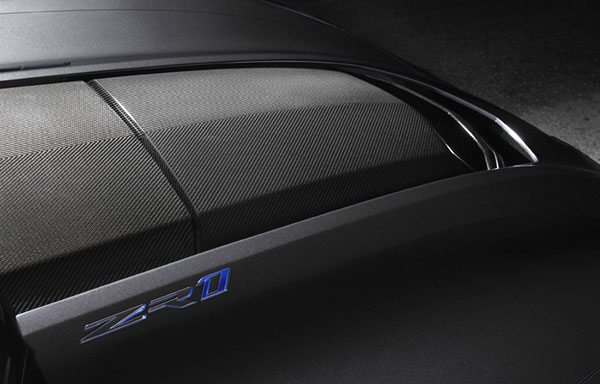 * Exhaust System: Same as the Z06’s, including RPO NPP Dual Mode Exhaust System. Plus the the exhaust system has a newly Patented internal valve that is spring-loaded inner flap, similar to the exhaust flap atop the exhaust stack on a big rig tractor. When exhaust pressure reaches a prescribed level, the flap gradually opens. Yes, the system is loud. The C7 ZR1 will likely be the loudest Corvette since the days of the 1965-1967 427 big-blocks with side pipes. HURRAY!

* Transmissions: Seven-speed manual (for Old School fun) or an eight-speed paddle-shift automatic transmission. Sorry, the Camaro’s 10-speed transmission does not fit into the Corvette’s architecture. Perhaps the C8 will have the new 10-speed automatic.

* Suspension: Essentially the same as the Z06, but with Magnetorheological Dampers and slightly different tuning. 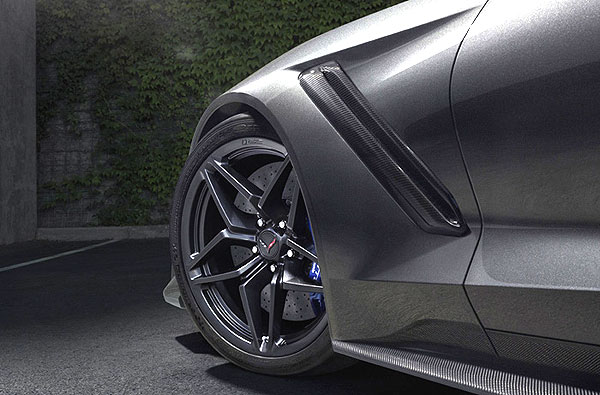 * Brakes: The standard ZR1 brakes are the optional Z06 brakes.

* Unique Body: The ZR1’s bodywork was designed by Tom Peters. From the A-pillars back, the ZR1 is the same as the Z06. From the A-pillars forward, there are no shared body parts. The front has four new heat exchangers. Behind each front nostril is a new radiator and intercooler. Peters did extensive wind tunnel research to maximize incoming airflow. 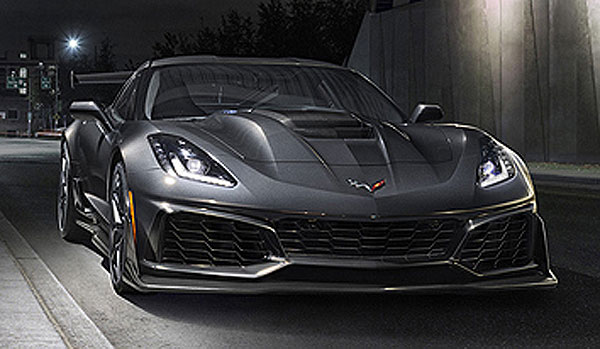 * Aero & Ground Effects System: There are two aerodynamic packages available. The standard rear Low Wing allows the C7 ZR1 to achieve at least a top sped of 210 mph – 5-mph more than the C6 ZR1. The standard low wing delivers 70-percent more down-force than the base aero package on the Z06. The optional ZTK High Wing package delivers 60-percent more than the most maxed out aero Z06 available. Wing can be angled up to 10-degrees with manual adjustment. Top speed for the ZR1 equipped with the optional ZTK tall wing is not available.

The High Wing provides an estimated 950 pounds of down-force! The new wings help generate more down-force without adding drag, thus enhancing road holding and top speed. The C6 ZR1’s top speed was 205-mph and was limited with a speed governor, as engineers were concerned with the car’s stability over 205-mph – a concern all Corvette owners share, I’m sure. Wouldn’t want to get squirrelly at 210-mph! 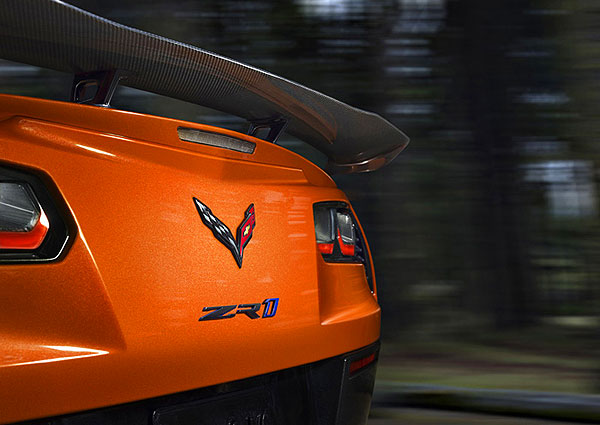 Price: Car and Driver suggested a starting price of around $120,000.