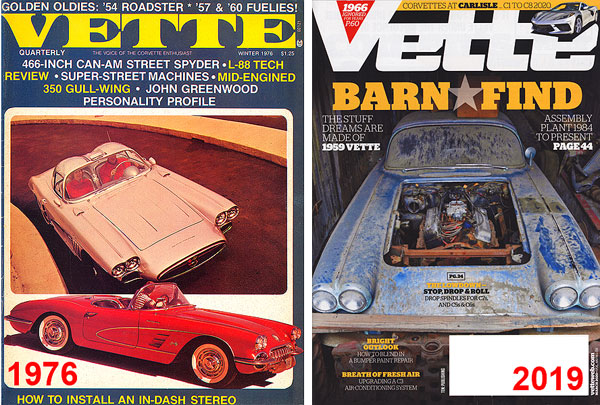 Dateline: 2.25.20 – On December 6, 2019 I received an email from Vette magazine editor Brian Brennan. The title of the email said it all; “Vette is Terminated”. I wasn’t surprised, as I’d been hearing rumblings that the magazine was on thin ice for well over ten years. 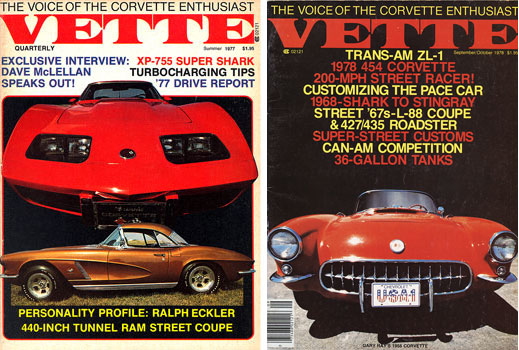 Just the same, it was a sad day for me. Instantly I was back in the summer of 1976 when one hot steamy day in southern New Jersey at my local newsstand at the Cherry Hill News Stop at the corner of Haddonfield Rd. and Chapel Avenue in Cherry Hill, New Jersey; I saw a new magazine that stopped me in my tracks. There among the rest of the familiar car magazines was a new title; “Vette Quarterly”. 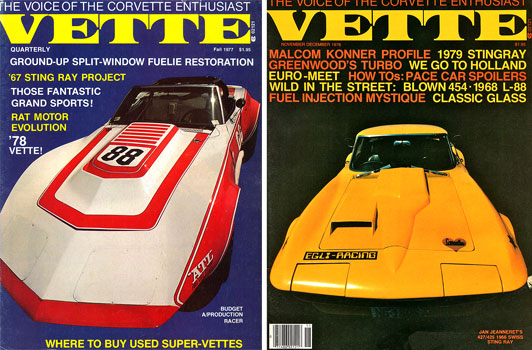 I had been haunting the local magazine stands for car magazines since 1965 and I was always on the lookout for Corvette special editions, but this was better than any special edition I’d ever seen. Vette Quarterly was “Corvettes-only” and I wanted to be part of this new publication. My favorite car magazine then was “Hi-Performance CARS”; a great east coast publication filled with the kinds of cars I saw on the local street scene and at the Atco Raceway and Cecil County Drag-O-Way where I’d been working as one of the weekend track announcers since 1972. 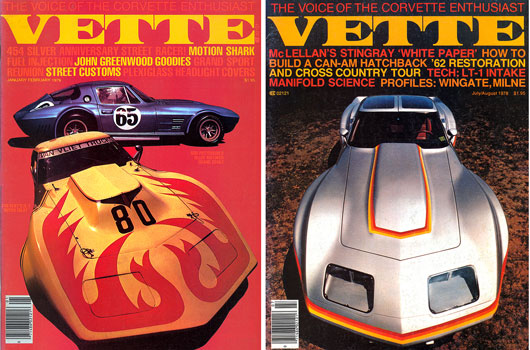 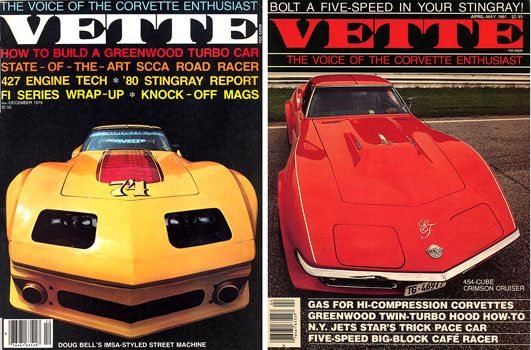 I’d been drawing for several car magazines for two years, so I made copies of my best illustrations and wrote a letter asking if I could be a contributing illustrator for Vette Quarterly. A week later, I got a call from Marty. As soon as I heard Marty’s voice, his Big Apple accent told me who was on the phone. Marty said, “Scott, I got your samples, very nice. What would you like to do?” That was it, I was in! 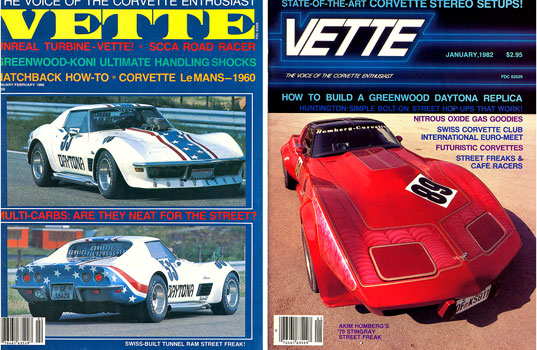 What I didn’t know was that that was the beginning of a 43-year long relationship with the publication. Vette Quarterly went bi-monthly in a few years and then by the early 1980s was a full-fledged monthly, Corvette-only magazine and I was part of it. 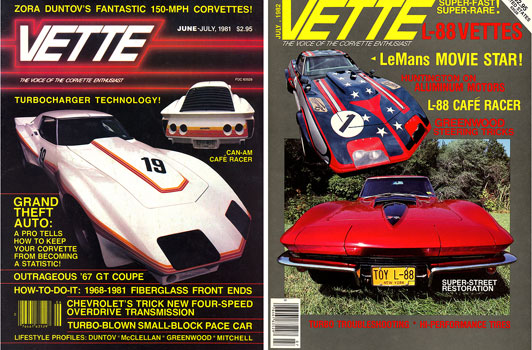 In the early ’80s Marty moved on to start his successful marketing and PR business, “PMPR, Inc, Public Relations & Marketing Agency”. As the decades rolled on Vette magazine was sold and bought by numerous publishers and somehow I managed to stay on as a contributing artist and writer. 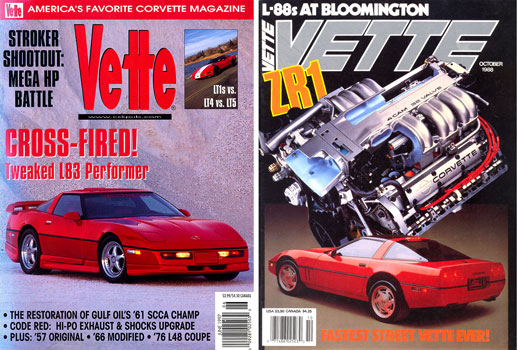 In the spring of 1997 I pitched then editor, Richard Lentinello a concept I called, “The Illustrated Corvette Series” as a monthly column. Lentinello liked the idea but didn’t have an open page for another columnist, so it was, “Thanks, but no thanks”. A week later Lentinello called me to ask if I still wanted to do a column, as one of his other columnists informed him that he could no longer do his column. Of course, I said, “Yes!” My plan was to cover every year Corvette in chronological order; so maybe I’d have 50 installments. When Vette magazine was shuttered last December I had completed 275 installments and got a book deal from Car-Tech Books in 2010.

So, when I learned that Vette magazine was finished it was a sad day, as I never dreamed that my association with that one specialty publication would last so long. Along the way, in addition to my monthly column, I did a lot of feature stories. All of my feature stories and many of my monthly columns were published on www.SuperChevy.com. To check them out,, just use the search tool at the top of SuperChevy.com’s website. 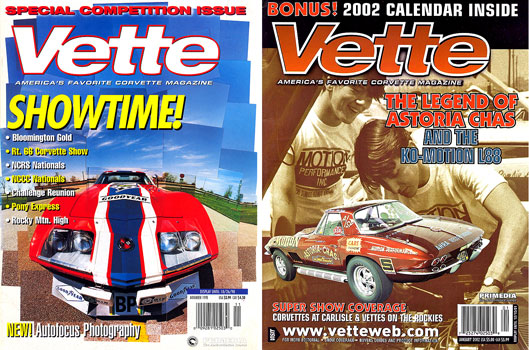 In 2008 Vette published an interview with Marty Schorr where he shared with our readers how he got into the magazine biz and how and why he launched Vette Quarterly. Then in 2016 I wrote “Happy 40th Birthday Vette Magazine”.

Below are links to the two mentioned stories, as well as the transcript of when I interviewed Marty and Joel Rosen on my “Far Out Radio” show where they shared how they created their Baldwin-Motion Phase-III Supercars. 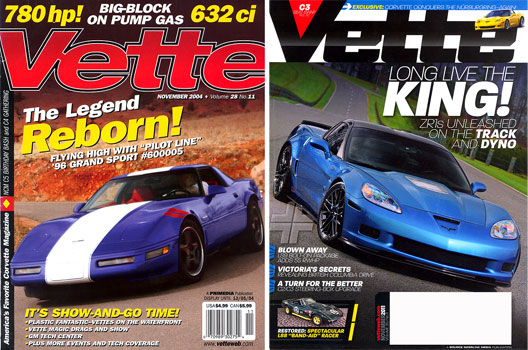 Will Vette magazine ever be resurrected? The paper publishing world is rapidly shrinking, even for mainstream magazines, so it is doubtful that we’ll ever see Vette magazine on the newsstands again. But, you know that old saying, “Never say never”. Anything could happen. We’ll see. – Scott