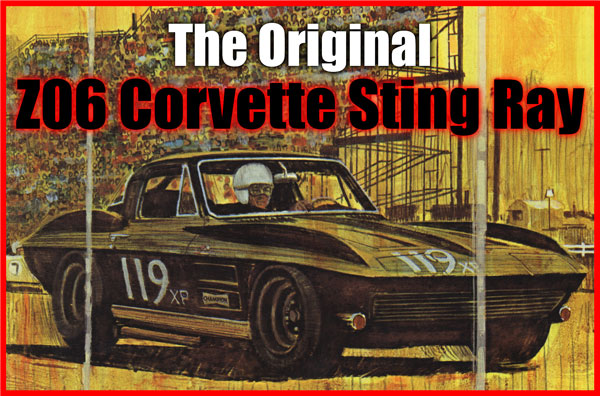 Dateline: 6-3-22 This story originally appeared in the February 2008 issue of Vette Magazine

Introduction: The C8 Z06 has just about taken all the air out of the room when it comes to talking about Corvettes. The April 28, 2022, Michelin Corvette Bash at the National Corvette Museum was astonishing. Engineers from Michelin and the Corvette team were on hand presenting seminars loaded with technical information about the new C8 Z06. A week or so later, Team Corvette teased fans with a 30-second teaser of the 2023 Hybrid All-Wheel-Drive Corvette that will supposedly be released in 2023.

Just this week (the first week of June 2022) it was announced that GM filed a copyright for the name, “Grand Sport”, an indication that there WILL be a C8 Grand Sport. It is a dynamic and exciting time for all-things-Corvette. But for now, let’s go back to the beginning, early 1962 when Zora Arkus-Duntov, the Silver Fox, started laying out plans for a racer kit for the upcoming new 1963 Sting Ray. Zora wanted his racers to have the edge they needed. – Scott

Corvette racers never had a better friend than Zora Arkus-Duntov. For the most part, Zora was good at sidestepping GM’s “we don’t race” edict. For those who knew what to look for, there were always plenty of “heavy-duty” and “off-road” options for Corvettes. As the new Sting Ray was being prepared for the ’63 launch, Duntov assembled the most advanced Corvette box racer to that date – the Z06. 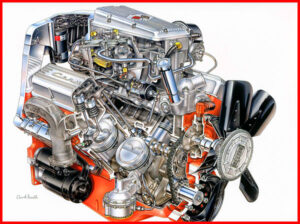 By the late ‘50s, the solid-axle Corvettes had established themselves as competitive race cars. Underneath the all-new Sting Ray body was the real breakthrough: a four-wheel, independent suspension. The fuel-injected small-block engine had been opened up to 327-CID in ’62 and now packed 360-horsepower. The all-new suspension of the Sting Ray was essential to better use the extra power on the race track.

Racing packages have never been cheap. The Z06 package was the most expensive Corvette offered to that date. Costing $1,818, the Z06 option was very pricey. But there were other options that were mandatory for the Z06. Those options included the L84 Fuel-Injected 327, the close-ratio 4-speed transmission, and the positraction rear axle. 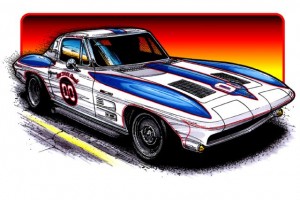 The hardware included in the Z06 package was amazingly advanced for its time. With plenty of power on tap, most of the Z06 extras were designed to enhance the suspension and brakes – critical elements for racing. The front suspension had stiffer shocks, beefier springs, and a thicker, .94-inch stabilized bar. The rear suspension had a 7-leaf transverse spring – two more than the stock setup.

To fit the larger 7.75 x 15 racing tires, the rear inner wheel wells were wider. The knock-off alloy wheels were an on, and off, and on again part of the Z06 package. Not all Z06 cars had knockoff wheels. To reduce the number of pit stops, a 36.5-gallon fiberglass gas tank was included. Interestingly, this part of the Z06 would remain an option through to ’67.

But the real advancement could be found in the car’s race-designed braking system. Many of the older Corvette race cars had less than inadequate brakes. The system was completely new, from its vacuum-assisted, dual-circuit master cylinder to its finned brake drums. Each brake had a cooling fan built onto the hub, and the front units were further cooled by external air scoops.

To complete the new cooling system, each drum featured five vent holes. The cerametallix brake pads were not for street use and were almost useless until heated up. While the ’63 Z06 was theoretically streetable, it was a noisy, hard-riding car away from the race track. 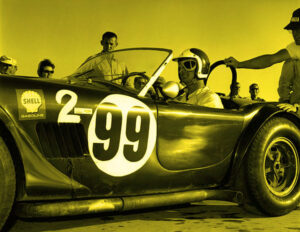 For a mass-produced sports car, this was an impressive package that should have propelled the new Sting Ray into the winner’s circle with considerable frequency. Unfortunately, there was another race machine being built at the time by a Texas chicken farmer/racer named Carroll Shelby. Shelby’s little Cobra had as much power as the Corvette and weighed 1,000 pounds less.

A Default Win For the Z06

But because they were both considered “production cars,” the Vette and the Cobra competed in the same class. Mickey Thompson raced one of the first six Z06 cars and won the L.A. Times Three Hour International in October 1963. It was a default win, however, as the leading Shelby Cobra broke.

The Z06 package had no external markings, so it never developed the kind of performance mystique enjoyed by the L88. Until the arrival of the ’01 Z06, the ‘63 Z06 Vettes were mostly forgotten. But the Cobra problem aside, Z06 equipped Corvettes did rack up wins. The official Z06 production count was 199 units, making the Z06 one of the rarest Vettes ever offered.

Meanwhile, back in his private skunkworks, Duntov was working on a Cobra-killer. Originally Duntov called his secret weapon “the Lightweight”, but we all knew it as the “Grand Sport”. – Scott

We have many Z06 Corvette art prints in our Etsy “Man Cave Art” Store.

To check out all of our Z06 prints, CLICK HERE.

To check out the below Canvas Poster print, CLICK HERE.

To check out the below Canvas Wrap print, CLICK HERE. 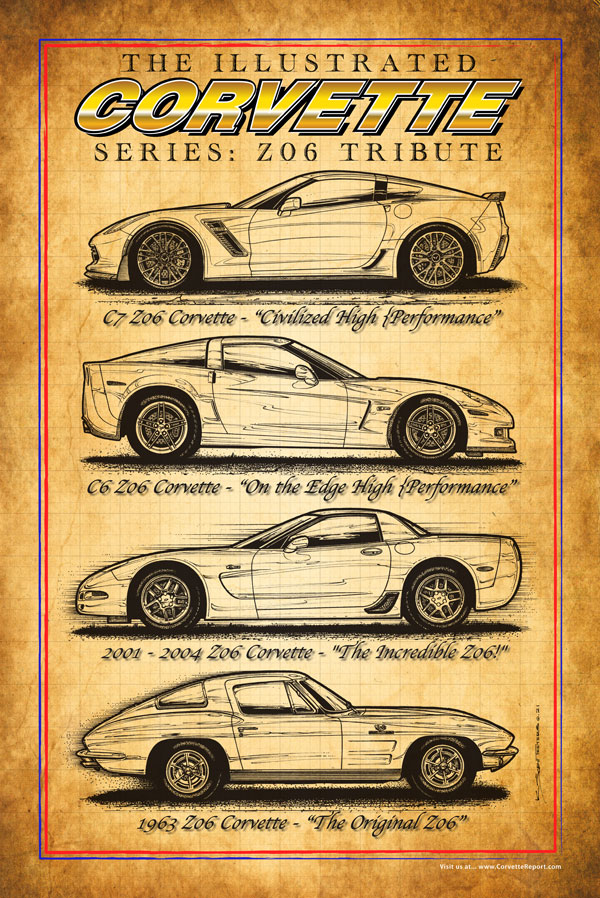