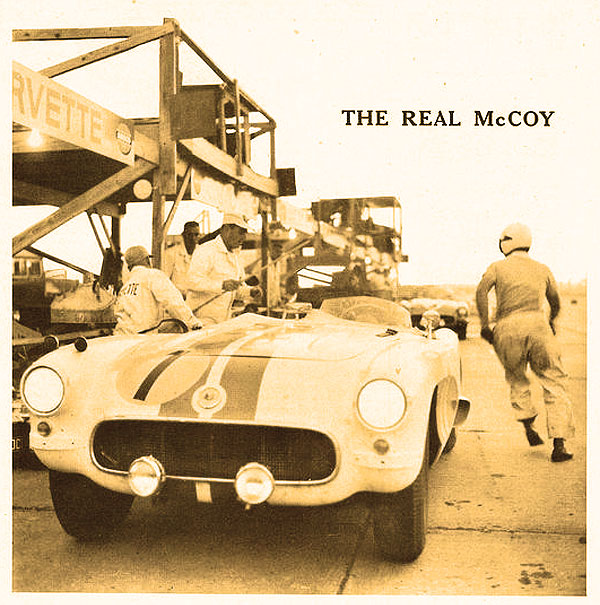 After a successful performance at Daytona Beach in February 1956 where three of Duntov’s specially-prepared Corvettes set speed records on the Daytona beach sand, the three cars were sent back to Michigan to be prepared for the Sebring assault and one more car was added to the team. END_OF_DOCUMENT_TOKEN_TO_BE_REPLACED

Dateline: 9.8.11
A Genuine American Hero and Roll Model For Women

It is with great sadness that we inform you of the passing of another Corvette legend, Betty Skelton. The Corvette community first met Betty in January 1956 when she was part of the three-driver team of Duntov-modified ‘56 Corvettes that were on a hunt for speed records on the sands of Daytona Beach as part of Speed Week.

But Betty was already a champion – a champion of the air. She was the U.S. Feminine Aerobatic Champion in 1948, 1949, and 1950. Betty started flying when she was just 16-years old and in 1948 bought a Pitts Special experimental, single-seater biplane that she named, “Little Stinker.” She tried to join the military’s Women Air Service Pilots (WASP) but it was disbanded before Betty reached the minimum age of 18-1/2. Undaunted, Betty got her commercial rating when she was 18, instructor rating at 19, and became an instructor with the Civil Air Patrol. As if that wasn’t enough, she started aerobatic flying in a Fairchild PT-19. This gal definitely had “The Right Stuff.” 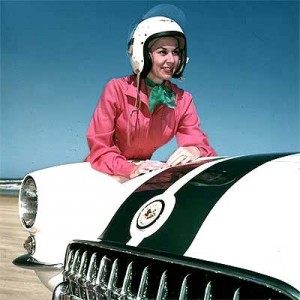 While all this high-profile flying got Betty a lot of attention, it didn’t pay well. She landed a job with Campbell-Ewald as a liaison between Chevrolet and racers that were given R&D parts for “field testing.” She was petite, cute, charming, and formed bonds with everyone she worked with. With her background in flying, and her champion credentials, plus her good-looks and charm, she was a shoe-in for the ‘56 Daytona Corvette team.

For the three-car team, Duntov drove his ‘55 mule Corvette dressed with ‘56 body panels, while Betty and John Fitch drove the specially prepared ‘56 Corvette. For the top speed part of the event, Fitch came in 1st place in the production-sports car class with a speed of 145.543-MPH and Betty came in 2nd place with a speed of 137.773-mph. It should be noted that there were very strong head winds that kept the Corvettes from running over 150-mph.

Four years later, Betty shocked the world by being the only woman to undergo and pass all of the physical and psychological tests given to the Mercury astronauts. There were 7 Mercury astronauts and LOOK Magazine put Betty on the cover in her silver space suit and helmet, with the headline, “Should A Girl Be First In Space?” (pardon the sexist “girl” reference, that just how people spoke then)